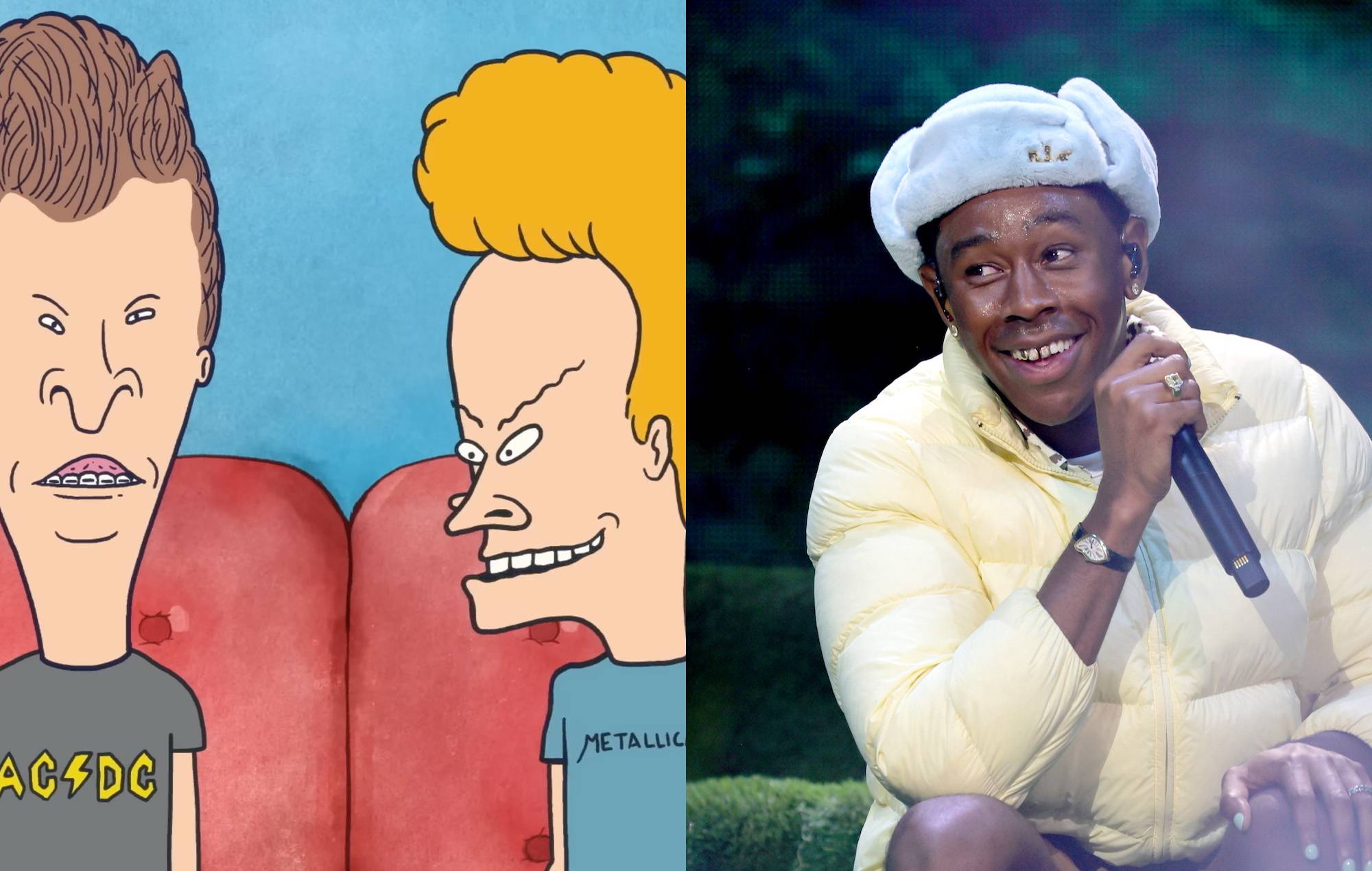 Watch Beavis And Butt-Head react to Tyler, the Creator video

A new episode of Beavis And Butt-Head sees the animated pair react to a Tyler, the Creator music video – see the footage below.

The show’s ninth season – the first in 11 years – debuted on Paramount+ early last month (August 4), and promised that fans will see the titular duo deliver irreverent commentary on music videos by the likes of BTS and Olivia Rodrigo.

In the clip, the characters react to Tyler’s Kali Uchis-featuring video for ‘SEE YOU AGAIN’. Upon seeing the video’s red hat-wearing backup dancers, Beavis says: “What country’s army is this?”

Butt-Head then responded: “I think it’s, like, Europe. Tyler, the Creator’s gonna overthrow America,” he adds.

“Yeah I think he should overthrow America!” Beavis responded. “He’s not like these other politicians, you know? He tells it like it is!”

See the clip below.

First premiering on MTV in 1993, most episodes of the animated series would feature Beavis and Butt-Head (both voiced by creator Mike Judge) watching and reacting to music videos that had come out shortly before the relevant episode had premiered. They tended to react positively to videos with violent or thematically intense content, and gravitated towards rock bands like the Butthole Surfers and Metallica.

This continued with Beavis And Butt-Head’s first reboot in 2011 (when it moved from MTV to Comedy Central, and ran for a single 22-episode season), during which the pair offered commentary on videos for songs by the likes of Skrillex, Katy Perry, MGMT and the Plain White Ts.

Beavis And Butt-Head originally ran for seven seasons between 1993 and 1997, with the first cinematic adaptation (Beavis And Butt-Head Do America) arriving in 1996. A year before its current iteration was announced, Judge let slip that Paramount was interested in commissioning a live-action film based on the titular characters.