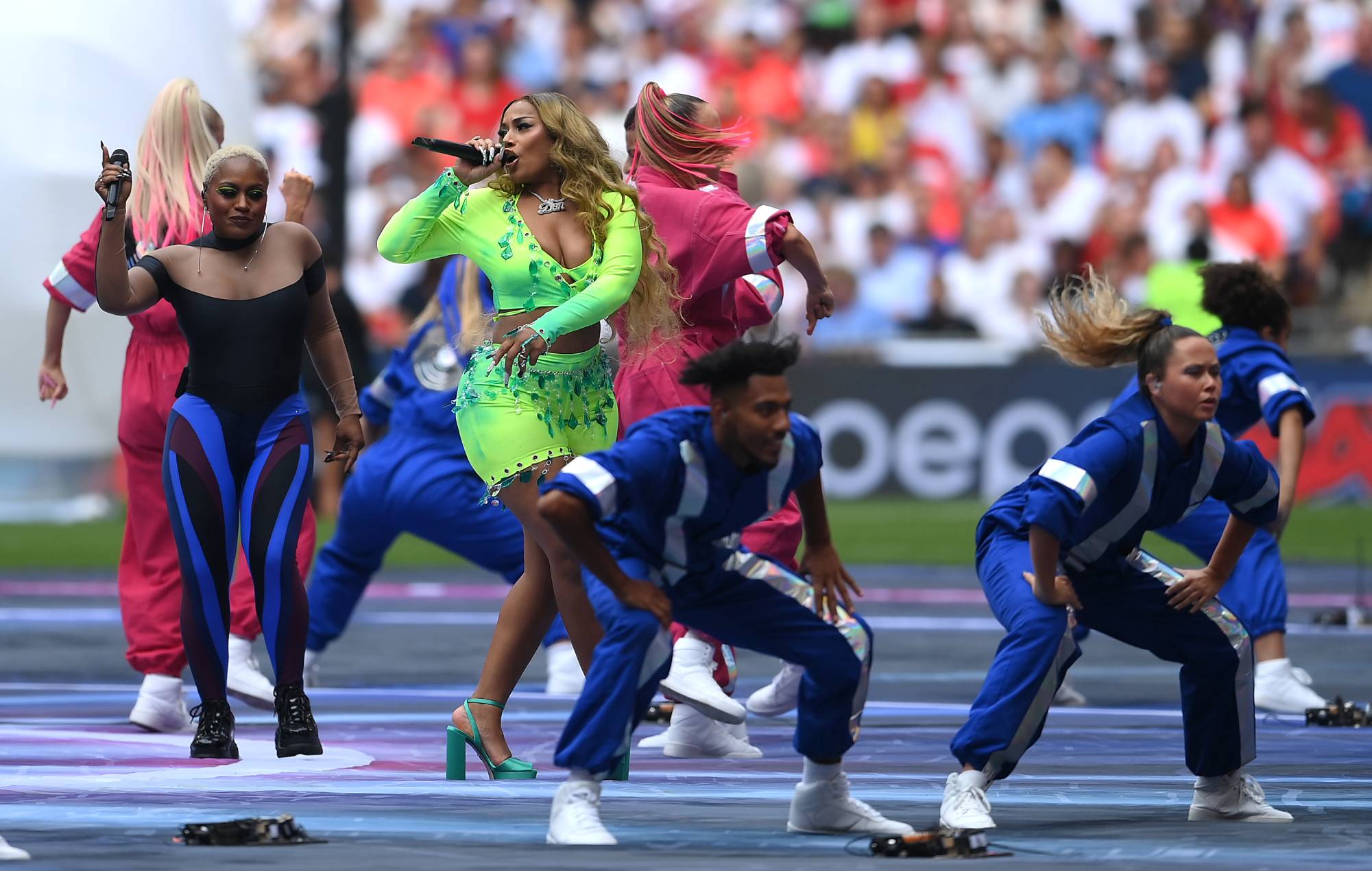 Becky Hill, Stefflon Don and Ultra Naté have performed at Wembley Stadium ahead of the Euro women’s final today (July 31).

The final kicked off at 5pm and sees England’s lionesses play against Germany at Wembley.

Ahead of kick off, Hill, Stefflon Don and Ultra Naté performed at the event. Hill opened the performance before Stefflon Don joined Ultra Naté for a rendition of ‘You’re Free’, which Hill also appeared on towards the end.

Check out some fan reaction to the moment below and watch the full performance here on iPlayer.

Utterly brilliant to see the female powerhouses @BeckyHill, @stefflondon and @ultranatemusic performing an opening set at the @WEURO2022 game. Beautiful, talented, diverse ladies. Sets a great example for female culture …and the songs were a complete bop too!

I’m loving the start of the #EURO2022 Final with @BeckyHill et al pic.twitter.com/mkgS0WC7e7

Stefflon Don? At the Euros Final? Looking amazing! 😍 And Ultra Nate, from the 90’s looking great too! What a tournament this has been! #WEURO2022 #ENG #GER

Not going to lie… music and sports need to be merged more in the UK! I’m not saying a Super Bowl style halftime show for #EURO2022 but I loved seeing the performance given by @BeckyHill @stefflondon @ultranatemusic … this could be something to think about for future events!

Yesterday, Baddiel and The Lightning Seeds gave a special performance of ‘Three Lions’ at Camden’s Electric Ballroom. They were joined on stage by singer-songwriter Chelcee Grimes and women’s players of the past to sing ‘Three Lions (Football’s Coming Home)’ ahead of the final.

Fara Williams, Rachel Yankey and Faye White, who share more than 390 caps between them for England, were among those former players joining the band and Baddiel on stage.

While Skinner was unable to join the band for the performance yesterday, he sent a message to the team and said that he will be “cheering on from the sidelines”.

Skinner said: “The Lionesses are playing some of the most exciting football I’ve ever seen from an England team. I’m gutted not to be there on Saturday but I know David, Lightning Seeds and Chelcee, with those Lionesses who’ve pulled on the shirt in the past, will deliver a unique performance that celebrates their run to the final.”

Baddiel added: “It’s a great honour that ‘Football’s Coming Home’ remains such a fan favourite twenty five years on and it feels fitting that we reflect the amazing achievements of the Lionesses with a unique performance of the anthem at this very special National Lottery gig. And very happy to be part of a one-off performance…”

The game is taking place now (July 31) and is being broadcast live on BBC One, with the build-up starting from 3.50pm, while you can watch live online via BBC iPlayerand the BBC Sport website.