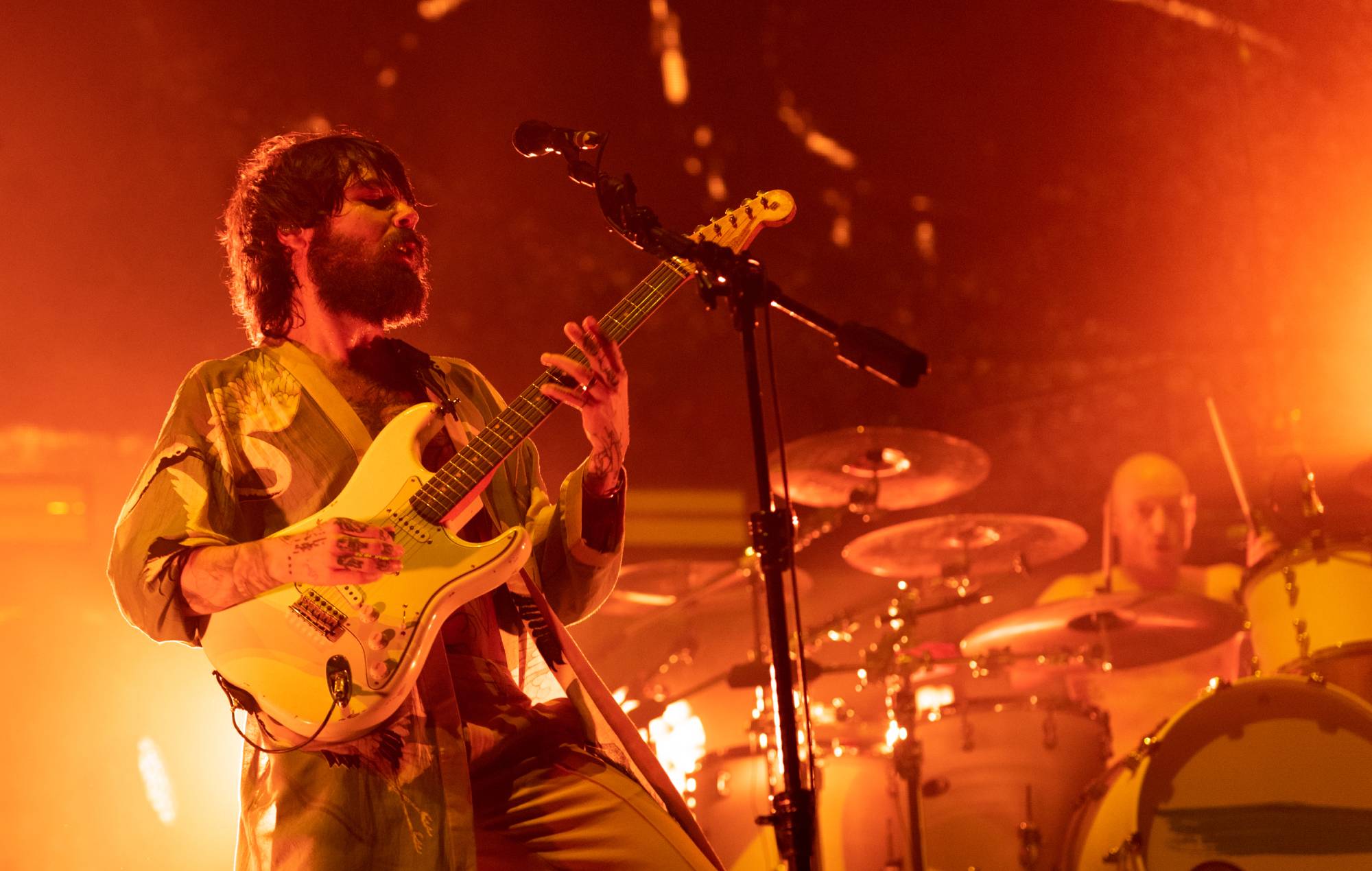 Biffy Clyro debuted their latest single ‘Unknown Male 01’ during their gig on Glasgow Green last night (September 9) – check out fan-shot footage of their performance below.

The trio released the track last week (September 3) to announce their forthcoming new album ‘The Myth of the Happily Ever After’, which is set for release on October 22.

Biffy gave ‘Unknown Male 01’ its live debut last night during their outdoor gig in Glasgow, with the new song receiving a warm reception from their fans.

You can watch Biffy Clyro perform ‘Unknown Male 01’ at their Glasgow Green gig below.

North of No South
That Golden Rule
Tiny Indoor Fireworks
Biblical
57
Who’s Got a Match?
Instant History
Mountains
Black Chandelier
End Of
Wolves of Winter
Space
Unknown Male 01 (debut live performance)
9/15ths
Animal Style
There’s No Such Thing as a Jaggy Snake
Re-Arrange
The Champ
Living Is a Problem Because Everything Dies
Bubbles
Many of Horror

Prior to the show, Biffy Clyro shared an image on their Instagram of frontman Simon Neil posing with Yungblud, who supported the band last night, along with Frank Carter & The Rattlesnakes and Porridge Radio.


Back in May, NME spoke to Biffy Clyro on the red carpet at the 2021 BRIT Awards, where the band revealed that they had finished their new album the previous week.

Asked if the LP could still be considered a “sister record” to its predecessor, Neil replied: “Originally it was going to be completely hand-in-hand. They do relate, but because we didn’t tour I ended up writing about seven or eight new songs for the album. Originally it was intended to be a few off-cuts from ‘A Celebration Of Endings’, but now it’s got wonderful new art and it’s kind of its own beast.

“The lyrics correspond at certain points and there are a lot of Easter eggs for fans in there, but it’s a proper record. It’s not like we headed in, rushed it and banged out a few songs – it has become this epic ‘meister werke’, if I can say that about our band, which I can’t. I’ve turned full dickhead now! I’m sorry.”