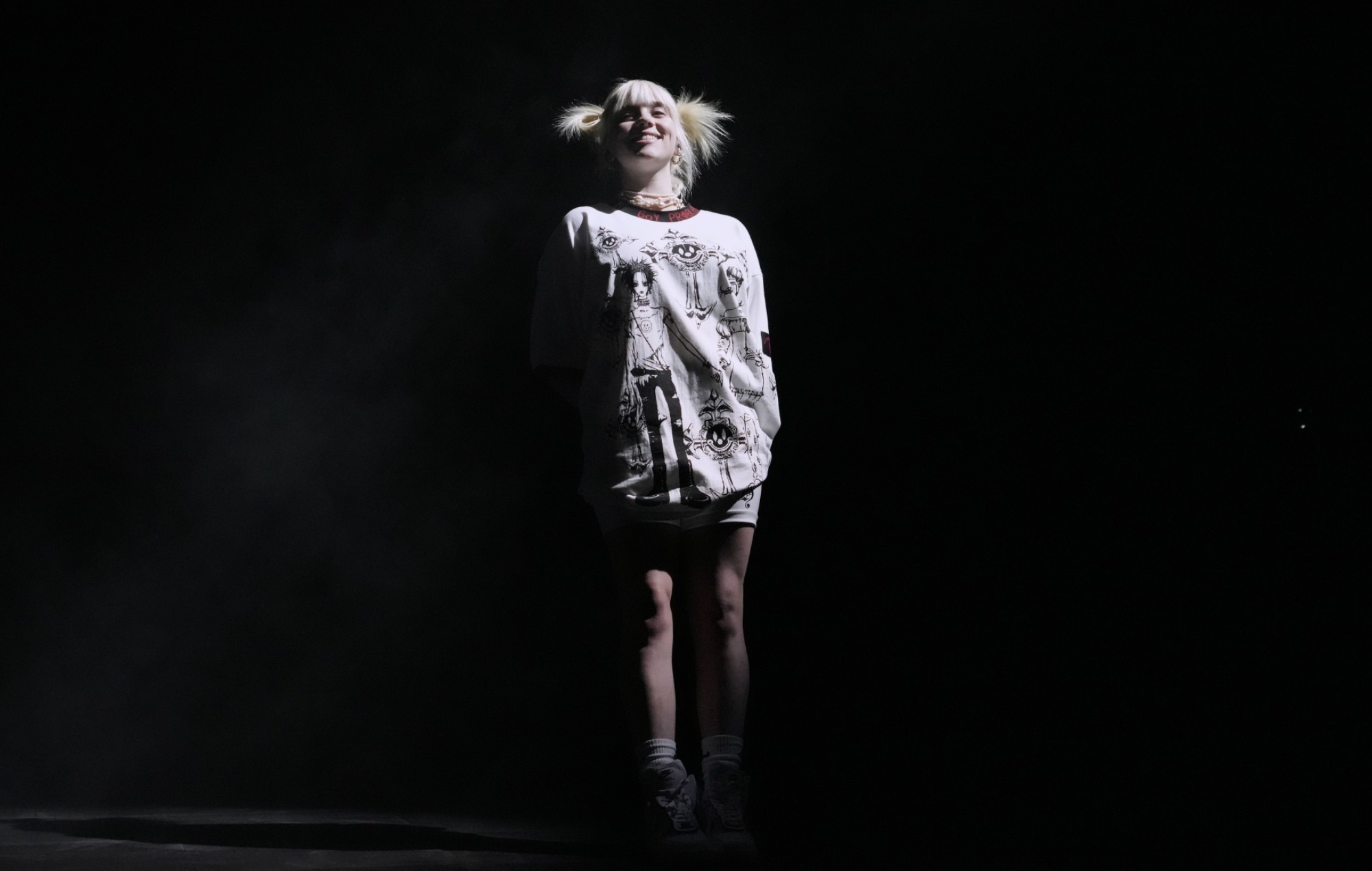 Billie Eilish has given three more tracks from her latest album, ‘Happier Than Ever’, their live debut as part of her headlining set on day three of the Life Is Beautiful festival.

Eilish opened her set with ‘Bury a Friend’ and ‘You Should See Me in a Crown’, before crying to the crowd: “This feels like a dream I’ve had many, many times in the last year… I can’t tell you how excited I am to be with you guys and to see all of your beautiful faces.

“You guys want to give me all the energy you’ve been saving up for a year and a half? Please, I would be honoured.”

She then broke out the three new songs for their live debut – ‘I Didn’t Change My Number’, ‘NDA’ and ‘Therefore I Am’.

Other ‘Happier Than Ever’ tracks on offer included the album title track, ‘Halley’s Comet’, ‘Billie Bossa Nova’, ‘Oxcytocin’, ‘Lost Cause’, ‘OverHeated’ and ‘Your Power’.

You can watch the full 90-minute set below:

Eilish’s appearance came just one day after her hotly anticipated return to the live stage at the iHeartRadio Festival , where she dazzled fans with an albeit shorter set of five songs, including the debuts of ‘Happier Than Ever’, ‘Oxytocin’ and ‘Everything I Wanted’, as well as’ ‘Bad Guy’, her hugely successful single lifted from her debut album, ‘When We All Fall Asleep, Where Do We Go?’.


Upon the release of ‘Happier Than Ever’, NME gave the offering a five-star review, heralding it as an album that “fully establishes Billie Eilish as one of her generation’s most significant pop artists”.