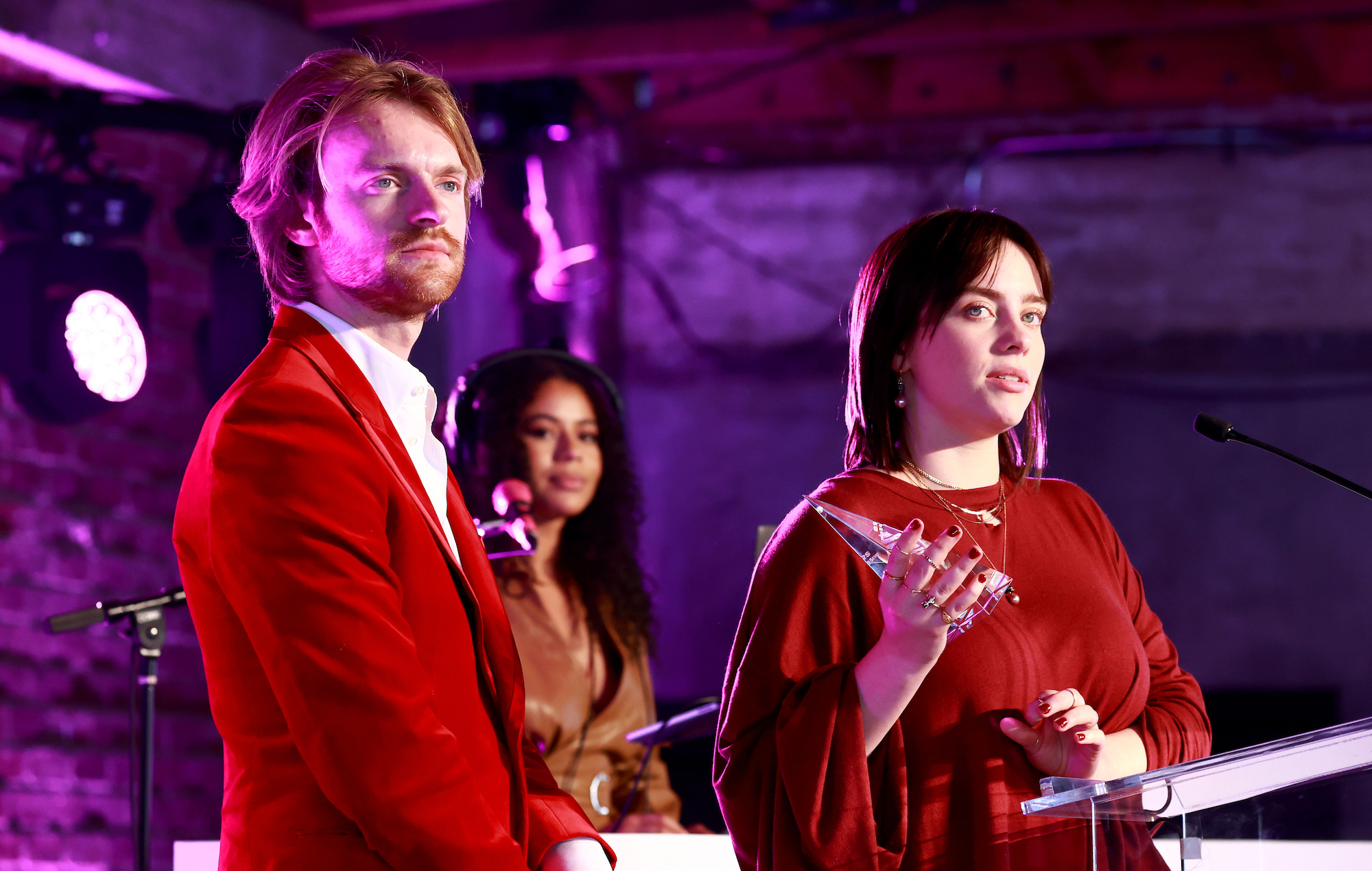 Billie Eilish has made a brief cameo in her brother and creative partner, Finneas O’Connell‘s new video ‘Only A Lifetime’

The track, which is taken from Finneas’ recent album ‘The Optimist‘, sees him walking around an aquarium. Towards the end, he meets up with Eilish and what appears to be their parents. You can view the video below.

Finneas said of the track in a statement (via Rolling Stone): “A lot of people were pacing around their houses, praying for lockdown to be lifted, and waiting for the vaccine. I had a sudden realisation — I might really miss this calm time I had with my family and my girlfriend. I was trying to remind myself to stay present and stay engaged no matter what is going on.”

It is the third track lifted from his recent album following singles ‘A Concert Six Months From Now’ and ‘The 90s’,

NME gave ‘Optimist’ a four-star review, with Rhian Daly calling it “an accomplished first album that really shines” and praising it for delivering both “classic, timeless pop songwriting and something more modern and cutting-edge”.

Meanwhile, Finneas recently revealed that he had already started working on Eilish’s third album. The Los Angeles multi-hyphenate said he and Eilish were “really excited to start working on” the latter’s third album. When asked how far along they’d made it into the creative process, O’Connell said they had “interesting skeletons” for songs written, but were “not sure what animals they are”.

“We’ve got the net in the ocean, and we’re picking up detritus,” he added. “And then you sift through all that, and you pick out the treasure, and then you have an album. I’m really excited. I think we’ve got a lot to say.”

The pair also recently performed two tracks from Eilish’s recent LP ‘Happier Than Ever’  during her appearance on Saturday Night Live at the weekend, including the title track and ‘Male Fantasy’.