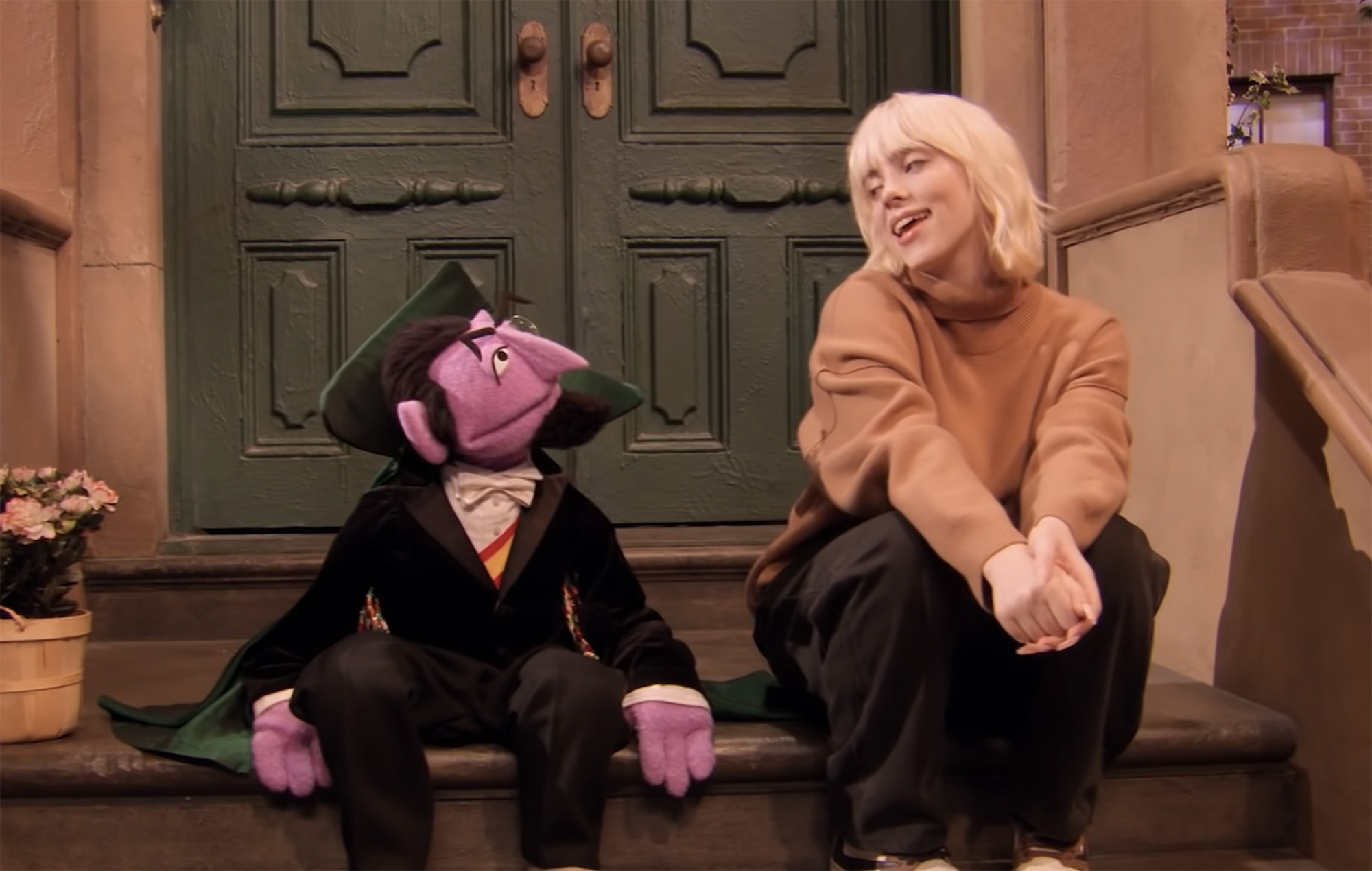 Watch Billie Eilish perform ‘Happier Than Ever’ on ‘Sesame Street’

Billie Eilish has performed a kid-friendly rework of her track ‘Happier Than Ever’ for an upcoming episode of Sesame Street.

For the episode, Eilish performs a duet with the Count about the joys of counting, beginning with the lyrics “When I’m counting with you, I’m happier than ever“. Watch the duet below:

Eilish was recently announced as one of the guest stars on Sesame Street’s 52nd season, which premieres on November 11. Anderson .Paak, Kacey Musgraves, Jon Batiste, actress Keke Palmer, poet Amanda Gorman and tennis player Naomi Osaka are also among the guest stars this coming season. In past seasons, guest stars including Maggie Rogers, Dave Grohl and Chance The Rapper have made appearances on the show.

‘Happier Than Ever’ is lifted from Eilish’s second album of the same name, which arrived back in July. NME gave the record five stars upon its release, writing that Eilish “has repeated the success of her stellar debut – without repeating any of its tricks”.

Last month, Eilish played the role of Sally in a Nightmare Before Christmas live-to-film concert that took place at Los Angeles’ Banc of California Stadium. Eilish performed ‘Sally’s Song’ and a duet with Danny Elfman’s character Jack Skellington, ‘Simply Meant To Be’.