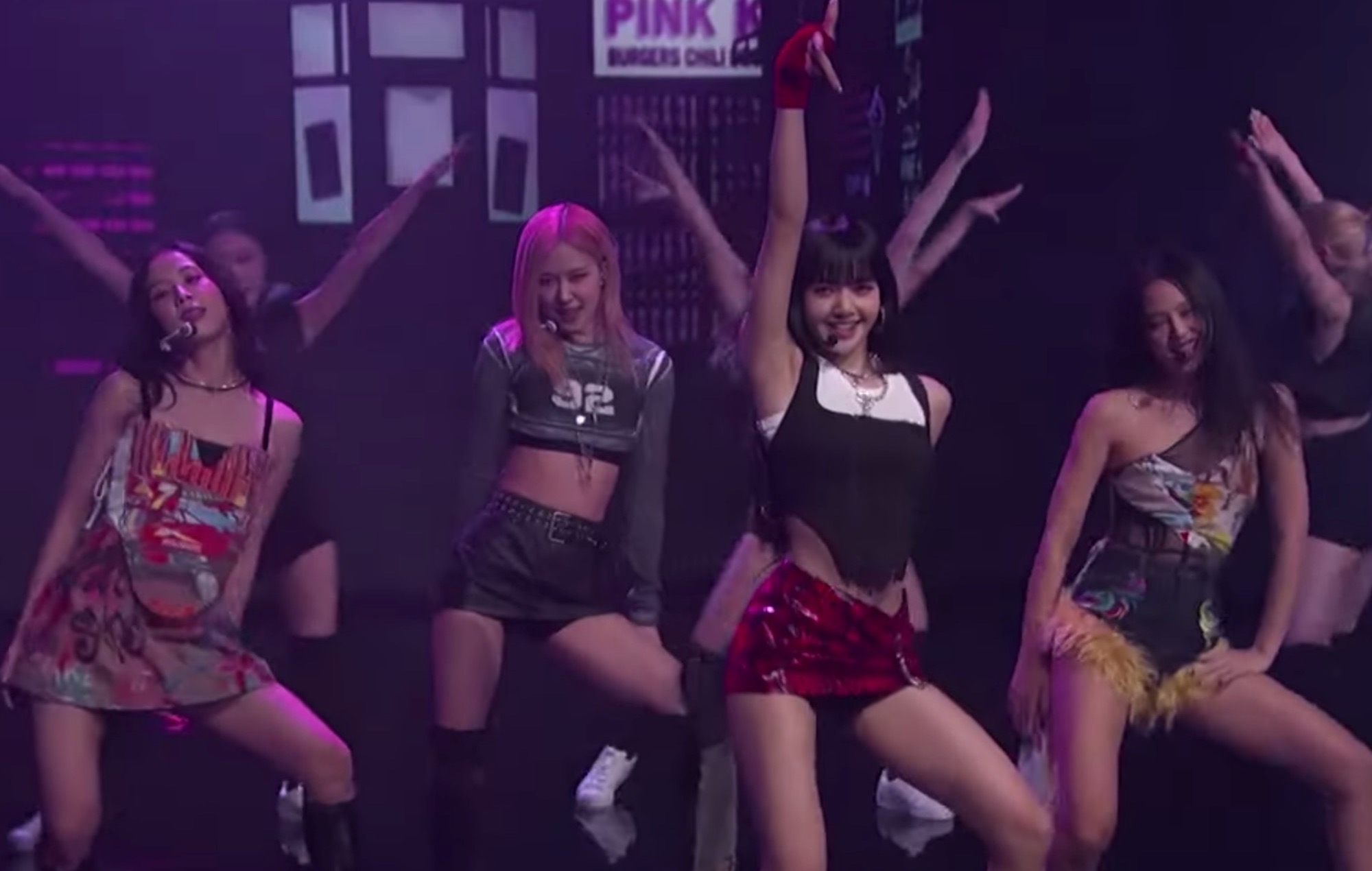 BLACKPINK have performed their brand-new single ‘Shut Down’ for the first time on the latest Jimmy Kimmel Live! episode.

On September 19 (local time), the quartet appeared on the talk show to perform the track ‘Shut Down’, taken from their sophomore studio album ‘Born Pink’.

In the new clip, the girl group are joined by a team of backup dancers as they perform ‘Shut Down’ and its choreography. This marks the first time BLACKPINK have performed the single live since its release last week.

“It’s black and it’s pink once the sun down / When we pull up, you know it’s a shutdown / Pull down the shutter lock the door, shut down,” they sing on the chorus.

The music video for ‘Shut Down’ arrived last Friday along with BLACKPINK’s second studio album ‘Born Pink’, which also spawned the pre-release single ‘Pink Venom’ and the song ‘Ready For Love’, which the group previously premiered at a virtual concert with PUBG Mobile.

During a recent interview with Variety, longtime BLACKPINK collaborator Bekuh Boom spoke of her contribution of the B-side ‘Typa Girl’ to the record, sharing that she had thought the song would go to member Lisa’s next solo release.

“But I’m super happy that it’s […] on the album. It’s a blessing to always get asked back,” said the producer and songwriter, who also contributed to the girl group’s debut singles ‘Boombayah’ and ‘Whistle’ in 2016.

In support of the release, BLACKPINK are set to embark on their 2022 ‘Born Pink World Tour’ later this year. The tour will kick off in mid-October with a two-night residency in Seoul, before embarking on its North American and European legs. The concert is also set to hit cities in the Asia-Pacific region across the first half of 2023.