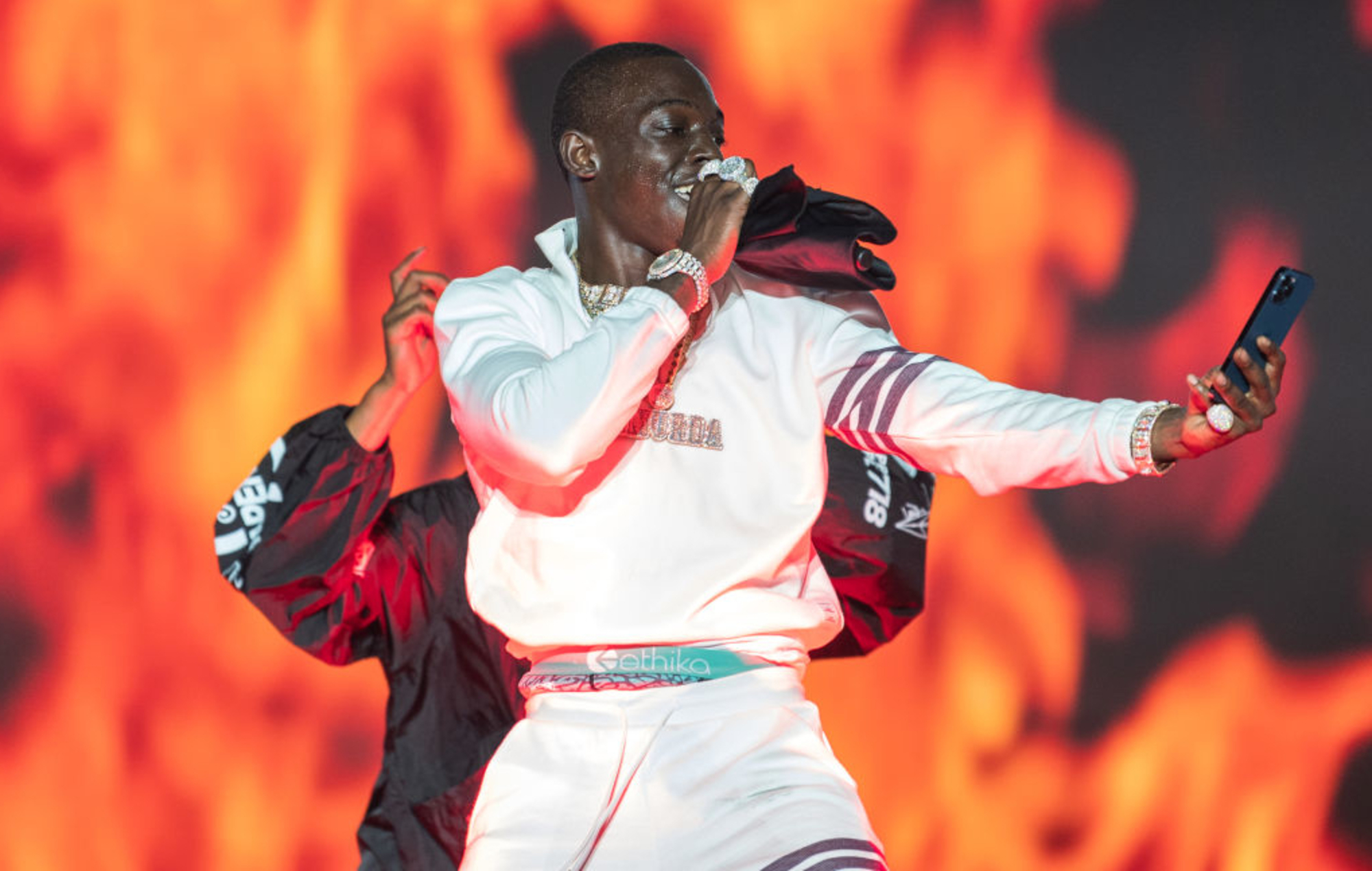 Bobby Shmurda has debuted some new music during his performance at this year’s Rolling Loud Miami festival.

The rapper – whose real name is Ackquille Pollard – was freed from jail in New York back in February, after serving seven years behind bars for conspiracy and weapons possession.

During his five-track set at Miami’s Hard Rock Stadium on Friday (July 23), Shmurda performed fan favourites ‘Hot N***a’ and ‘Bobby Bitch’, as well as his verse from Rowdy Rebel’s ‘Computers’.

The New York rapper also debuted a pair of brand new tracks, both of which the titles are unknown at this point. You can watch Shmurda perform the new records below.

Back in April, Shmurda teased that he had some upcoming collaborations with DaBaby and Lil Uzi Vert.

Appearing on the Maino Presents: Kitchen Talks podcast, Shmurda discussed an upcoming album that’s in the works, including some high-profile collaborations.

“Man, we got so much new music coming,” Shmurda said. “We got music coming with the biggest artists, from Maino, Quavo, DaBaby, 42 [Dugg], Uzi, Rowdy [Rebel], Jay. There is so much shit coming out it’s gonna be a hot summer.”

Following his release from prison, Shmurda said he wants to be a “role model” moving forward. In a recent interview, the rapper spoke about how the letters received from fans when he was locked up impacted him.

He added: “That just let me know the kids are watching me, and I have to be a role model.”

When news of the rapper’s imminent release from prison broke on February 22, and when he was freed the following day, streams of his music increased by over 600 percent.

On the day of his release, Migos rapper Quavo was on hand to personally pick Shmurda up from prison in his private jet.