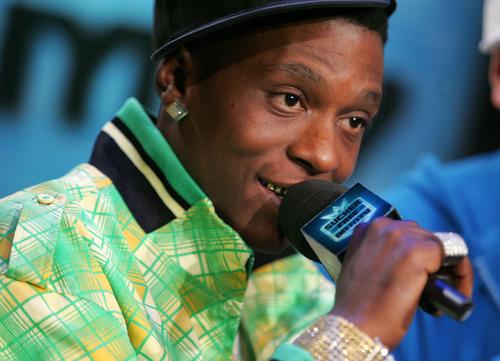 It’s always interesting to see rappers step out their comfort zone, whether they display it in their music or in their personal lives. Considering we don’t know them personally, when they do something that seems out their public persona, it catches us by surprise. Recently, Boosie Badazz did some bonding with his kids and went ice skating for the first time in his life and fortunately, there’s documentation it.

In a series videos, Boosie decided to show f his ice skating skills. While he may be exaggerating, he also says that it’s the hardest shit he’s done in his life. In the first video, the rapper is seen with a red walker on the ice as he tries not to fall. However, he later got much more comfortable on ice. The rapper posted another video himself skating without the walker, yelling “I can do anything!”

By the third clip, it seems that Boosie got the jist skating. The rapper is seen turning the corner while flailing his arms in the air as he skates down the ice with minimal amount control. Boosie captioned the last clip, “I like this

Winter activities seem to be a holiday tradition for Boosie and his family. In 2016, the rapper documented his snowboarding debut. However, his skating skills seems to be much more on par than his snowboarding skills.

Check the clips below: