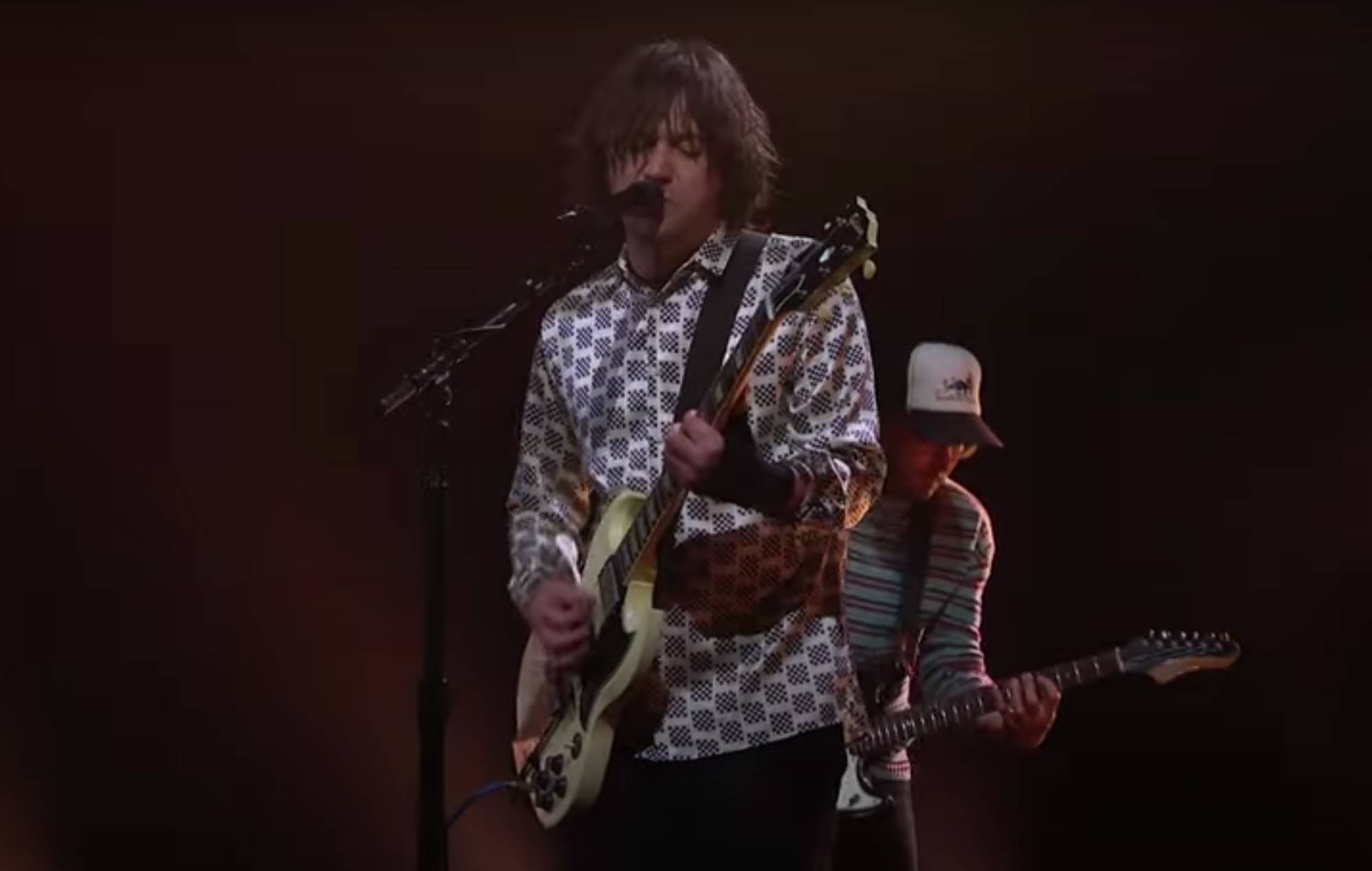 Bright Eyes made an appearance on The Late Late Show With James Corden last night (June 21) to perform ‘Falling Out Of Love At This Volume’ – watch below.

The band – comprising Conor Oberst, Mike Mogis and Nate Walcot – first shared the track in February, when they announced plans to reissue their entire back catalogue. They also shared ‘Contrast And Compare’ featuring Waxahatchee and ‘Haligh, Haligh, A Lie, Haligh’ with Phoebe Bridgers.

‘Falling Out Of Love At This Volume’ appears on ‘A Collection of Songs Written and Recorded 1995–1997: A Companion’.

Bright Eyes are due to reissue all nine of their studio albums along with a companion EP for each LP featuring new recordings of songs from the original release plus a cover version from an artist they found particularly inspiring at the time.

The performance on The Late Late Show comes in the midst of the band’s US tour, before heading to mainland Europe in August.

The band also announced a series of UK and Ireland shows, which kick off in London on August 30. Their tour will call at Manchester, Birmingham, Glasgow and Dublin. You can purchase tickets here.

In April, Bright Eyes stopped by The Late Show With Stephen Colbert to deliver a performance of ‘Dance And Sing’.

The song – which Oberst and co. performed with a full band and a miniature orchestra – features on the band’s 2020 album ‘Down In The Weeds, Where The World Once Was’, which marked their first full-length project in almost a decade.

Meanwhile, last month, Conor Oberst reportedly walked off stage during a Bright Eyes gig at White Oak Music Hall. According to reports from fans at the show (via Brooklyn Vegan), Oberst left the stage after just two songs, with fans performing karaoke until the show was eventually cancelled.