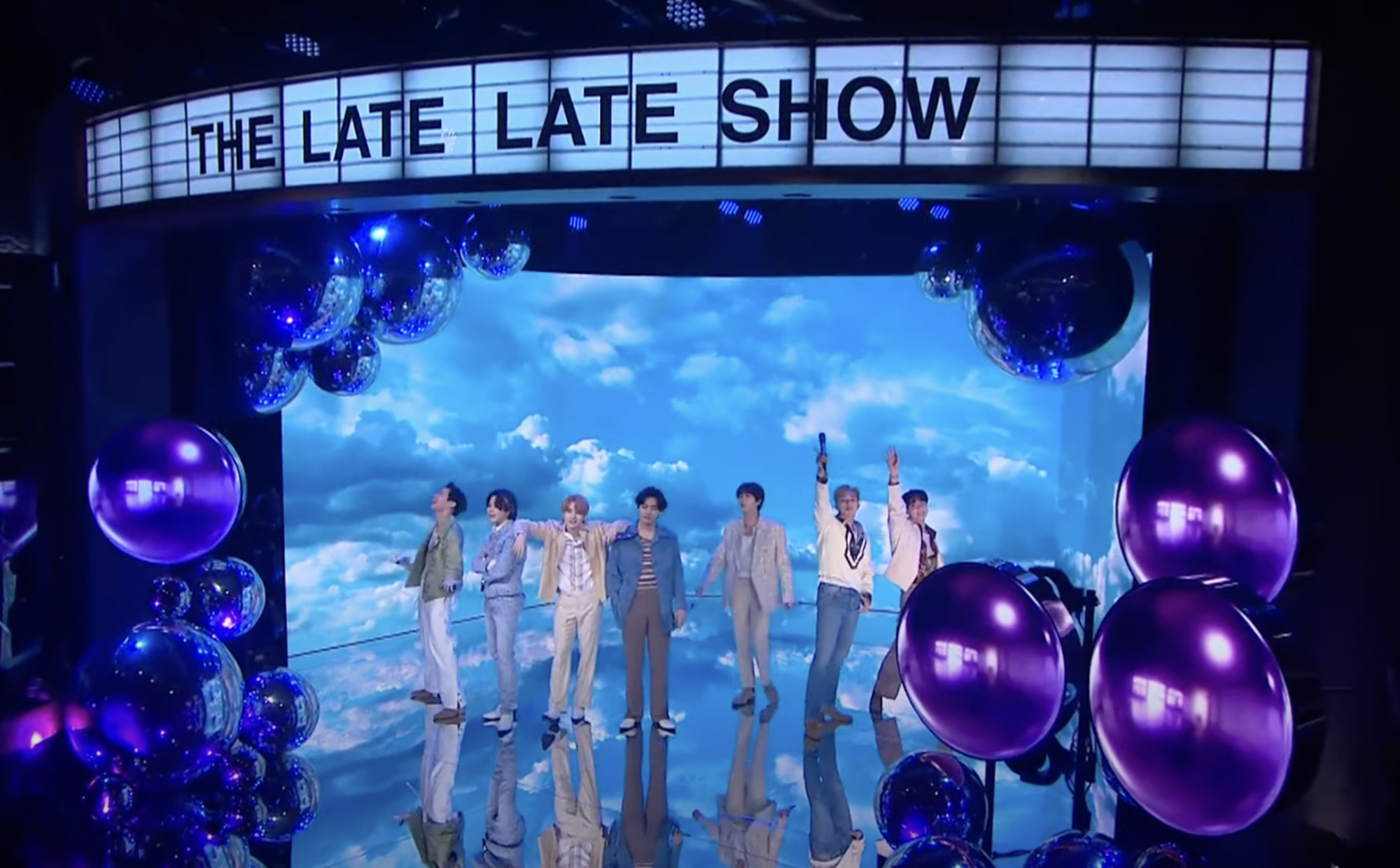 K-pop powerhouse group BTS have performed ‘Permission To Dance’ live during their appearance on The Late Late Show With James Corden.

The septet performed the song live during the November 24 episode of the talk show, with host and comedian James Corden welcoming the group to the stage. They were accompanied by an animated backdrop that featured graffitied walls, purple balloons and flashing lights..

It was their first in-person performance on the programme in nearly two years, following their live performance of ‘Black Swan’ in January 2020. BTS’ most recent appearance on the show involved a remote video interview and pre-recorded performances of ‘Life Goes On’ and ‘Dynamite’ filmed in Korea, due to COVID-19.

During their appearance on the show, Corden also interviewed the group, during which he addressed the backlash he had faced from BTS fans earlier this year. The talk show host had come under fire back in September where he had referred to the group’s performance at the UN Summit “pretty unusual” and described BTS fans as “15-year-old girls”.

“I hope you know this, we absolutely love you and we love the entire ARMY,” he said. Corden also touched on how ARMYS can be a “true force for good”, noting that “they have supported charities that I support at home and they’re amazing”.

BTS’ leader RM then assured the talk show host that for the group, the comments were water under the bridge. “It’s alright, we appreciate your apology,” he said.

Aside from their appearance on the CBS talk show, BTS had emerged as one of the biggest winners of the 2021 American Music Awards (AMAs) earlier this week, notably bagging the top prize for the night of Artist Of The Year. They also collected the awards for Favourite Pop Duo Or Group and Favourite Pop Song for ‘Butter’.