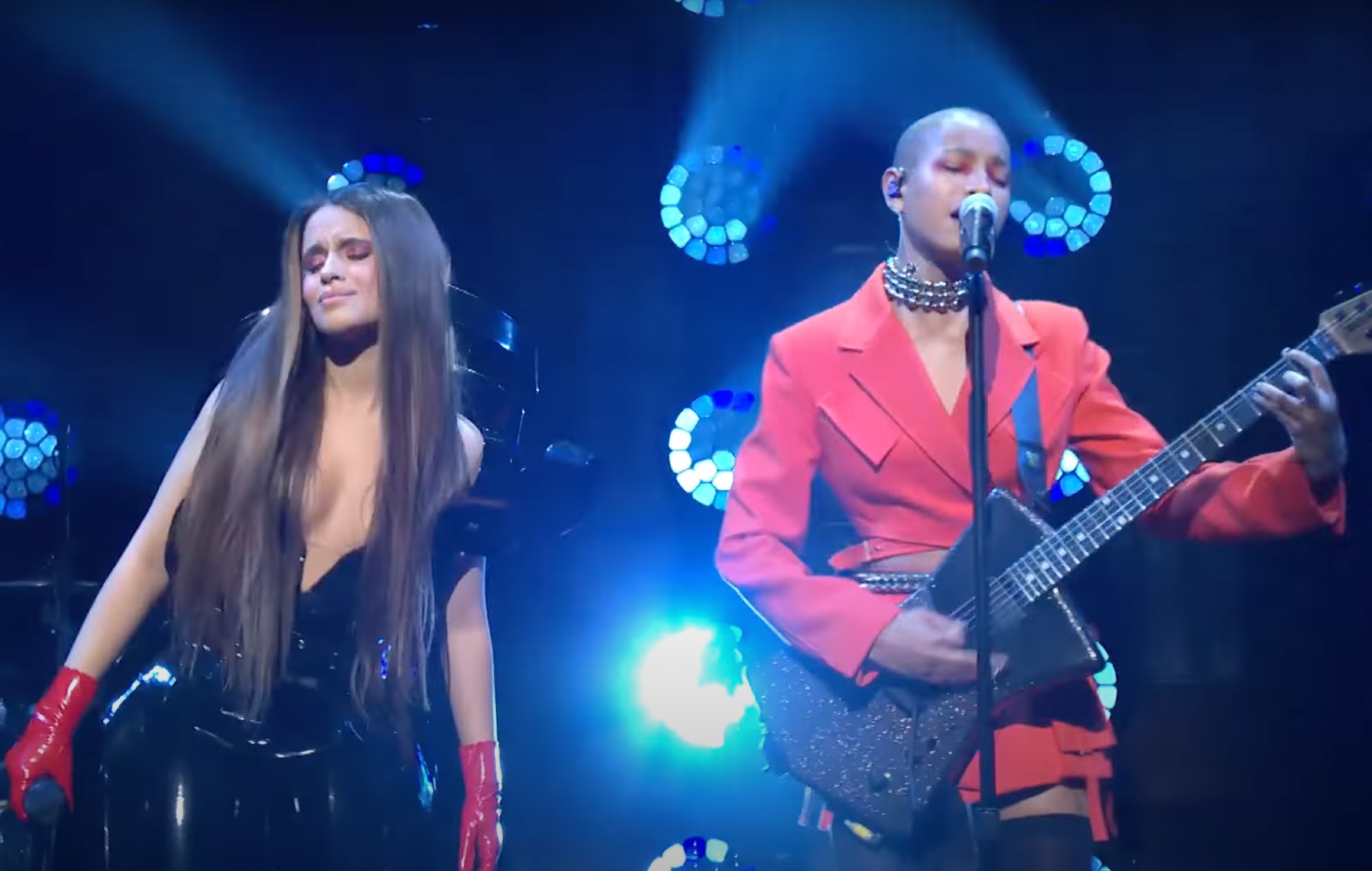 After performing upbeat heartbreak anthem ‘Bam Bam’ (without Ed Sheeran, who appears on the recorded version) Cabello was joined onstage by Willow Smith for the live debut of their collaborative track ‘Psychofreak’.

Check out the videos below:

Taking to social media after the performance, Cabello wrote: “OMG I had the best fuckin time in the world and I love u Willow”.

Both tracks feature on Cabello’s third album, which was released on Friday (April 8). An official video for the brooding emo track ‘Psychofreak’ was shared the same day. Watch it below.

In a four-star review of ‘Familia’, NME said: “It feels fitting that Camila Cabello has named her third album after the Spanish word for “family”. As she signposted with two ingratiating singles – the Latin pop banger ‘Don’t Go Yet’ and ‘Bam Bam’, a salsa-flecked duet with Ed Sheeran – the Havana-born, Miami-raised singer has really leaned into her Cuban-Mexican roots”

“By digging deeper into her heritage and her own psyche, Cabello has created her richest and most compelling album yet.”

Recently Willow has teamed up with alternative musician Siiickbrain for ‘Purge‘ and pop-punk revivalist Machine Gun Kelly on their track ‘Emo Girl‘. PinkPantheress has also teased a collab with Willow as has Yungblud, who shared an image of them together in the studio.

Speaking to NME last year, Willow promised a collaboration with Kennyhoopla was “100 per cent” going to happen. “We’ve definitely been throwing around ideas and getting in the studio to have fun, so I definitely feel like something’s gonna come soon,” she said.

In other news, Camila Cabello was recently confirmed to be joining Coldplay when the band make their return to South America later this year.

She’ll be supporting the band for six shows September 13 – 24, with tickets on sale next week.