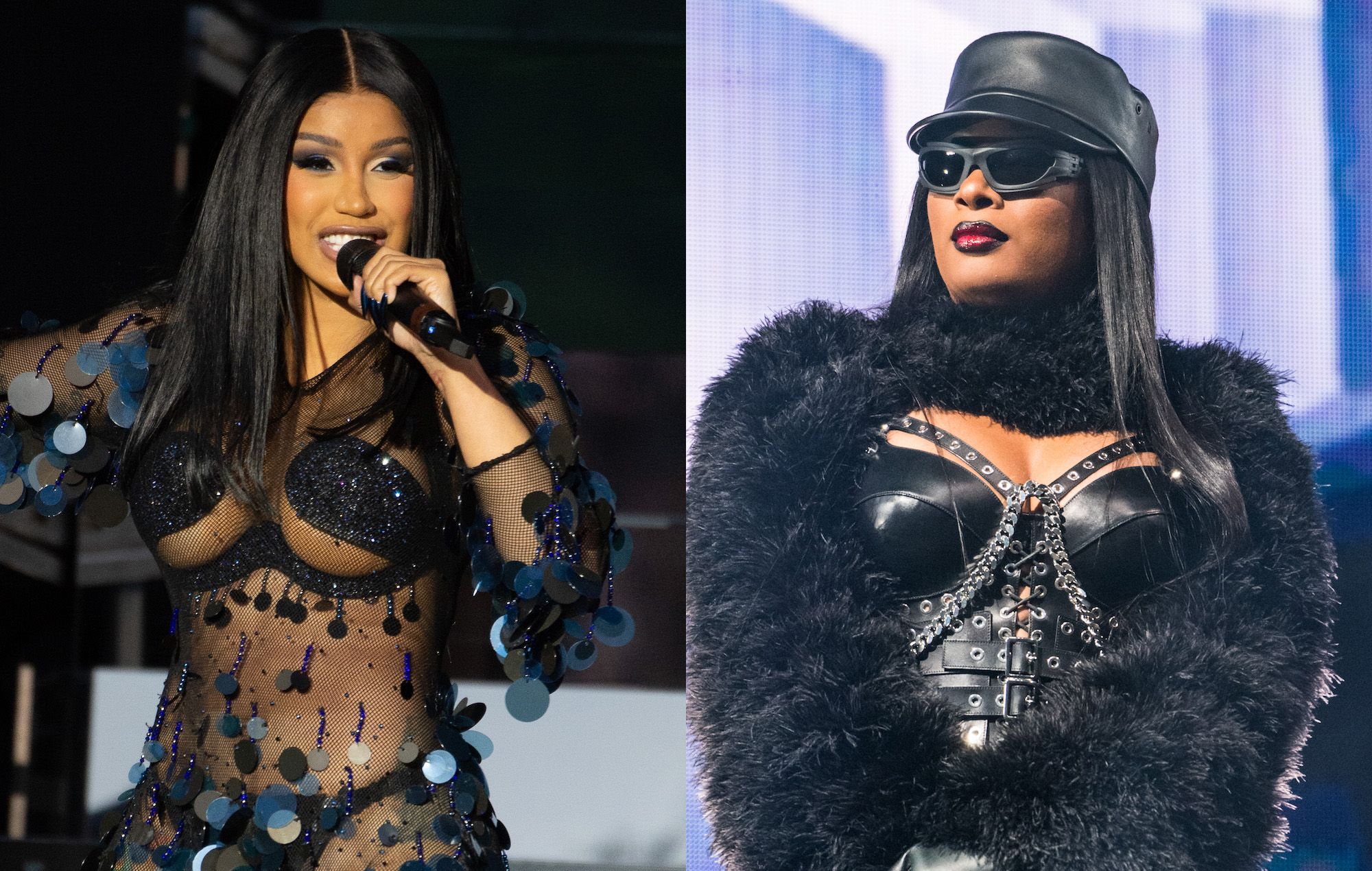 During her set at the Finsbury Park edition of this year’s Wireless Festival, Cardi B invited Megan Thee Stallion to join her in performing their smash-hit joint single ‘WAP’.

It marks the first time that Cardi and Megan have performed ‘WAP’ together in the UK. The song originally landed in August 2020, and has since racked up a stonking 19 Platinum certificates across five countries (as well as a Gold certificate in France). Cardi’s two headline sets at Wireless come as part of her first UK trip since the track dropped, while Megan has been here thrice over the past two years.

They performed the track at Wireless yesterday (July 8) to thunderous acclaim from Cardi’s sea of fans, ending the song with an explosion of confetti. “Here’s my motherfuckin’ bitch, I love her,” Cardi said after it, introducing Megan to the crowd. Megan responded by twerking at Cardi, to which the latter quipped, “I can’t get freaky with her, ‘cause you know, that’s my brother’s girlfriend.”

Have a look at crowd-shot footage of the performance below:

WAP performed LIVE in the UK for the FIRST time ever at Gopuff delivers Wireless 💜😍 @iamcardib @theestallion pic.twitter.com/vu9wCr7FG5

This year’s Wireless Festival kicked off in Crystal Palace Park last weekend, running over July 1-3 with A$AP Rocky, J. Cole and Tyler, The Creator headlining. Both the Finsbury Park and Birmingham NEC editions are currently underway, running concurrently until tomorrow (July 10). SZA will headline tonight’s bill at Finsbury Park, while Cardi will close out the festivities in Birmingham. Burna Boy was billed to appear at both editions, but pulled out inexplicably on Thursday (July 7).

Meanwhile, Megan’s performance of ‘WAP’ at this year’s Coachella was subject to censorship on the Chinese social media and messaging app WeChat. Users who tuned in to the livestream of Megan’s set, which was not legally broadcast in China, were greeted with the sight of the platform’s censors attempting – and largely failing –to block out aspects of the performance.

‘WAP’ will appear on Cardi’s forthcoming second studio album, which is yet to be formally announced, but expected to arrive sometime in 2022. Last month, she responded to the criticism she received after confirming that ‘WAP’ – as well as last year’s ‘Up’ – would appear on the album. “Imagine me not putting my OWN records on my album,” she tweeted, responding to users that alleged she would only include the two songs to take advantage of chart certifications.

Also due to be featured on Cardi’s new album is the Kanye West and Lil Durk-assisted ‘Hot Shit’, which she dropped at the start of July. While an official release date for the album has yet to be revealed, Cardi confirmed in May that it’ll arrive this year, citing “technical difficulties” for the lengthy gap between it and her 2018 debut, ‘Invasion Of Privacy’.