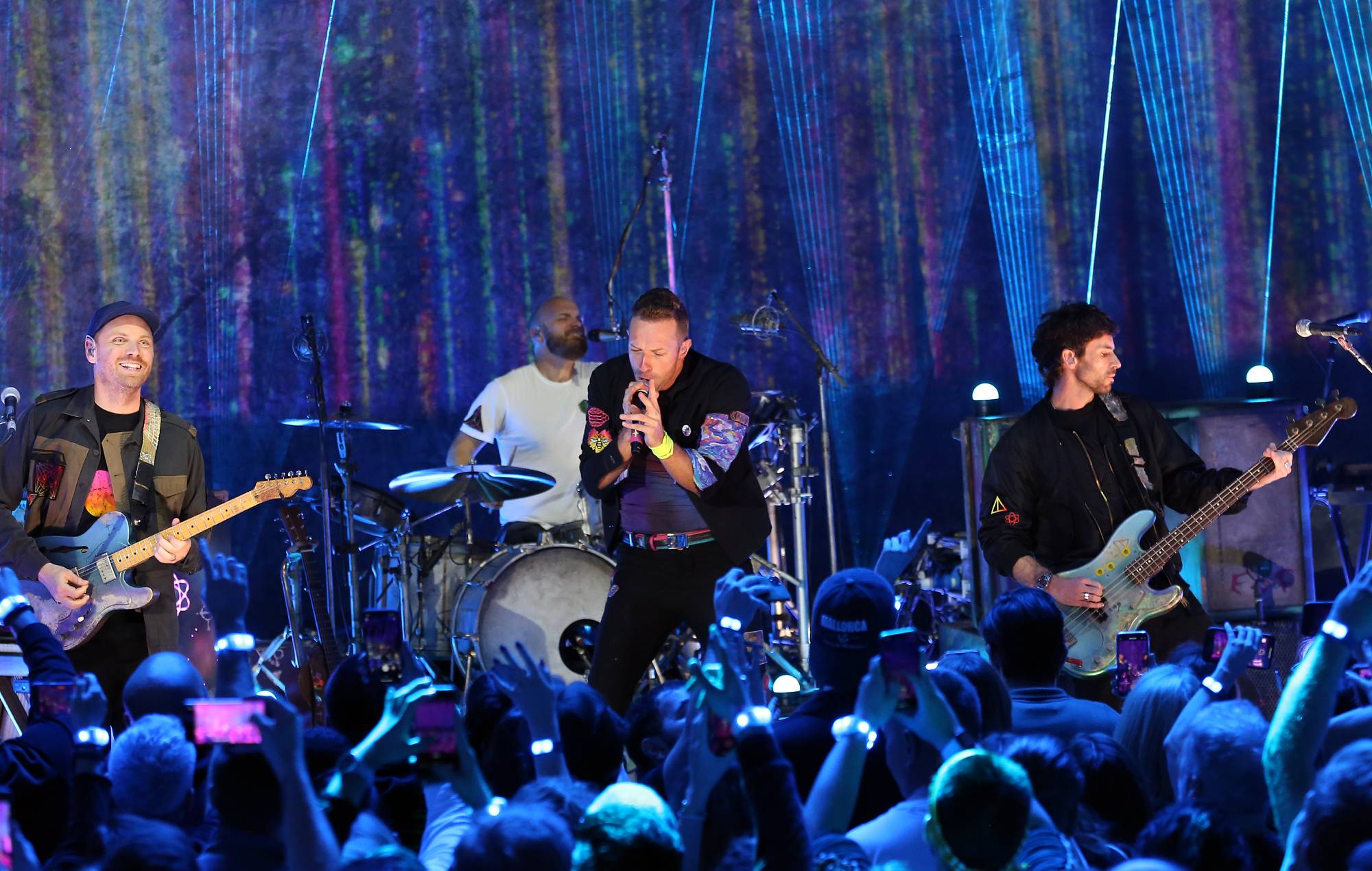 Coldplay performed their song ‘Human Heart’ with special guests We Are King and Jacob Collier on The Late Late Show with James Corden last night (October 20) – you can watch their performance below.

The track is taken from the band’s recently released album ‘Music of the Spheres’, and is one of three collaborations on the record.

Coldplay continued their week-long Late Late Show residency last night by linking up with We Are King and Collier to perform ‘Human Heart’.

The performance saw the band’s frontman Chris Martin performing vocals with Collier and We Are King sisters Amber and Paris Strother – you can watch them play ‘Human Heart’ below.

Earlier this week Coldplay performed ‘Let Somebody Go’ with Selena Gomez live for the first time as part of their Late Late Show residency.

They also played ‘My Universe’ from ‘Music of the Spheres’ on the Corden-hosted US talk show.

‘Music Of The Spheres’, meanwhile, is well on course to becoming the first album to surpass 100,000 UK chart sales in a week since Ed Sheeran in 2019.

Coldplay are set to embark on a sustainable world tour in 2022 in support of their new record, with UK dates set in London and Glasgow.

“Playing live and finding connection with people is ultimately why we exist as a band,” Coldplay said in a statement. We’ve been planning this tour for years, and we’re super excited to play songs from across our whole time together.”

Speaking to NME for last week’s Big Read, Martin revealed that Coldplay are only intending to make 12 albums during their career.