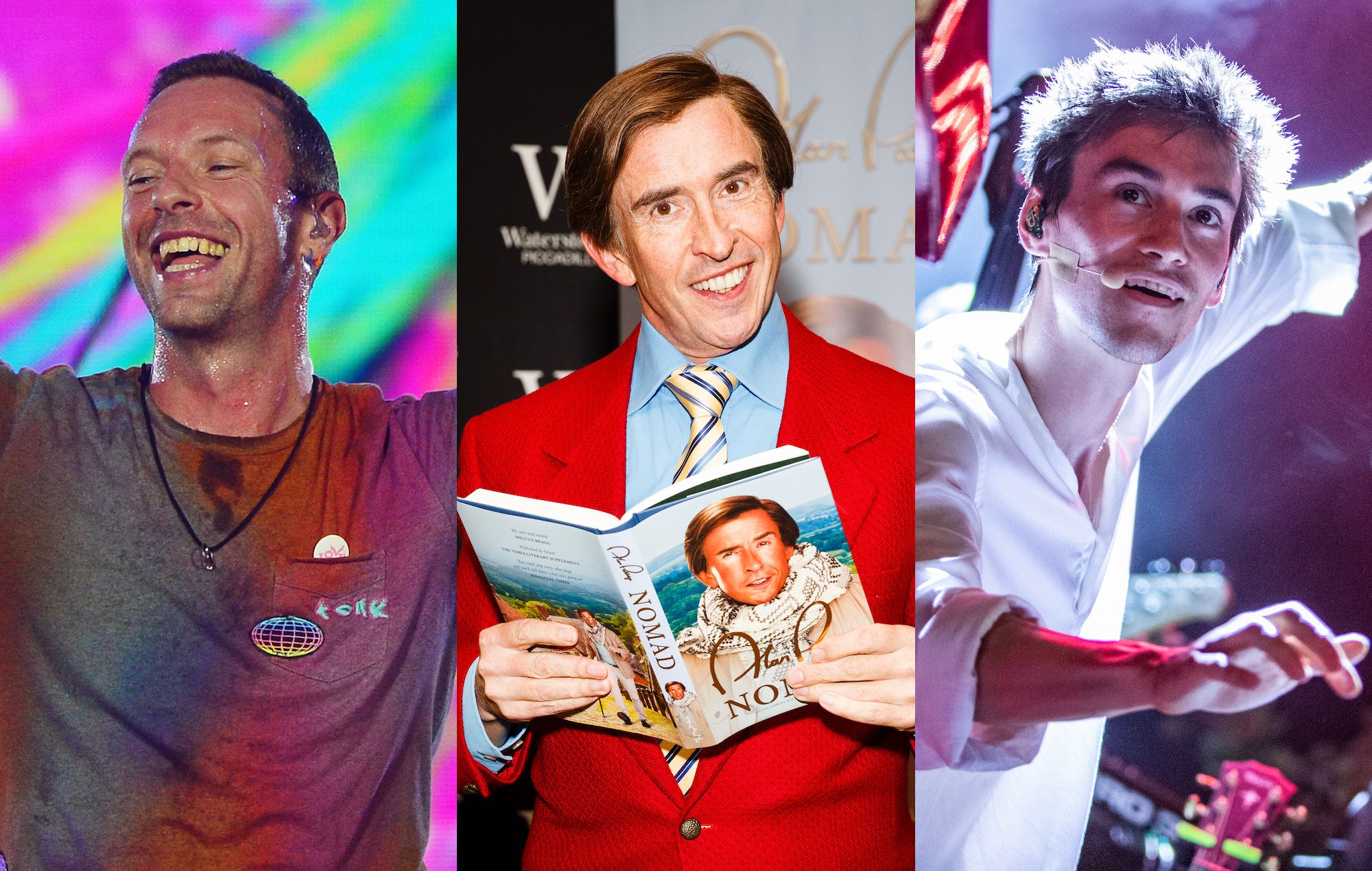 For the penultimate date of their six-show Wembley Stadium residency, Coldplay performed their nightly duology of covers with the unique trio of Steve Coogan (in character as Alan Partridge), Jacob Collier and Nicole Lawrence.

As all shows on the run have been thus far, Coldplay’s show on Saturday (August 20) was split into seven segments, which saw the band perform across three different stages. They welcomed out the impromptu supergroup for the second-to-last of those segments, taking to the “C-Stage” in the middle of the dancefloor.

Clad in a gaudy red tracksuit, Partridge took the reins from Chris Martin on lead vocals, while the Coldplay frontman played acoustic guitar and sung backup. Lawrence added depth to Martin’s strumming with her performance on a pedal steel guitar, while Collier fleshed out the soundscape on piano.

For their two-song micro-set, the group covered ABBA’s 1976 hit ‘Knowing Me, Knowing You’ and Kate Bush’s newly-made-cool-again ‘Running Up That Hill’. Check out some fan-shot footage of the songs below, then see the full setlist from last night’s show:

Knowing me. Knowing you! It was only Alan Partridge. Aha! #ColdplayWembley pic.twitter.com/mosPIlcxlE

At the fifth of their six Wembley Stadium shows, Coldplay performed:

As noted above, Coldplay also welcomed Simon Pegg out to join them in performing ‘A Sky Full Of Stars’, for which Martin asked the crowd to put away their phones. They performed the first minute of the song without Pegg, before Martin stopped his band to welcome the actor out as “the world’s Number One tambourine player”. Of course, some concertgoers ignored the singer’s “no phones” request, and as a result, you can watch the moment below:

For their first two shows at Wembley Stadium, Coldplay enlisted the help of Craig David to cover his songs ‘Live In The Moment’, ‘Fill Me In’ and ‘7 Days’. At the third, Martin and co. were joined onstage by Natalie Imbruglia, with whom they performed Imbruglia’s 1997 hit ‘Torn’, and paid tribute to the late Olivia Newton-John by covering the Grease favourite ‘Summer Nights’.

Then, at the fourth show, Coldplay welcomed out All Saints‘ Shaznay Lewis to join them in performing the local girl group’s songs ‘Pure Shores’ and ‘Never Ever’. Prior to that show’s starting, Martin linked up with pianist Victoria Canal – who happens to have been born without her right forearm – for a private duet of her original track ‘Swan Song’.

In a five-star review of Wednesday’s show, NME’s Hannah Mylrea dubbed Coldplay’s performance “a joyful spectacle” and “a masterclass in how a massive pop show can be done”. The last of their six Wembley shows will go down tonight night (August 21) – it was initially due to be held on Friday (August 19), but was rescheduled in the wake of planned tube strikes. Find remaining tickets for the gig here.

Elsewhere on their ‘Music Of The Spheres’ tour, Coldplay have treated fans to cameos from the likes of Kelly Rowland, Bruce Springsteen, Kylie Minogue and London Grammar’s Hannah Reid.