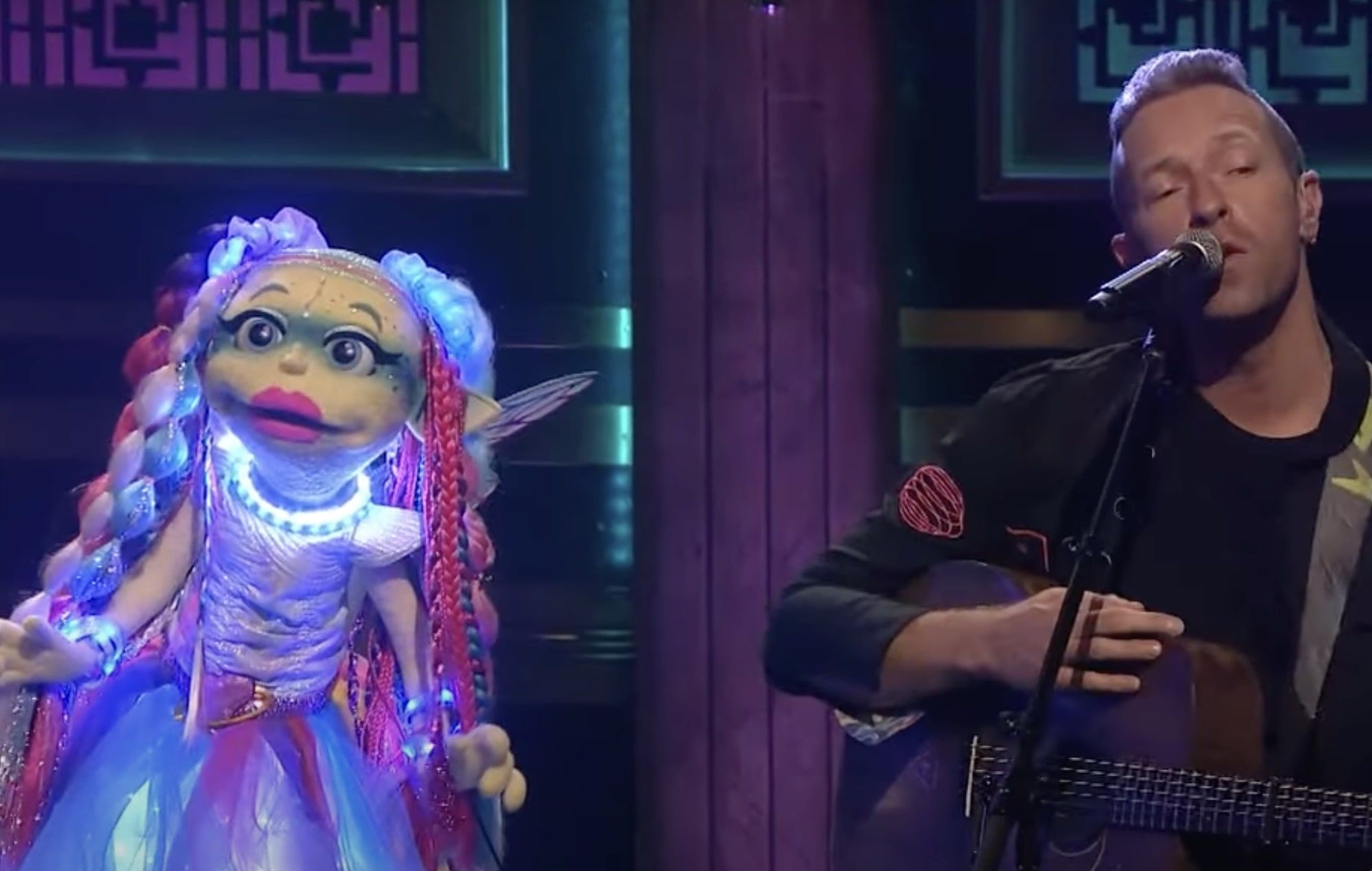 The puppet band was created by Jim Henson’s Creature Shop, and recently signed to Atlantic and Parlophone Records.

The Weirdos’ singer, Angel Moon, has been joining Coldplay on their current tour to sing ‘Music Of The Spheres’ track ‘Biutyful’. Martin returned the favour for the alien puppets’ Tonight Show appearance, sitting on a raised platform, playing acoustic guitar and trading verses with Angel Moon.

Meanwhile, Moon’s bandmates Donk, Sparkman and The Wizard “played” bass, drums and keys for their debut TV performance. Watch the moment below.

Speaking about the band in May, Martin said: “The Weirdos are a band who we’re trying to help out. I think we thought that we’ve sort of come to the end of doing singles as Coldplay. I think we’ve probably basically finished doing that, in general.

“We can’t go more poppier or single-y than [their BTS collaboration ‘My Universe’] and that felt good and we’re a bit older now. So we do have songs we want to bring some attention to, but with this, we asked The Weirdos if they would do the song and front it and we would feature.”

Meanwhile, Coldplay were joined by some human artists on two recent stops of their North American ‘Music Of The Spheres’ tour. Over two nights at New Jersey’s MetLife Stadium, the band brought out Kylie Minogue to perform ‘Can’t Get You Out Of My Head’ and Bruce Springsteen for ‘Working On A Dream’ and ‘Dancing In The Dark’.

The UK and European leg of the ‘Music Of The Spheres’ world tour will kick off in July, and more support acts for the dates were recently announced. Joining H.E.R. and London Grammar will be the likes of Griff, Ibibio Sound Machine, Laura Mvula, Nina Nesbitt and more.