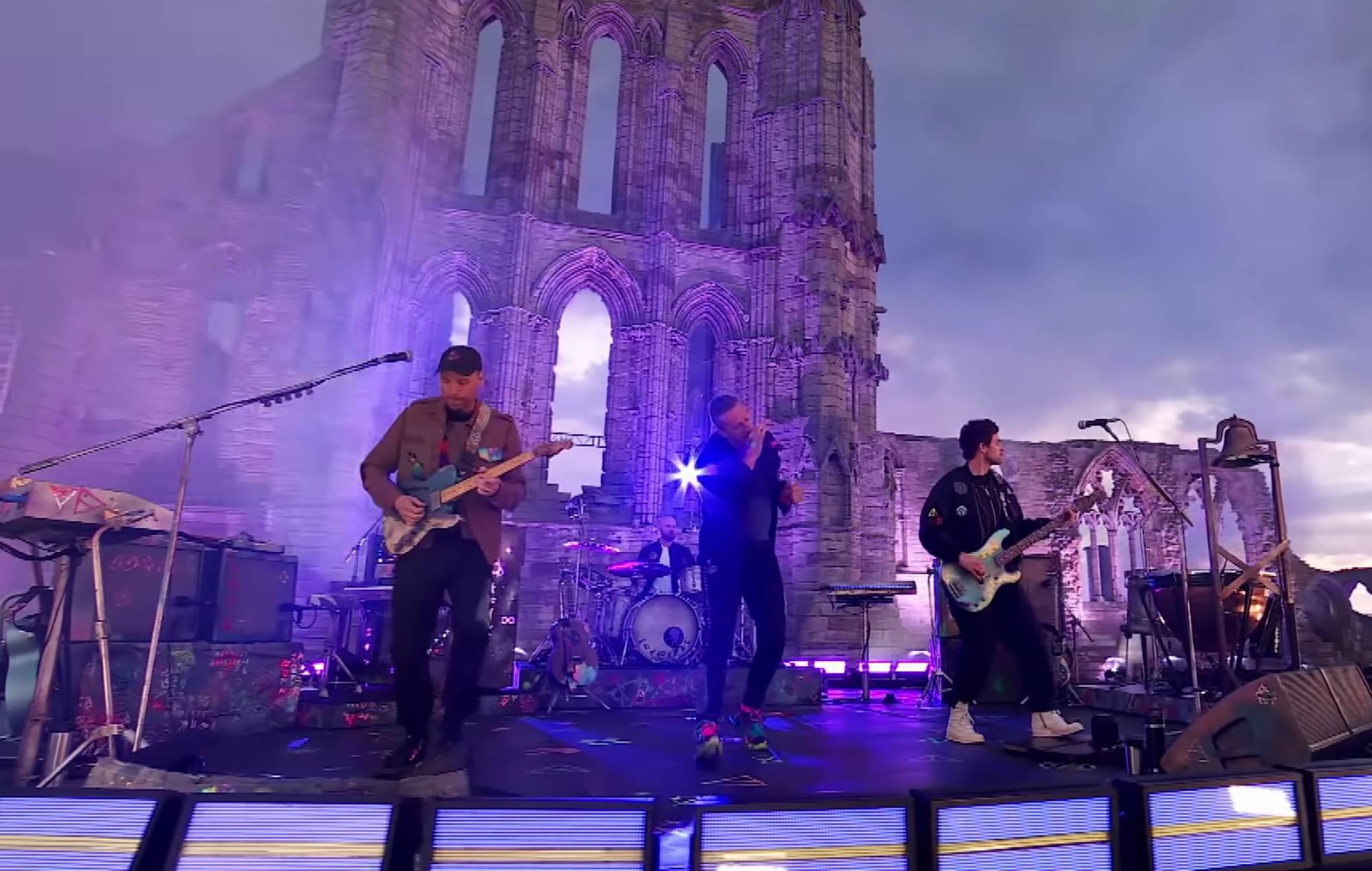 Coldplay performed a set this weekend, including recent single ‘Higher Power’, at a spectacular location for Radio 1‘s Big Weekend 2021.

Playing in front of a lit-up Whitby Abbey in North Yorkshire – the monastic ruins that formed the inspiration for Bram Stoker’s Dracula – as the sun set in the background, Chris Martin and co.’s performance of the song also boasted a dramatic fireworks display.

The band joined the likes of Wolf Alice, Ed Sheeran and Royal Blood on the Big Weekend 2021 bill, with each artist performing their set from a special location of their choosing.

Earlier this week (May 27), James Newman revealed that he received a call from Chris Martin following the former’s nil points loss at Eurovision.

“[Chris Martin] told me to not take the result personally, said I was amazing and told me to keep my chin up,” Newman said, adding that he’d “grown up listening to him”.

“He’s an amazing songwriter so it made me feel so much better.”