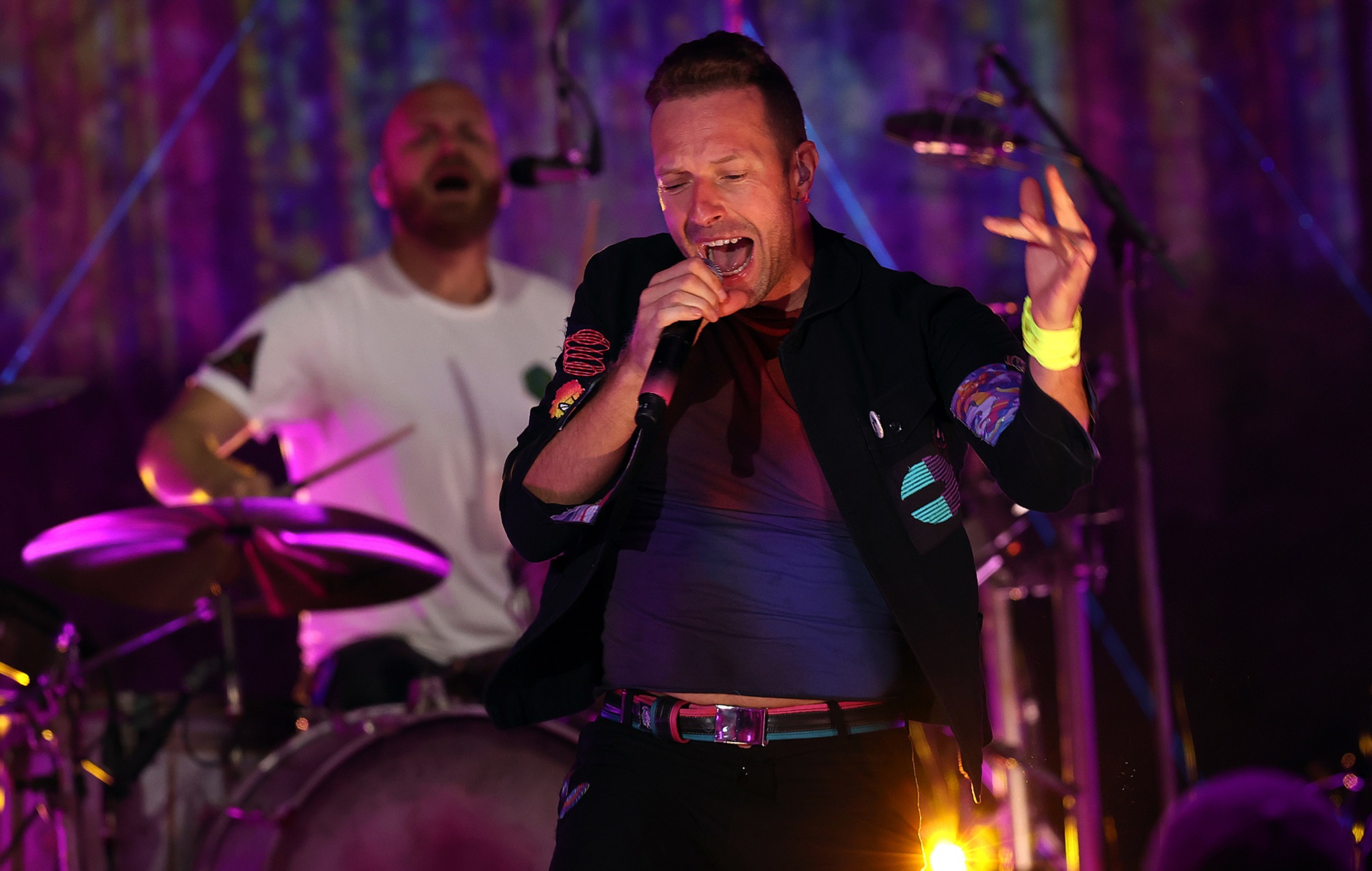 Coldplay delivered a stripped-back rendition of their recent single ‘My Universe’ on US TV last night – check out the video below.

Chris Martin and co. performed an acoustic take on the track on yesterday’s episode of The Ellen Show (January 26). The original version of the song features BTS and appears on Coldplay’s latest studio album, ‘Music Of The Spheres’.

Speaking about how the collaboration came about, Martin told Ellen Degeneres: “Some said to me, ‘Oh, BTS asked you to do a song for them’. Or that’s what I got told. And at the time I was like, ‘That’s never gonna work ever’. How are we gonna fit these two things together?”

The frontman went on to say that the idea of the team-up then became “really attractive in its weirdness”, adding: “And then one day the right song just kind of arrived.”

“For something that could’ve seemed so artificial, it turned out being one of the most real feelings. I genuinely love those people.”

Later in the chat, Martin reiterated his plans to only release two more Coldplay records. “I think that’s what feels right to us,” he explained, adding: “The story of our albums ends then. Like Harry Potter finishes at a certain point.”

You can watch the full conversation below.

Coldplay are set to embark on an eco-friendly world tour this year, with dates scheduled for London’s Wembley Stadium, Glasgow, Paris, Berlin and other European cities throughout July and August.

During a Big Read interview with NME last October, bassist Guy Berryman said the band had “made a great start” with the sustainable shows. “Whatever we end up doing, will be a Phase One, but there always has to be an improvement and a continual cycle,” he said.