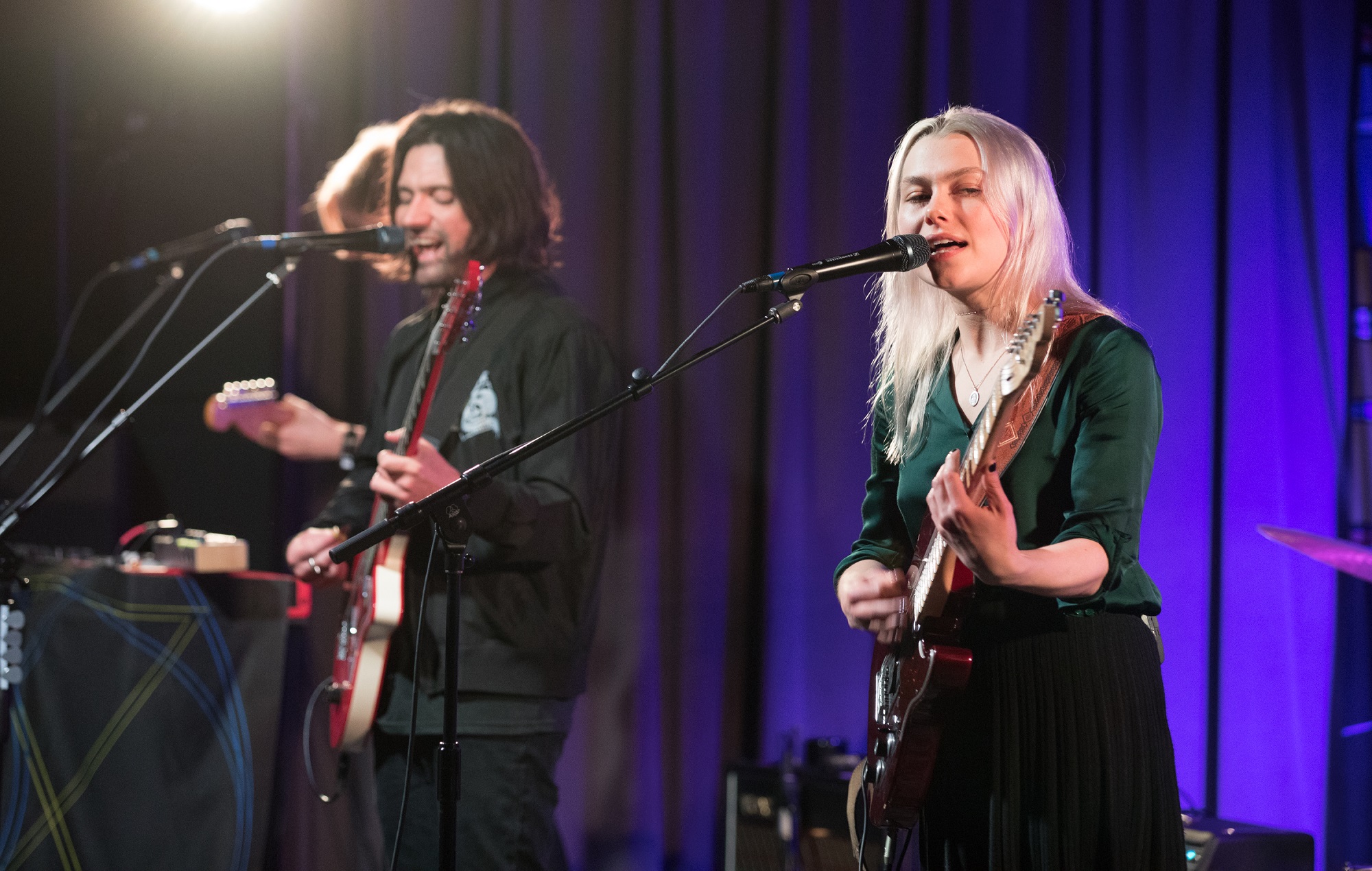 The musician performed at the event, which benefitted the National Independent Venue Association’s Emergency Relief Fund, alongside the likes of Miley Cyrus and Foo Fighters.

Bridgers and her band played at LA’s The Troubadour, which was empty except for the crew working on the festival. Oberst joined her midway through her set, sporting the same skeleton onesie that she and her band were wearing, for two songs.

First, the Bright Eyes frontman joined her to sing her own song ‘Halloween’, which featured on her recent second album ‘Punisher’. Later, the pair performed ‘Dylan Thomas’, from their collaborative project Better Oblivion Community Center.

Bridgers was also joined by Christian Lee Hutson and Charlie Hickey on covers of their own songs. You can watch the full set above now.

The musician recently announced her own label Saddest Factory in conjunction with Dead Oceans. Brooklyn-based musician Claud was later revealed to be Bridgers’ first signing.

“The vision of the label is simple: good songs, regardless of genre,” Bridgers said of her plans for the imprint.

According to the video’s description, the collaboration came about after Julia learned that Bridgers had cited ASMR – and specifically her channel – as an influence on latest album ‘Punisher’. The pair proceeded to chat online, and Bridgers then went over to her house in California to film the video.