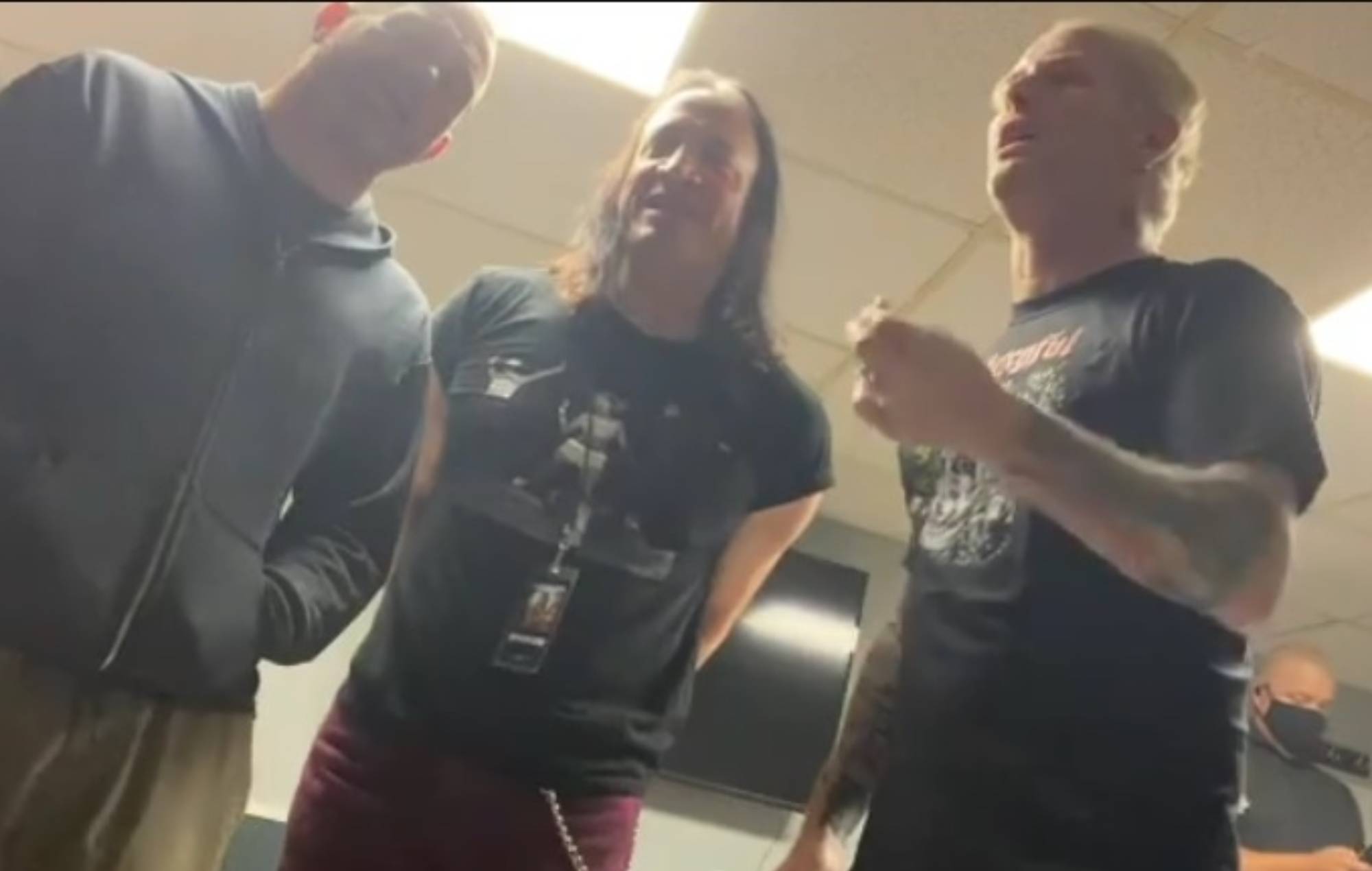 Corey Taylor has been filmed singing along to Duran Duran classic ‘Rio’ with some of his band.

The trio were filmed backstage during Taylor’s current solo tour, while drummer Dustin Schoenhofer can be seen enthusiastically air drumming behind them.

Check out the video below.

On Sunday (May 30) the Slipknot and Stone Sour frontman shared his thoughts on the Rock & Roll Hall Of Fame, saying that he would “probably” refuse induction if he ever got a nod.

“First of all, I don’t care about that Hall, ’cause I think it’s a pile of garbage,” Taylor told Andy Hall on Iowa radio station Lazer 103.3. “They don’t honour anything except pop music, really, and they only really induct real rock bands when they have to cave to pressure.”

He continued: “They disrespected so many bands over the past by putting others in before the ones that actually deserve it, that I would probably go the way of the Sex Pistols. I’d be, like, ‘Your Hall is a sham. I don’t care if I’m a part of it or not. You have no idea what the spirit of rock and roll is actually about. So take this and shove it up your you-know-what.’”

Taylor also gave an update on the progress of Slipknot’s next album last week (May 28), saying the band have “a bunch of really cool stuff” in the works.