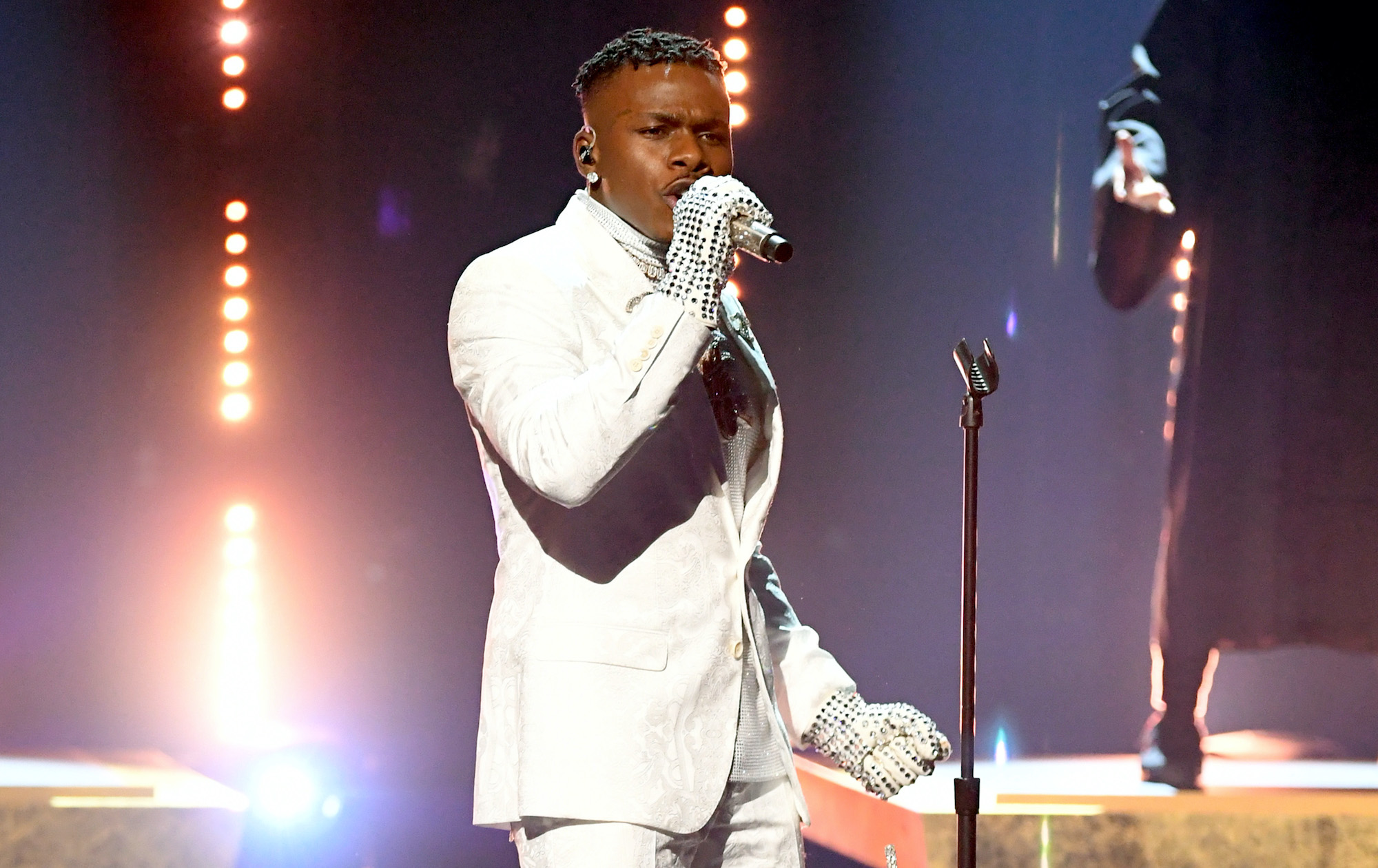 DaBaby gave a fittingly glamorous performance of his song ‘Rockstar’ at the Grammys 2021 tonight (March 14), where he was joined by Roddy Ricch.

The rapper was nominated for four Grammys this year, including three for ‘Rockstar’. Among them, the track was up for Record Of The Year.

Taking to the stage early on in the ceremony, DaBaby appeared in a white suit with diamond-encrusted gloves, backed by singers dressed in judges outfits. The song was also accompanied by a violinist and singer Anthony Hamilton.

The track also featured new verses added specifically for the ceremony. Speaking to the Associated Press ahead of the show, DaBaby said he felt the new section was “going to touch everybody”.

WATCH: @Dababy is joined by @RoddyRicch and @HamiltonAnthony for a performance of Rockstar at the #Grammys pic.twitter.com/7V3FEef5X9

The rapper returned to the Grammys stage later in the night to join Dua Lipa for her performance. He featured on a remix of her single ‘Levitating’ last year and briefly stopped by her set to deliver his verse on the track.

The big winners of the night at the Grammys 2021 were Beyoncé, who broke a big record at the event, Megan Thee Stallion and Billie Eilish.


There were plenty of first-time winners at the ceremony, including Nas, The Strokes and Beyoncé’s daughter, Blue Ivy Carter.

Other performers included Lil Baby, who was joined by Killer Mike, activist Tamika Mallory and Insecure actor Kendrick Sampson for a performance that tackled police brutality. Megan Thee Stallion and Cardi B teamed up to perform ‘WAP’, while Haim made their debut appearance at the Grammys.