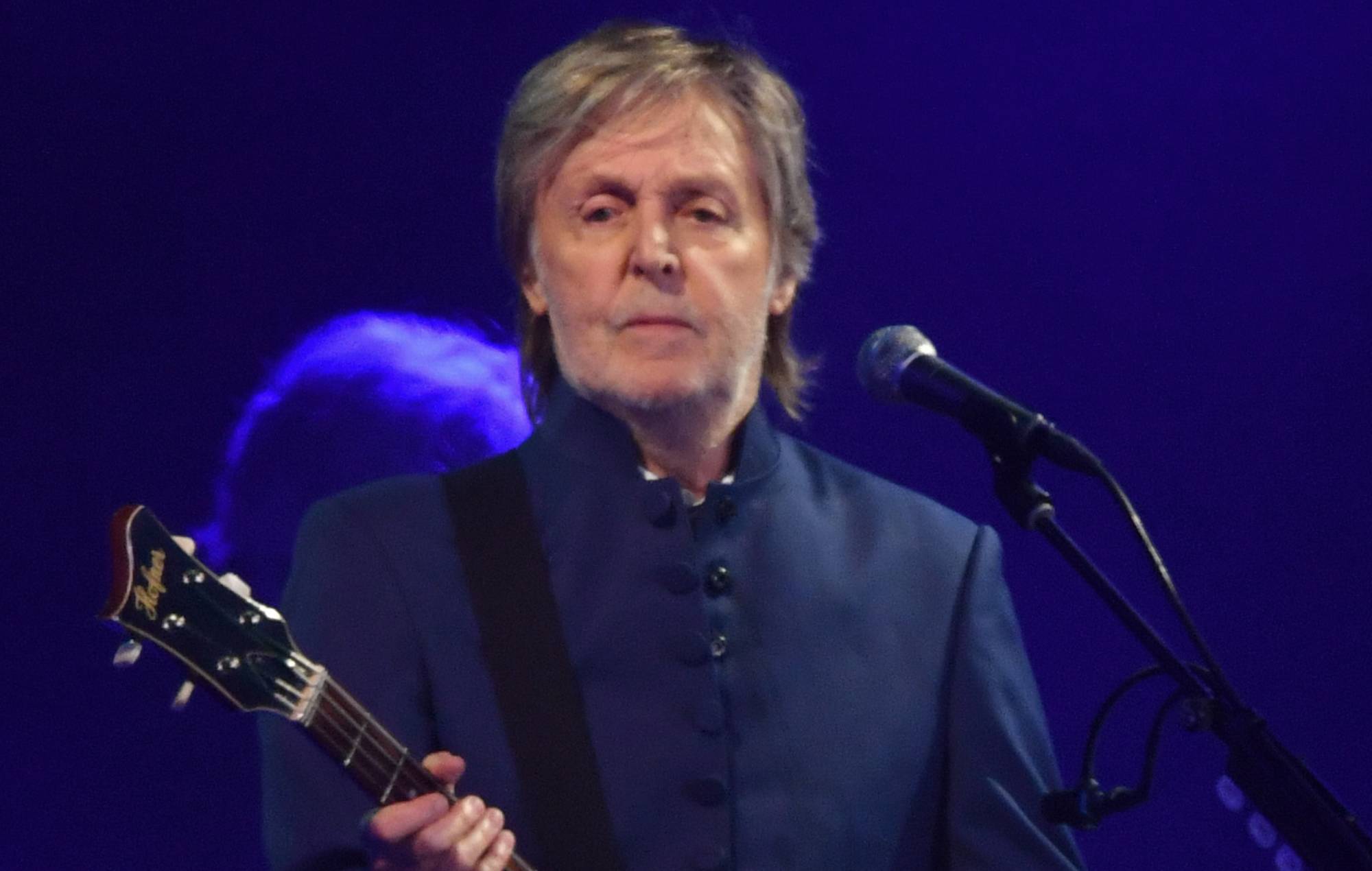 Paul McCartney ended the second main day of Glastonbury 2022 by headlining the Pyramid Stage (June 25), ending his set by inviting both Dave Grohl and Bruce Springsteen on stage. Check out footage and the setlist below.

The legend took to the stage after Noel Gallagher tonight, performing a stellar set of classics from throughout his colourful career – including solo staples alongside many numbers from his time with The Beatles and Wings.

After playing ‘Get Back’ by the Fab Four, McCartney beckoned the Foo Fighters frontman on stage.

“Now, I’ve got a little surprise for you,” teased McCartney, before inviting “your hero from the west coast of America – Dave Grohl!”

After some light banter of Paul offering, “Hi Dave,” before Grohl replied, “Hi Paul. How are you?” the pair then tore into The Beatles’ ‘I Saw Her Standing There’ and Wings’ ‘Band On The Run’.

“This guy flew in especially to do this,” Macca then jovially told the crowd, revealing how Grohl overcame flight cancellations from Los Angeles. This moment also marked the first time that Grohl had appeared on stage since the death of his Foo Fighters bandmate Taylor Hawkins in March.

When the crowd thought that the surprises were over, McCartney told the crowd: “We’ve got another surprise for you”, teasing another guest “from the East Coast Of America”.

Then, to the awe of the thousands in attendance, Springsteen took to the stage to a rapturous response to perform his own ‘Glory Days’ and The Beatles’ ‘I Wanna Be Your Man’. This comes after the pair did the same in New York earlier this month.

“Are you kidding?” joked McCartney after turning to Springsteen. “Thank you for coming, man.”

After a virtual duet with John Lennon, McCartney and band then welcomed Grohl and Springsteen back to close the set.

DAVE GROHL IS ON STAGE WITH PAUL MCCARTNEY. #GLASTONBURY pic.twitter.com/fwlzKF25Wp

‘Can’t Buy Me Love’
‘Junior’s Farm’
‘Letting Go’
‘Got to Get You Into My Life’
‘Come On to Me’
‘Let Me Roll It’
‘Getting Better’
‘Let ‘Em In’
‘My Valentine’
‘Nineteen Hundred and Eighty-Five’
‘Maybe I’m Amazed’
‘I’ve Just Seen a Face’
‘Love Me Do’
‘Dance Tonight’
‘Blackbird’
‘Here Today’
‘New’
‘Lady Madonna’
‘Fuh You’
‘Being for the Benefit of Mr. Kite!’
‘Something’
‘Ob-La-Di, Ob-La-Da’
‘You Never Give Me Your Money’
‘She Came in Through the Bathroom Window’
‘Get Back’
‘I Saw Her Standing There’ (with Dave Grohl)
‘Band on the Run’ (with Dave Grohl)
‘Glory Days’ (Bruce Springsteen cover with Bruce Springsteen)
‘I Wanna Be Your Man’ (with Bruce Springsteen)
‘Let It Be’
‘I’ve Got a Feeling’
‘Helter Skelter’
‘Golden Slumbers’
‘Carry That Weight’
‘The End’

Come back to NME.com soon for the full review of Paul McCartney