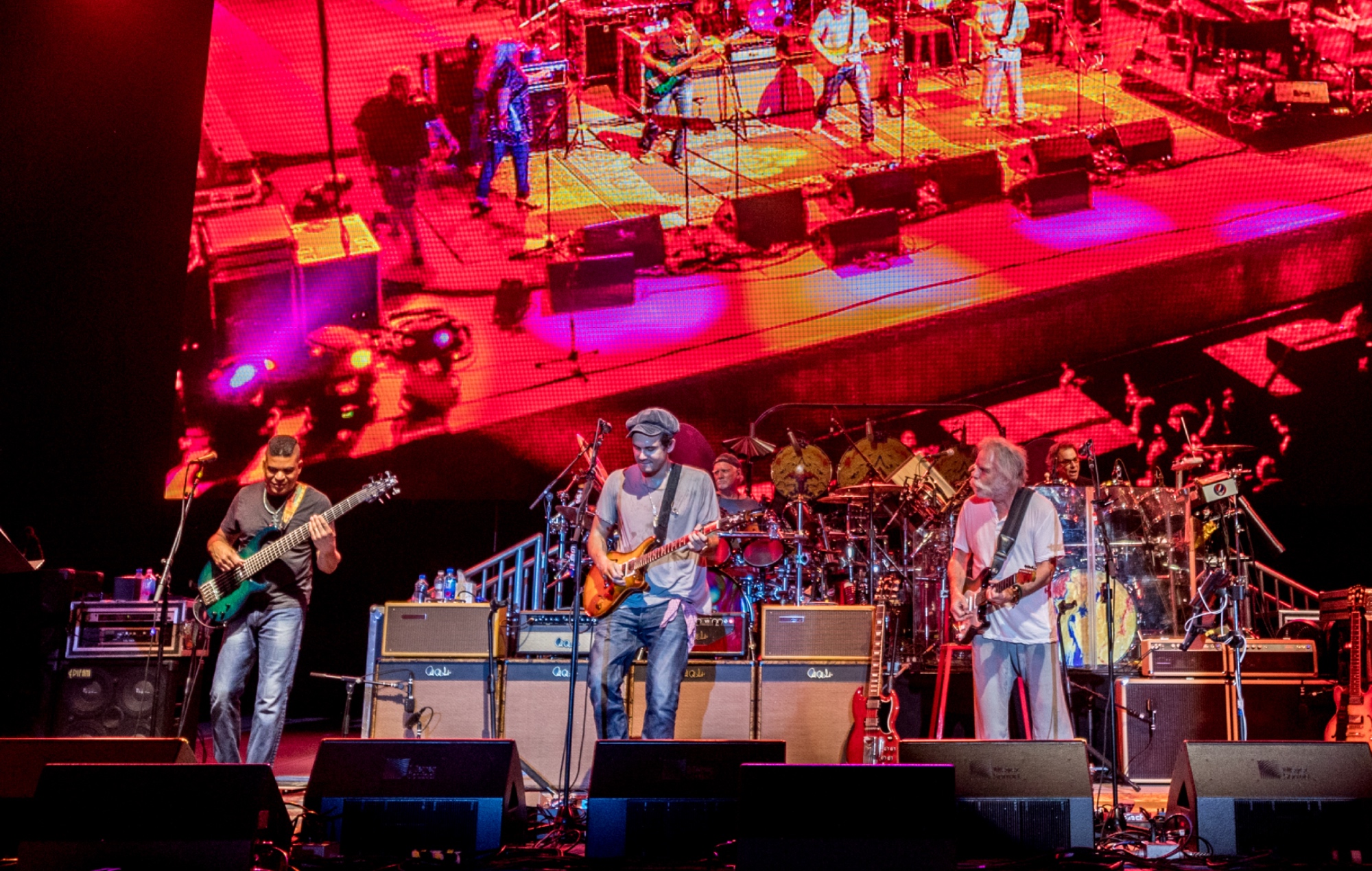 Dead & Company recreated Grateful Dead’s 1969 Woodstock set in full during a show held on the original festival site – watch the footage below.

The US band – which consists of former Grateful Dead members Bob Weir, Mickey Hart and Bill Kreutzmann – took to the stage in Bethel Woods, New York on Monday (August 23) as part of their current 2021 tour.

The group then performed ‘Dark Star’, ‘High Time’ and a version of Bobby ‘Blue’ Bland‘s 1969 song ‘Turn On Your Love Light’.

“Fifty years ago, right here, we tried this little sequence,” Bob Weir told the New York crowd. “And it didn’t work so well for us, so we’re going to try again.”

The Grateful Dead played at Woodstock on August 16, 1969. During an interview with Rolling Stone in 1989, Weir recalled the issues caused by the extreme weather conditions. “It was raining toads when we played,” he explained.

“The rain was part of our nightmare. The other part was our sound man, who decided that the ground situation on stage was all wrong. It took him about two hours to change it, which held up the show.”

Dead & Company’s current US tour is due to end in October with a trio of sold-out shows at the Hollywood Bowl in LA, California. They’ll take to the stage at the Darien Lake Amphitheater in New York tonight (August 25) – see the full schedule of dates here.

Last Friday (August 20), a man died after falling off a balcony at a Dead & Company concert in New York.