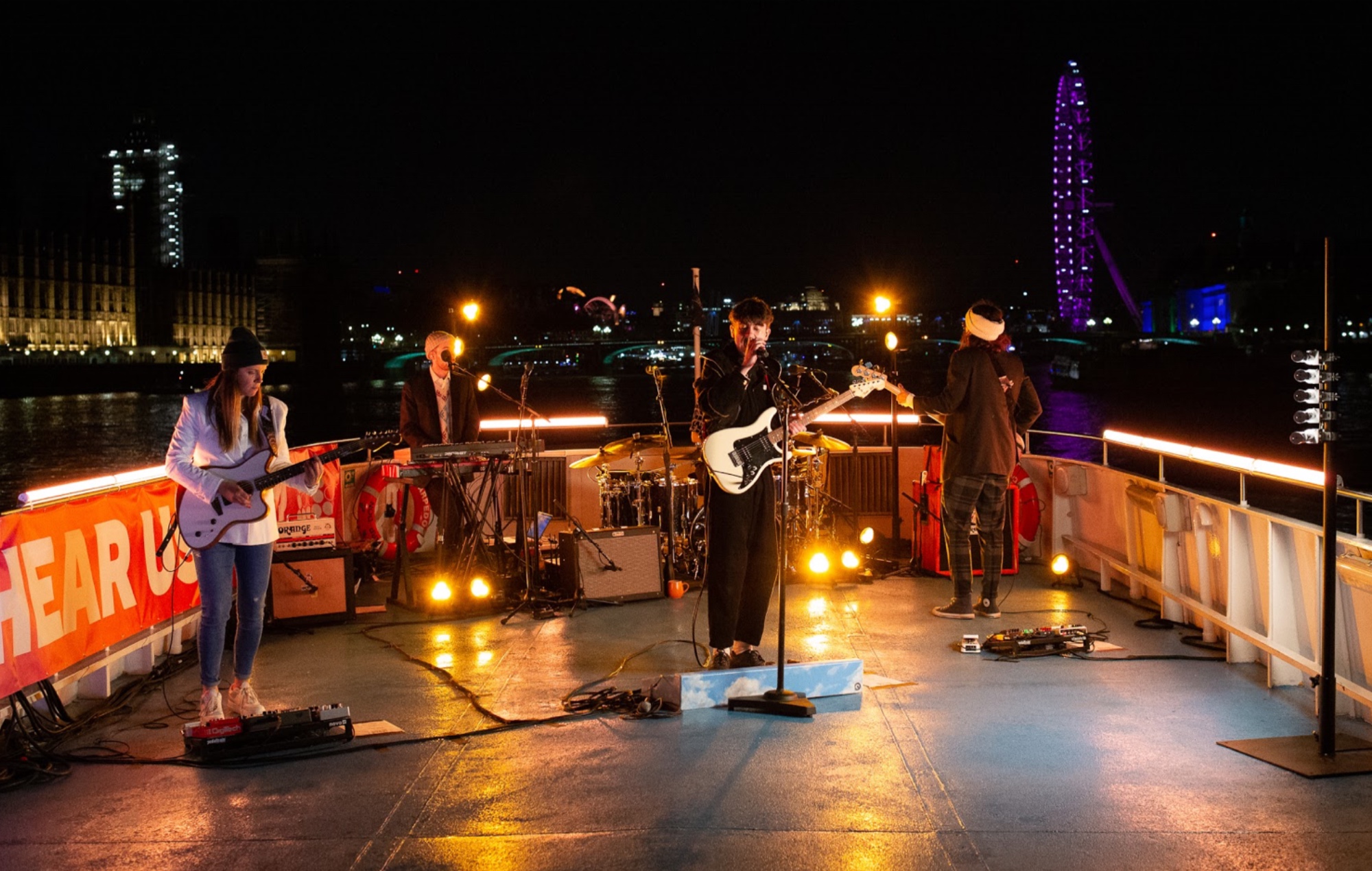 Declan McKenna performed ‘British Bombs’ outside the Houses of Parliament last weekend as part of a ‘Climate Live’ event. You can see footage of the performance below.

The performance, which took place on Saturday (April 24), was part of an international event to raise awareness of climate change around the world.

Elsewhere across the globe, fans will be able to see performances from the likes of Milky Chance, rising German star LEEPA and Japanese singer songwriter Anly.

A statement explained: “Led by members of Friday for Future youth climate groups, who organise the school strikes started by Greta Thunberg and supported by Music Declares Emergency, Greenpeace and many more, ‘Climate Live’ is bringing artists, activists and young people from across the world together through music to unite in the fight for climate justice and the race to safeguard the future of the planet.”

McKenna’s full set will be available to watch on Wednesday (April 28) at 8pm on YouTube. You can watch a clip below:

Frances Fox, the 20-year-old ‘Climate Live’ Founder, said: “I started ‘Climate Live’ in spring 2019, after being inspired by an interview in which Brian May said there should be a Live Aid for the climate crisis.

“I thought this was a brilliant idea to engage more young people in the movement, with our own spin, so immediately started messaging activists from all over the world.”

Speaking about the performance, McKenna said: “The question I’d ask world leaders is what disaster are we waiting for?

“There’s so much reason and so much cause to change the way we’re doing things right now and why wait? Why wait to act on this? We really are already seeing the impacts of climate change, of temperatures rising all around the world.

“We are already seeing the impact of pollution, the impact of all of this stuff for many years now – why wait? Why wait to do something massive?”


The performance comes after McKenna backed Earth Day last week by supporting No Music On A Dead Planet’s campaign for government action on climate change.