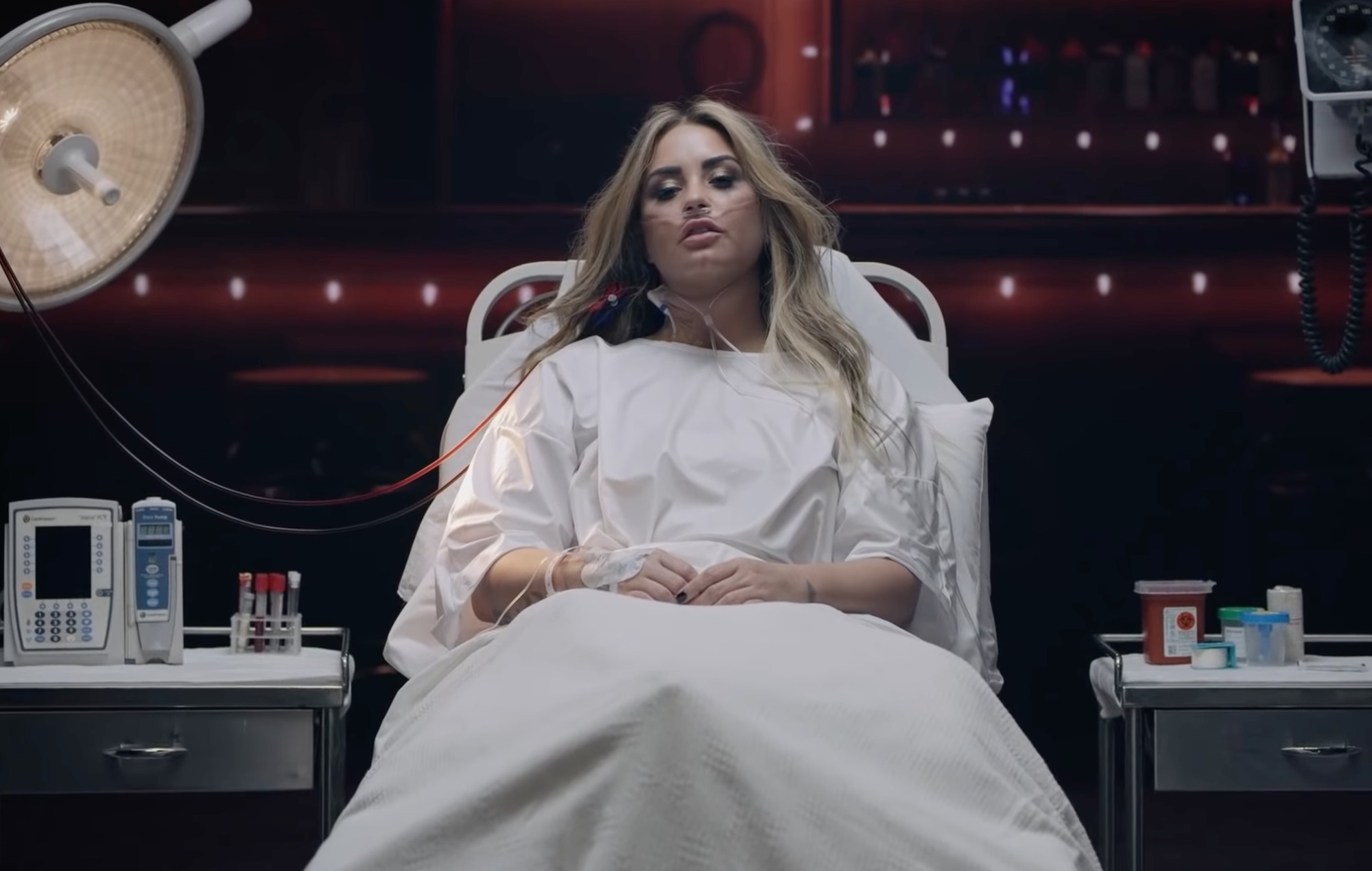 Demi Lovato has shared a powerful new video for ‘Dancing With The Devil’ – watch it below.

The video tracks the singer’s well-publicised battles with addiction, and into her subsequent recovery. It appears on her new album of the same name, released alongside her new YouTube documentary series.

**As detailed at the start of the video, the ‘Dancing With The Devil’ visual “contains content depicting addiction, drug use, trauma and sexual abuse which may be triggering for some.”**

Ahead of the release of her new documentary and album, Lovato revealed that she had to “essentially die to wake up” after suffering a near-fatal overdose in 2018.

The pop star was rushed to hospital in 2018 after overdosing on heroin laced with fentanyl. She has since said if she had been found five-to-10 minutes later, she would have died.

“Lovato has described it as ‘like the non-official soundtrack to the documentary’, an incredibly raw affair that explores her deeply traumatising experiences of sexual assault, years of substance abuse and a near-fatal heroin overdose in July 2018.

“So while most supposedly ‘confessional’ pop albums are really just mildly revealing, this one really goes deep.”


Included on the new album is ‘Met Him Last Night’, a collaboration between Lovato and Ariana Grande. The song, produced by Xavi and TBHits, marks the first time the two pop stars have collaborated with one another.