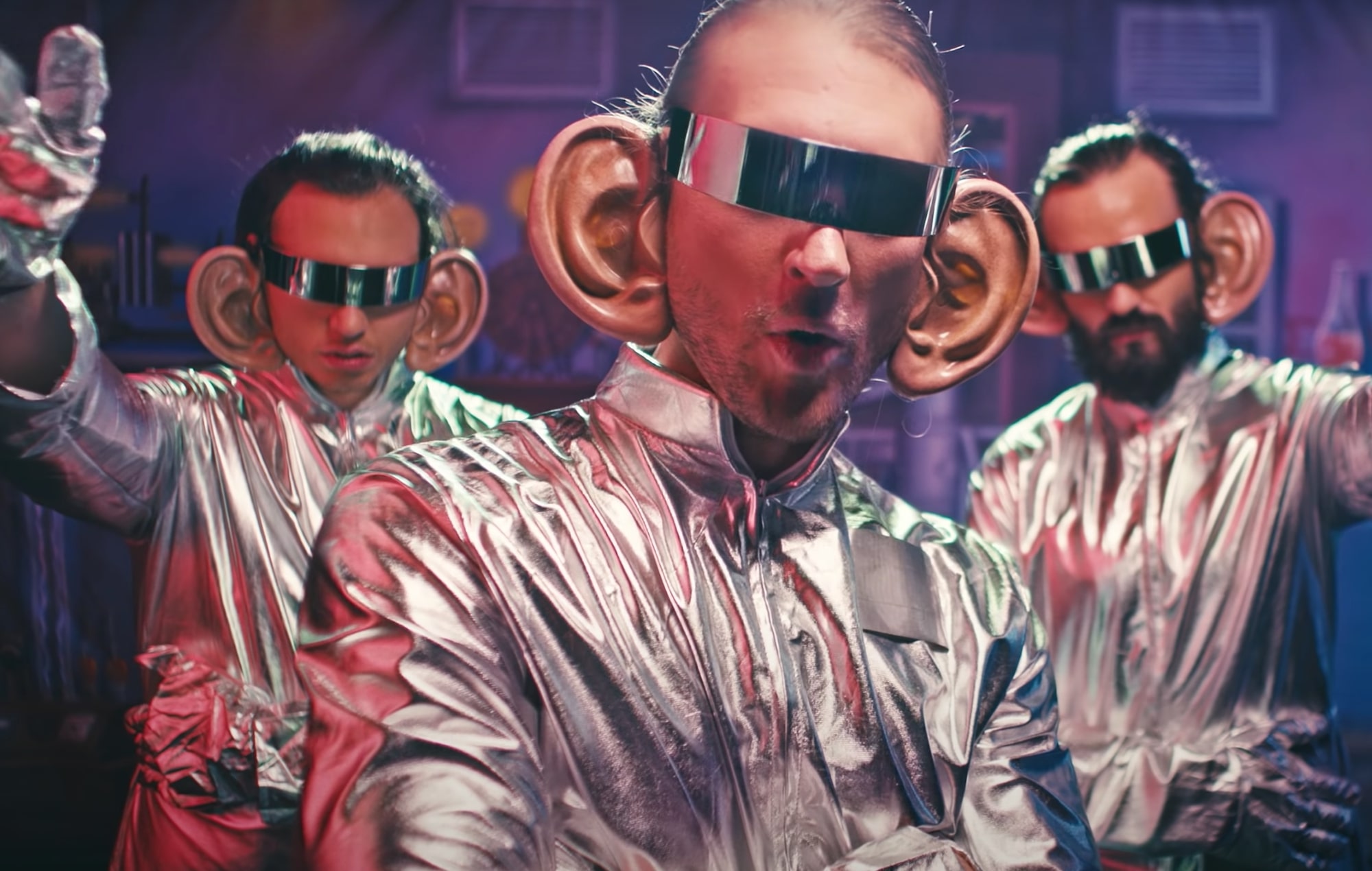 Dinosaur Pile-Up have shared a video for their cover of a Run-DMC classic – scroll down the page to watch it below now.

The video for the cover sees the trio get caught up in an alien invasion that sees cubes appear all over the world. The band played nearly all the characters in the video, including the aliens dressed in silver jumpsuits and comically-sized ears. Watch it below now.

In a statement, frontman Matt Bigland said: “We basically wanted a chance to make our own Beastie Boys/Busta Rhymes-esque video, but for a Run-DMC song […] ‘It’s Tricky’ is such a fun song, so we wanted to make sure the video wasn’t taking itself too seriously and that the end result would be a party.

“We also wanted to include us getting abducted by aliens (because why not), us dressed up AS THE ACTUAL ALIENS ABDUCTING OURSELVES because I’m into that ‘same person playing both roles’ thing, a scene that kind of reminded us of Foo Fighters‘ ‘Monkey Wrench’ video (because it’s cool as hell) and as much ’90s sci-fi special effects as we were allowed to include because we were brought up on that shit.”

Dinosaur Pile-Up released their latest album ‘Celebrity Mansion’ last year. The record featured the single ‘Back Foot’, which was accompanied by another comedic video that showed the band take inspiration from monotonous 9-5 jobs, nagging parents, and dreary daytime TV, illustrating a modern-day thirst for fame.