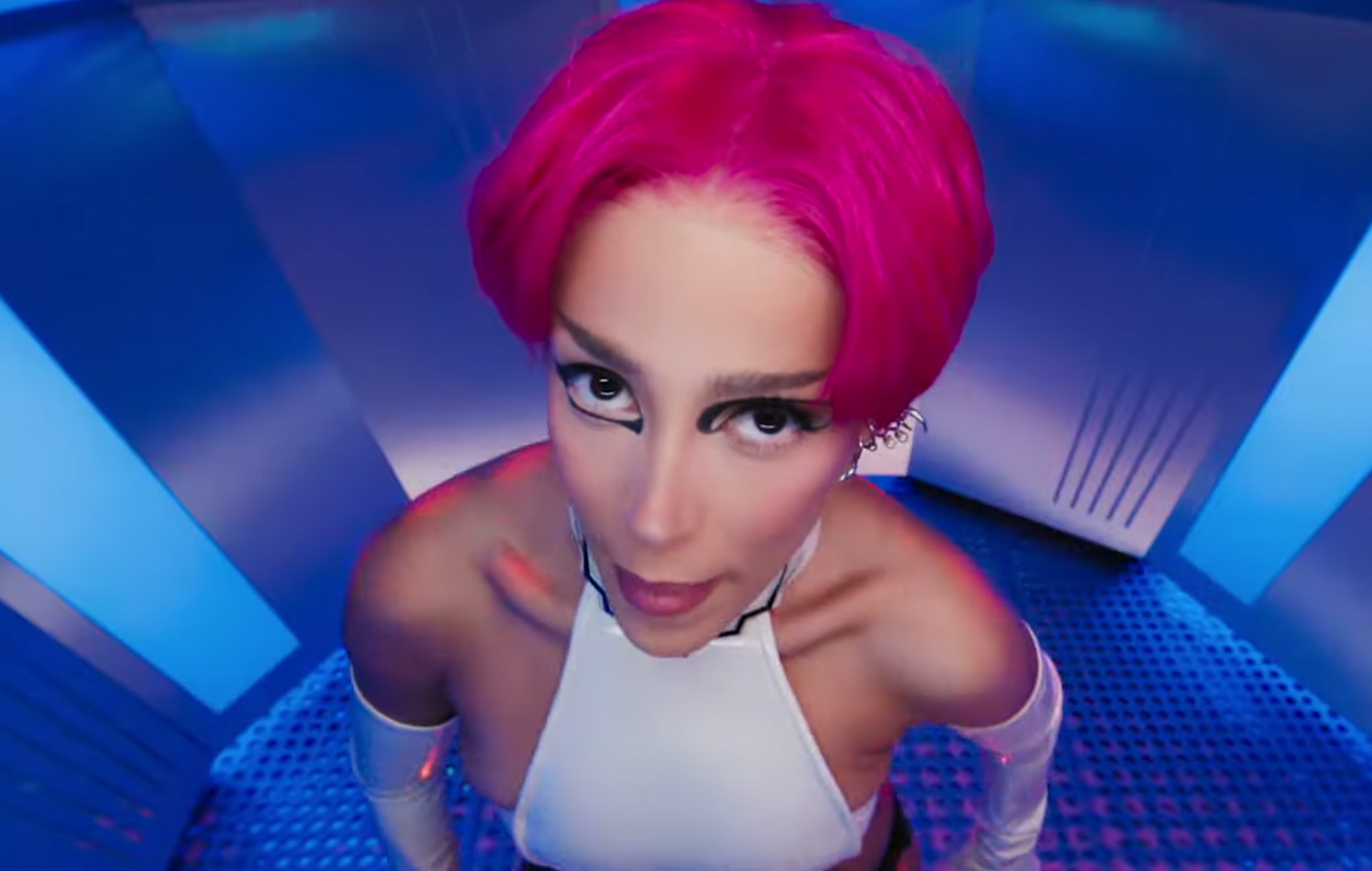 Doja Cat has released a music video for ‘Get Into It (Yuh)’. The track is from her 2021 album ‘Planet Her’, making it the fifth visual to be released from the album.

The visual effects-heavy clip sees Doja Cat as the captain of a spacecraft who receives a threatening message from a motley crew of aliens, who hold a cat named Starscream hostage.

Doja and her crew then set off on an intergalactic mission to retrieve the cat. A final showdown between the pop singer and the aliens sees her deflect laser beams through the sheer power of twerking.

Watch the music video for ‘Get Into It (Yuh)’ below.

‘Get Into It (Yuh)’ follows up the music video for ‘Planet Her’ track ‘Woman’, which premiered last month.

While a follow-up album to ‘Planet Her’ has not been confirmed, Doja Cat has previously said she hopes to record a double album in the future – with one side strictly hip-hop.

In February, Doja Cat is set to perform at The O2 Arena in London for the 2022 BRIT Awards, where she is nominated for International Artist of the Year and International Song of the Year for her SZA-featuring ‘Planet Her’ track ‘Kiss Me More’.

Earlier this week, Spotify reported that ‘Kiss Me More’ is the latest to score over one billion streams on the platform.

Meanwhile, the singer is reportedly in talks to write tracks for the soundtrack for upcoming Marvel Cinematic Universe film Black Panther: Wakanda Forever.