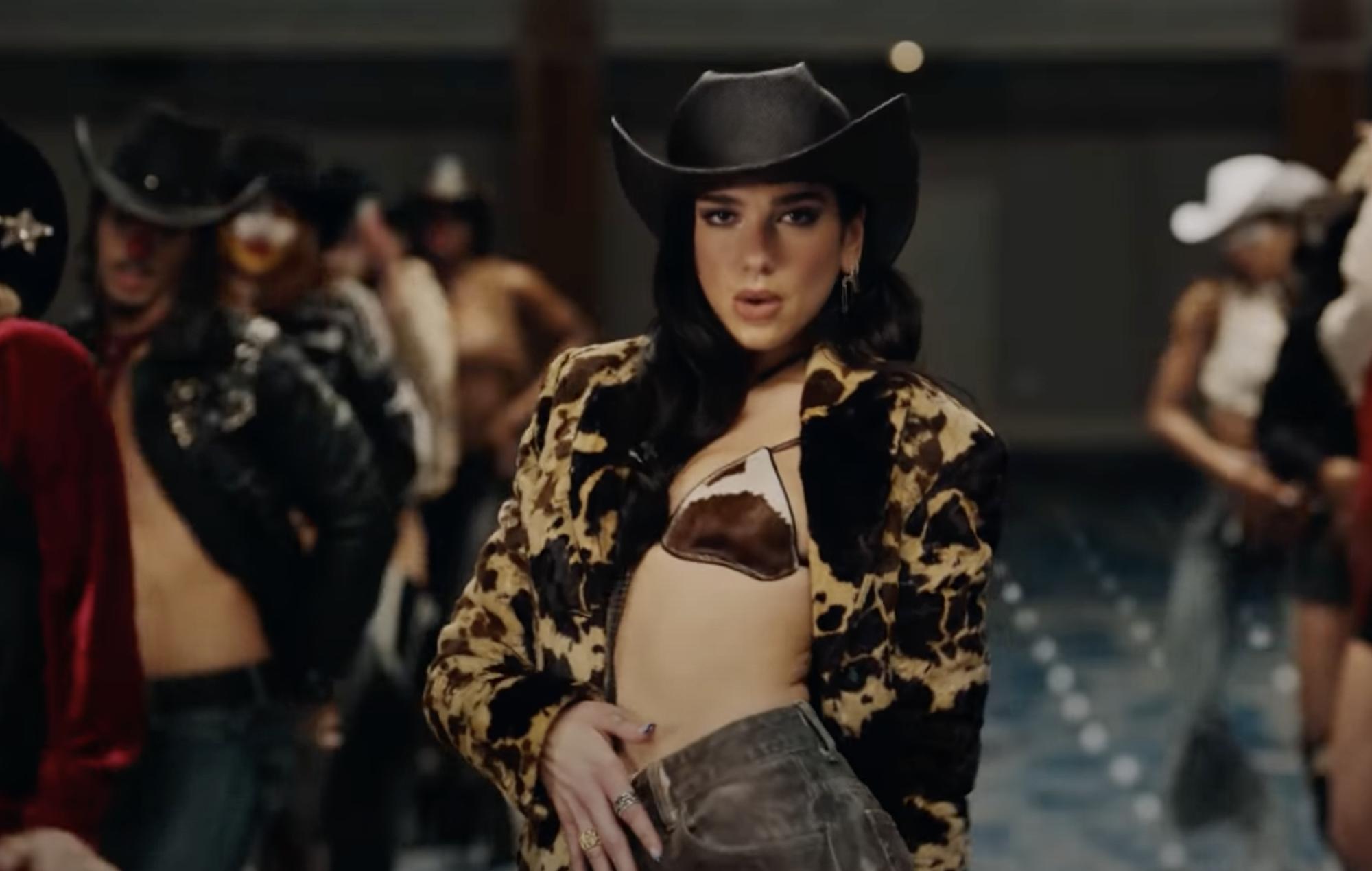 Dua Lipa has shared the music video for ‘Love Again’, the latest single from her 2020 album ‘Future Nostalgia‘.

In the Elderkin-directed video Lipa is seen donning rodeo gear, riding a mechanical bull and gyrating with clown-faced cowboys. Watch it below.

‘Love Again’ is the sixth single taken from Lipa’s chart-topping second album, for which she won the Best Pop Vocal Album award at this year’s Grammys.

Her newest song is ‘Can They Hear Us?’, a track written for the Gully soundtrack, which you can listen to here.

The singer has been busy over the last 12 months, releasing a remixed edition of ‘Future Nostalgia’ (titled ‘Club Future Nostalgia’) alongside the Blessed Madonna with guest spots from Missy Elliott, Mark Ronson and others.

In February 2021 she released three new songs on a deluxe ‘Moonlight Edition’ of ‘Future Nostalgia’, and in May she bagged two BRIT awards.

Last month, the boss of Lipa’s record label revealed that the musician is “already thinking” about her third album.

In an interview with Variety, Joe Kentish, the new president of Warner Records UK, reflected on the success of ‘Future Nostalgia’ and confirmed that ideas are already being shared regarding what’s next.

“It’s The Terminator of albums, it just cannot be stopped!” he said of the 2020 album. “Every time we think it’s down, another single pops off in another territory or on another platform. And her work ethic is legendary. We use her as an example to other artists at the label and I know her management company, Tap Music, do the same.”

Kentish also promised that the record would be “something completely different and at scale.”


He added: “She’s taking time to fully realise the album conceptually, but her belief in herself and the belief that she can pull off something completely different and at scale has only grown.”