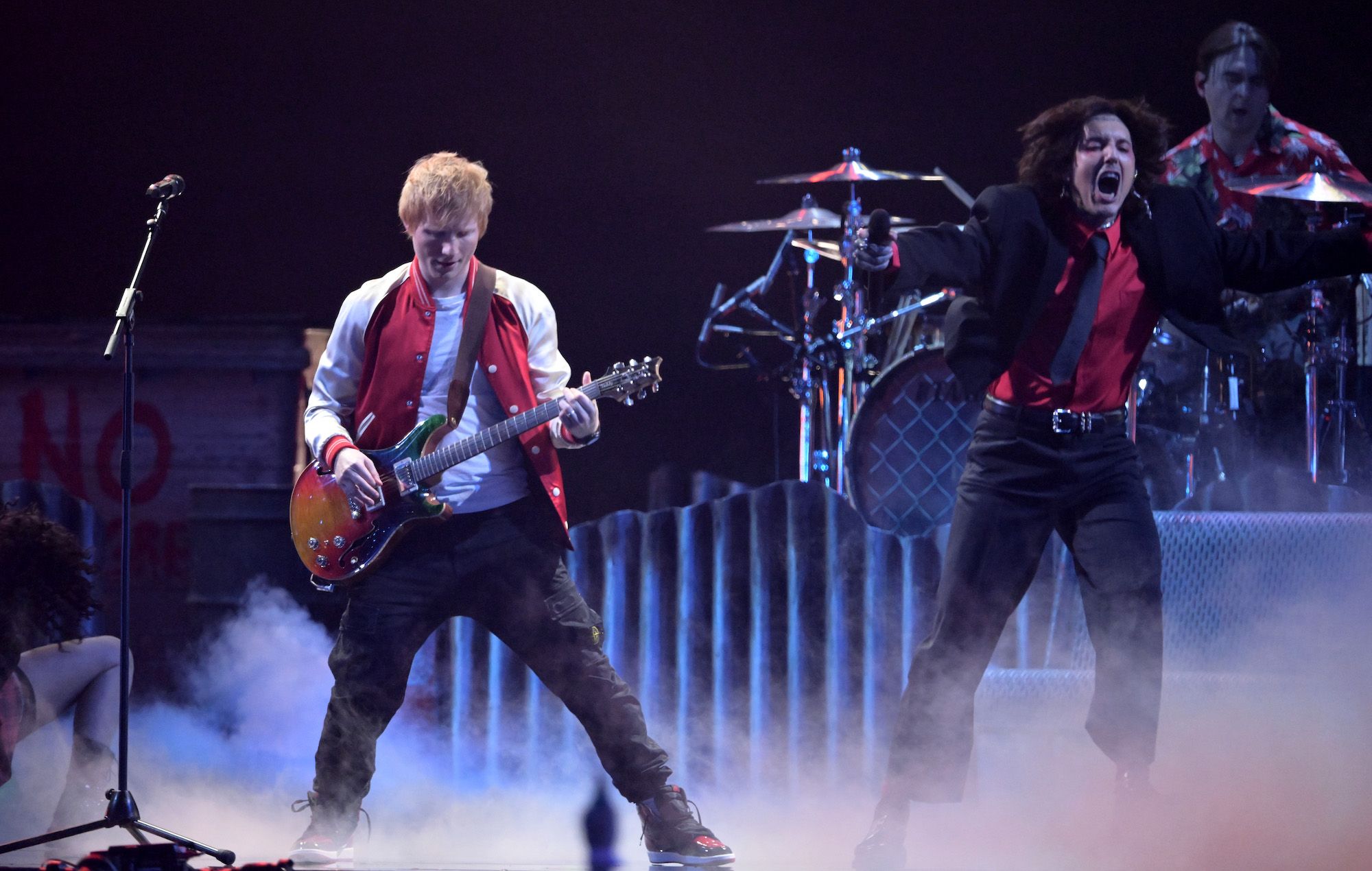 Bring Me The Horizon were joined by Ed Sheeran during their headline performance at Reading Festival tonight (August 27) – watch them play ‘Bad Habits’ below.

The pair’s remix of Sheeran’s 2021 mega-hit was released in February of this year, and got its live debut at the 2022 BRIT Awards in the same month.

Towards the end of Bring Me The Horizon’s 15-song set at Reading tonight, Sheeran joined them once again to play the rock-y version of the pop hit, which featured pyrotechnics on stage.

The band were playing a co-headline slot at the festival tonight ahead of Arctic Monkeys, and will travel to Leeds tomorrow (August 28) to do the same.

Elsewhere in their set, they played tracks from across their discography, opening with ‘Can You Feel My Heart’ and closing things out with ‘Throne’.

Watch Bring Me The Horizon and Ed Sheeran perform ‘Bad Habits’ at Reading below, alongside the band’s full setlist from the gig.

Bad Habits at Reading Festival 2022
Ed Sheeran and Bring me the horizon pic.twitter.com/COW3DQRGnz

Bring Me The Horizon played:

Speaking about the new version of the track upon its release, Sheeran said: “I really enjoyed the show last week and I think people will really like the new version. Excited to get it out.”

Bring Me The Horizon’s Oli Sykes added: “From receiving the email asking whether we’d like to open the brits with Ed Sheeran to us chatting and bouncing ideas to rehearsing and then performing and now releasing, this has needless to say been pretty mental.

“But we are all about pushing the boundaries of our own and other genres, so this felt like the perfect challenge.”

Elsewhere at Reading Festival today, Fontaines D.C. were joined on stage by a fan during their raucous set to perform ‘Boys In The Better Land’, while last night (August 26) saw Dave welcome Stormzy and AJ Tracey on stage during his headline set.

Up in Leeds meanwhile, Halsey played her Friday headline set with “terrible food poisoning,” telling fans: “I have played shows under some messed up conditions but last night might be the worst in recent memory. Felt like I was on Jupiter the whole time.”