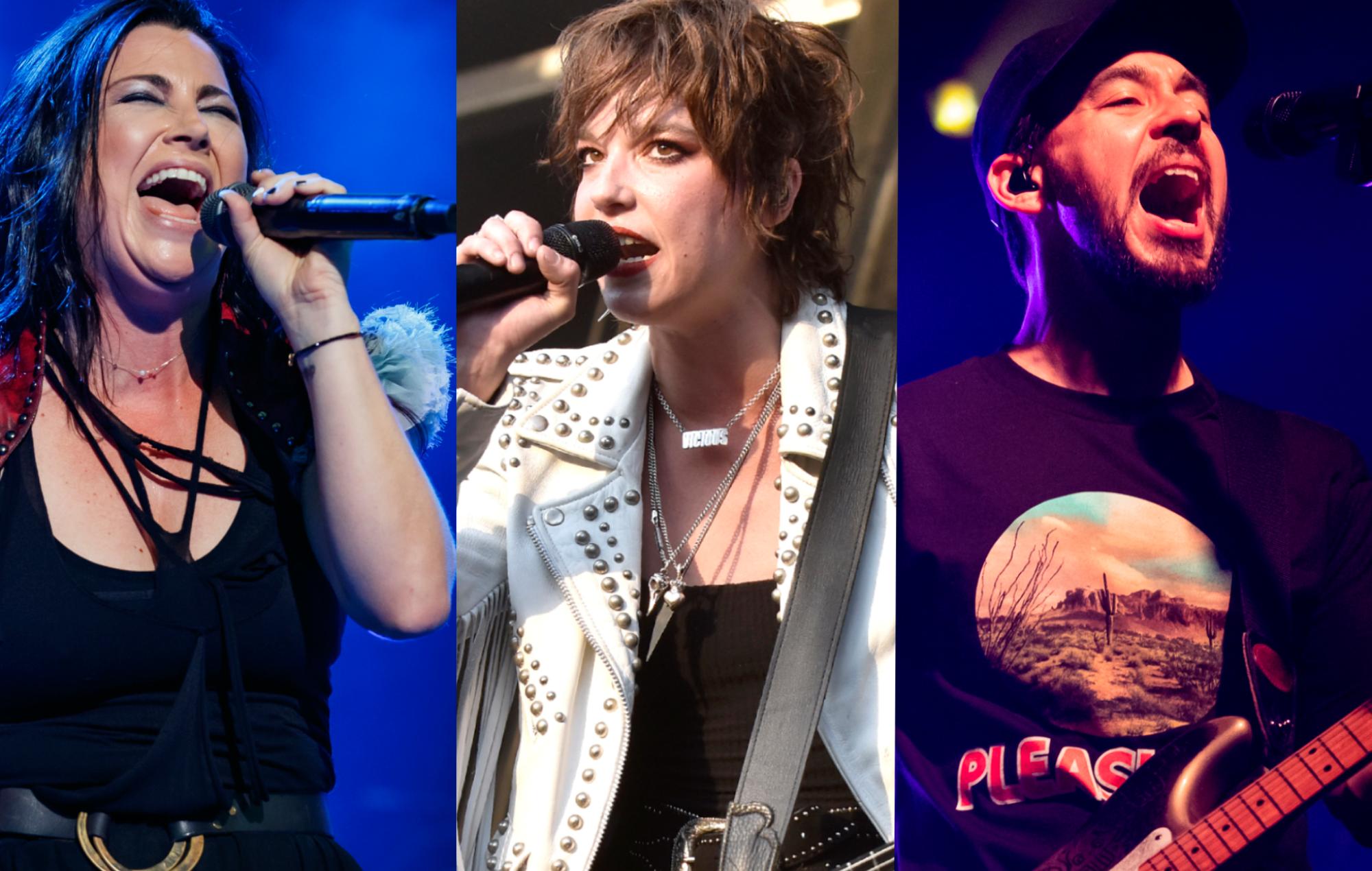 Evanescence‘s Amy Lee and Halestorm‘s Lzzy Hale have duetted on a cover of Linkin Park‘s song ‘Heavy’ – watch footage below.

The two frontwomen kicked off their bands’ US co-headline tour on Friday (November 5) at Portland, Oregon’s Veterans Memorial Coliseum with the rendition [via Consequence].

Lee – who was sat at a piano – welcomed Hale to the stage. The pair began the cover with a more delicate take on the Linkin Park track before the rest of Evanescence turned it into a heavier cover.

‘Heavy’ was the lead single on Linkin Park’s last album, ‘One More Light’, which was released two months before singer Chester Bennington took his own life in July 2017.

Lee also joined Hale for the song ‘Break In’ earlier during Friday’s set, for which she’d appeared on an updated version for Halestorm’s 2020 EP, ‘Reimagined’.

The pair duetted on the Linkin Park song again on Sunday (November 7), which means that it may well be a staple of their autumn US tour.

A new range of guitars and gear designed by the singer and songwriter were also been announced, with Hale also being named on the Gibson Gives Advisory Board.

Hale was revealed to be Gibson’s latest ambassador at a ceremony at the Gibson Garage in Nashville, Tennessee.

“I am beyond honoured to be named a Gibson ambassador,” Hale said in a statement. “Ever since I was 16 years old, it was my dream to someday be a part of the Gibson circle. It’s an incredible feeling to know that this dream has become a reality.”
Evanescence and Halestorm’s arena tour runs until December 18 – see here for details.