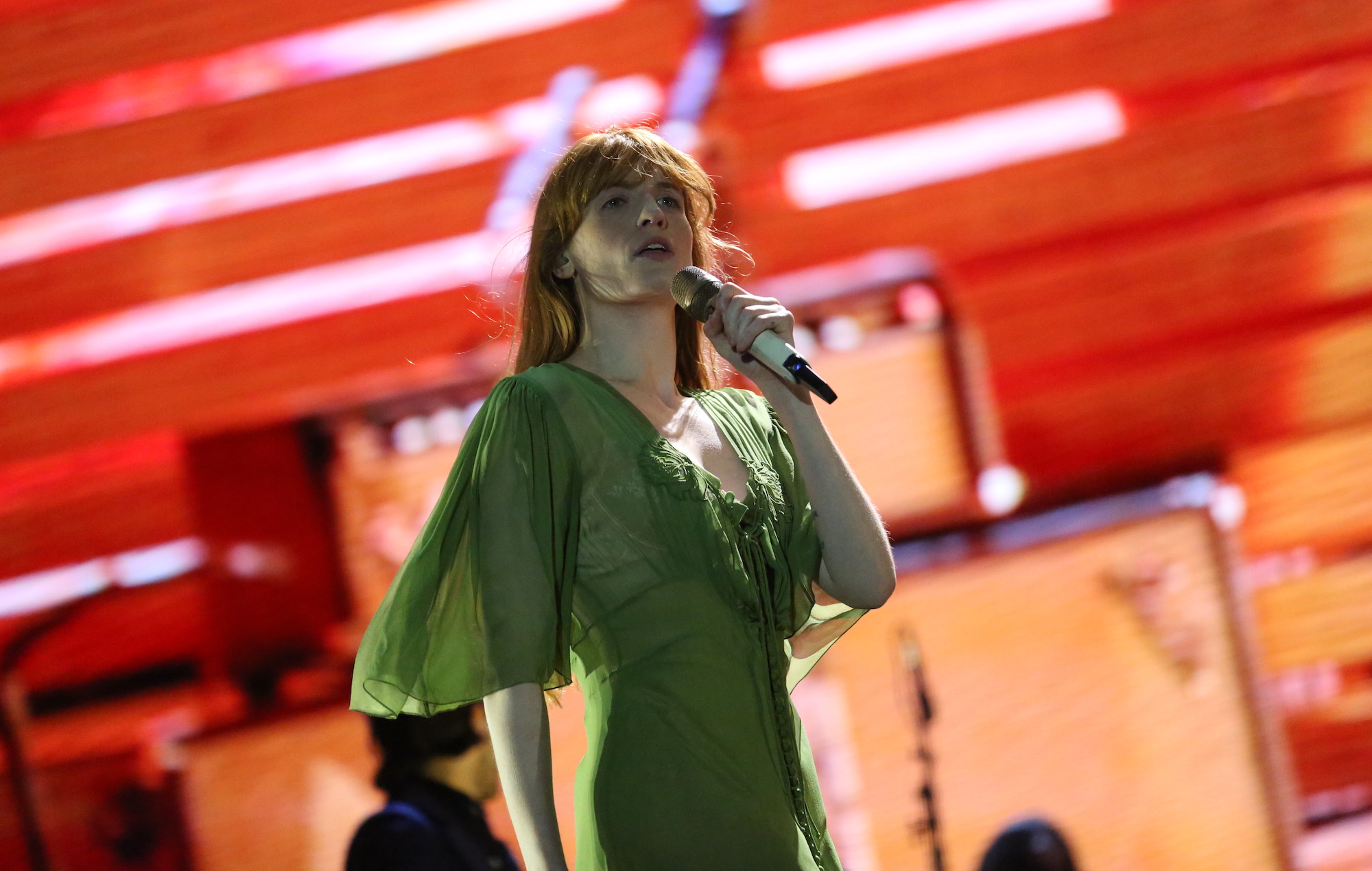 Florence + The Machine frontwoman Florence Welch received a unique gift during a recent show, with a fan throwing a fake severed hand on-stage.

The humourous incident took place while the band was performing at Madison Square Garden in New York City, as part of their ongoing ‘Dance Fever’ world tour. In a video posted to the band’s TikTok account, Welch is seen remarking at the gift – which has seemingly been thrown up alongside a bouquet of flowers.

“It’s a beautiful bloody severed hand,” Welch says in the video, before joking: “How did you know?” She then jokes with the audience that she will “eat this later”, leaving the fake hand on a piece of staging behind her.

Watch the footage below:

I get the most beautiful gifts 🩸

The North American leg of the ‘Dance Fever’ world tour will continue on Friday night (September 23) in Orlando, wrapping up next month with a show at the Hollywood Bowl in Los Angeles. From there, the tour will continue on to the UK and Europe in November, before heading to Australia and New Zealand in early 2023.

Florence + The Machine released ‘Dance Fever’, their fifth studio album, in May 2022. It reached Number One on the UK album charts, marking the band’s fourth album to do so. In a four-star review, NME described the album as “packing an invigorated spirit into powerful, sneakily thrilling pop”.

“It feels like a joyous, slowly unfurling epiphany,” the review read. “It’s a gift to be able to listen in.”

A deluxe edition of ‘Dance Fever’ was released a week after the original album, which included acoustic versions of four songs from the album and a cover of The Stooges‘ ‘Search and Destroy’.