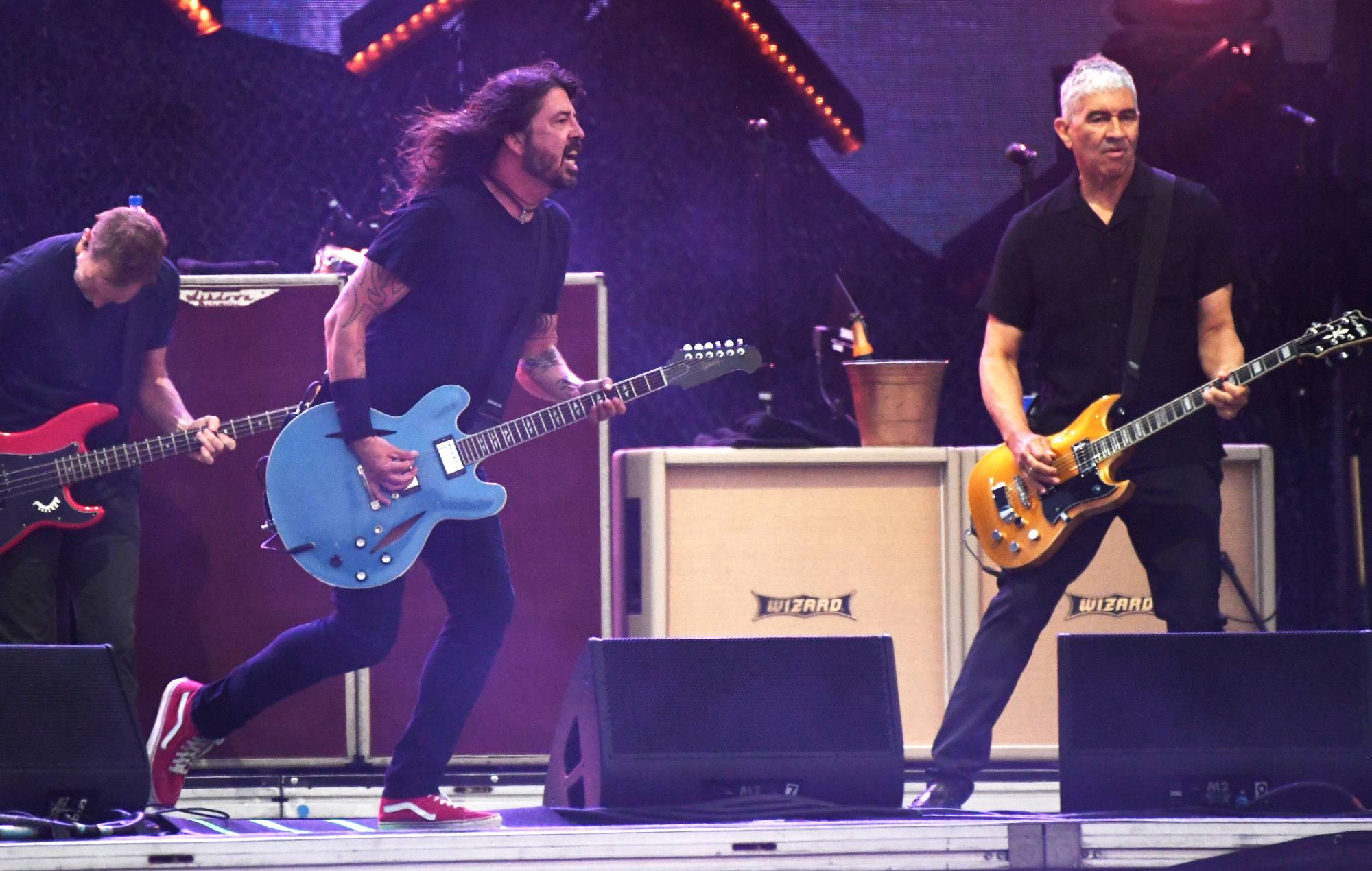 Foo Fighters invited a fan on stage to play Dave Grohl‘s guitar part in ‘Monkey Wrench’ during their gig in Kansas last week – watch fan-shot footage of the moment below.

The penultimate song of the band’s show at the Azura Amphitheater in Bonner Springs on August 5 featured a fan who was plucked from the crowd to help perform the ‘The Colour and the Shape’ song.

The fan, Lauren, made her way on stage towards Grohl before the frontman stopped her in her tracks by jokingly saying “six feet!”, referencing social distancing measures.

Grohl then handed Lauren his guitar and asked her if she’d ever “played a show this big”, adding: “It’s fucking cool.”

“You’re not nervous, are you?” Grohl asked Lauren, who shook her head in reply. “She ain’t nervous!” the frontman declared to the cheering crowd.

The Foos and Lauren then launched into ‘Monkey Wrench’, with the guest guitarist nailing her part in the song – you can watch the performance in the above clip.

Foos have been inviting their fans on stage to play ‘Monkey Wrench’ for a number of years, with one Grohl lookalike joining the band in Brisbane in January 2018 before another fan at an April 2018 gig in Austin, Texas went up on stage in full Kiss make-up.

Ahead of the Foos’ gig in Bonner Springs the band had a run-in with the controversial Westboro Baptist Church, who were picketing the band’s performance.

Foos turned up as their comedic disco alter-egos The Dee Gees to drown out the protesters, with Grohl declaring: “You shouldn’t be hating, you know what you should be doing? You should be dancing!”