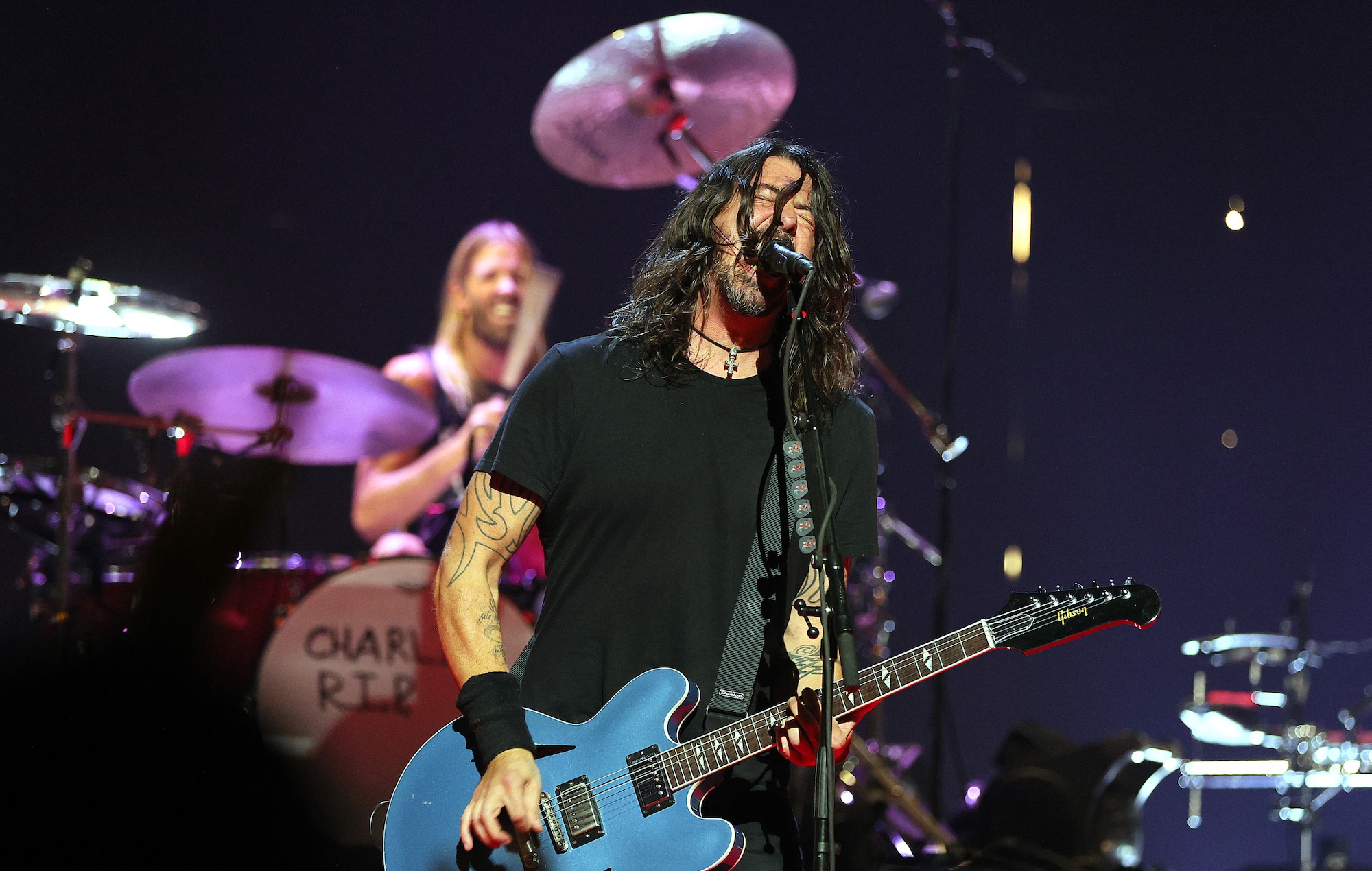 Foo Fighters performed a medley of songs at this year’s MTV Video Music Awards, where they were also were the recipients of the VMAs’ first Global Icon Award.

The rockers were introduced by Billie Eilish, who said an “entire generation of music fans” had grown up with the band, and “they helped the world fall in love with rock and roll”.

“They put their heart into every single song, and leave it all on the stage every time. They’ve carried the torch of rock and roll for 26 years,” Eilish continued.

“They have 12 Grammys, seven Platinum albums, two VMAs, and this year they’ll be inducted into the Rock and Roll Hall of Fame. They are heroes, they are legends, and now they’re officially Global Icons.”

“Thank you very much ladies and gentlemen for having us here tonight. It’s quite an award to receive,” frontman Dave Grohl said during the band’s acceptance speech.

“We’ve been a band for 26 years, so it feels pretty good. But we’d like to thank all of the people at MTV, past and present,” he continued before listing a handful of names and joking, “We’ll see you in 26 years”. Watch that below:

We are thankful for these ICONS ? Congrats @foofighters on taking home the Global Icon Award at the #VMAs! pic.twitter.com/kgQzRGKAFJ

When VMAs organisers announced the Global Icon Award last month, they stated that the honour “celebrates an artist/band whose unparalleled career and continued impact and influence has maintained a unique level of global success in music and beyond”.

“The VMAs will honour the global icon who has left an indelible mark on the musical landscape and continues to influence, inspire, and evolve,” it added.

After receiving the award, Foo Fighters then performed a medley of songs onstage – opening with 1999 hit ‘Learn to Fly’ before transitioning ‘Shame Shame’, from this year’s ‘Medicine at Midnight’. They concluded the set with a powerhouse performance of their iconic 1997 song ‘Everlong’.

In addition to receiving the Global Icon Award, Dave Grohl and co. were also nominated in three categories at this year’s ceremony – Best Rock, Group of the Year and Best Cinematography.

Speaking to NME about the Foos’ return to these shores, Dave Grohl said: “I’ve always loved playing the stadiums in the UK.

“It’s the first place we did a stadium of our own after we played that Live Earth benefit [at London’s Wembley Stadium in 2007] and then came back for a couple of nights at Wembley. That trip was our introduction to playing gigs that large.”