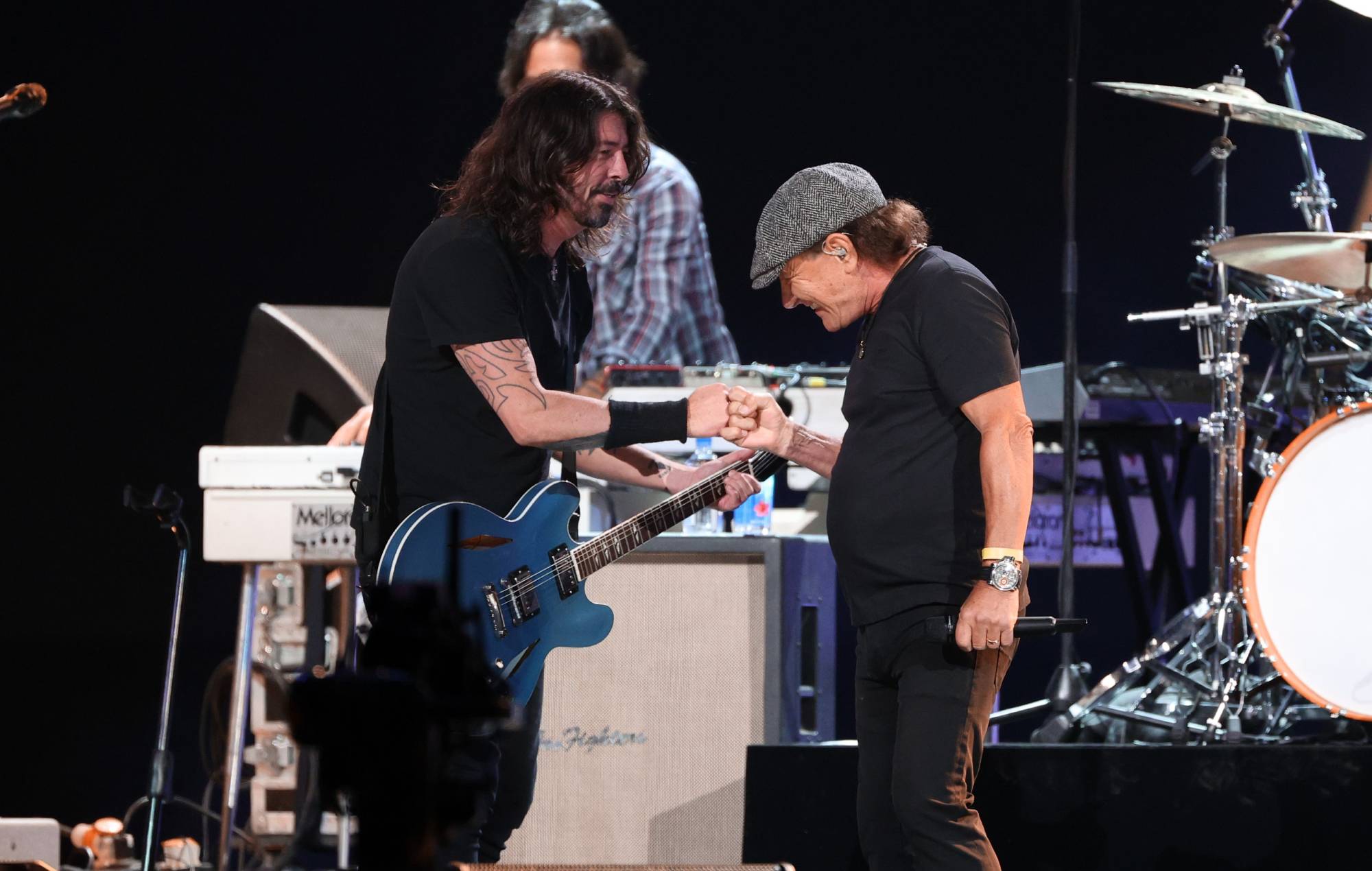 Foo Fighters joined forces with Brian Johnson onstage this weekend for a cover of AC/DC‘s ‘Back In Black’ – you can check out the footage below.

Dave Grohl and co. performed at the SoFi Stadium in Los Angeles on Sunday night (May 2) for Global Citizen’s Vax Live event, which is due to be streamed online this Saturday (May 8).

The Foos played a six-song set – including classic hits ‘Everlong’, ‘All My Life’ and ‘Times Like These’ – to a crowd of 27,000 fans, many of whom were healthcare or essential workers.

While official footage is yet to emerge, one audience member captured the moment AC/DC frontman Johnson took to the stage to provide vocals on a rendition of 1980’s ‘Back In Black’.

The brief clip shows the singer perform the track to a non-socially distanced crowd as Foo Fighters play behind him.

VAX Live: The Concert to Reunite the World, presented by Selena Gomez, was put on in a bid “to help end COVID-19 for all, end the hunger crisis, resume learning everywhere, protect the planet, and advance equity for all”.


Also appearing on the bill was Pearl Jam‘s Eddie Vedder, H.E.R., Jennifer Lopez and J Balvin. Fans can tune into the full show on May 8 via YouTube and iHeartMedia.

Back in March, Grohl recalled the first time he met AC/DC after the Grammy Awards. “We had this beautiful night. And there was this jazz band. And it was one of the greatest nights of my entire life,” he explained.