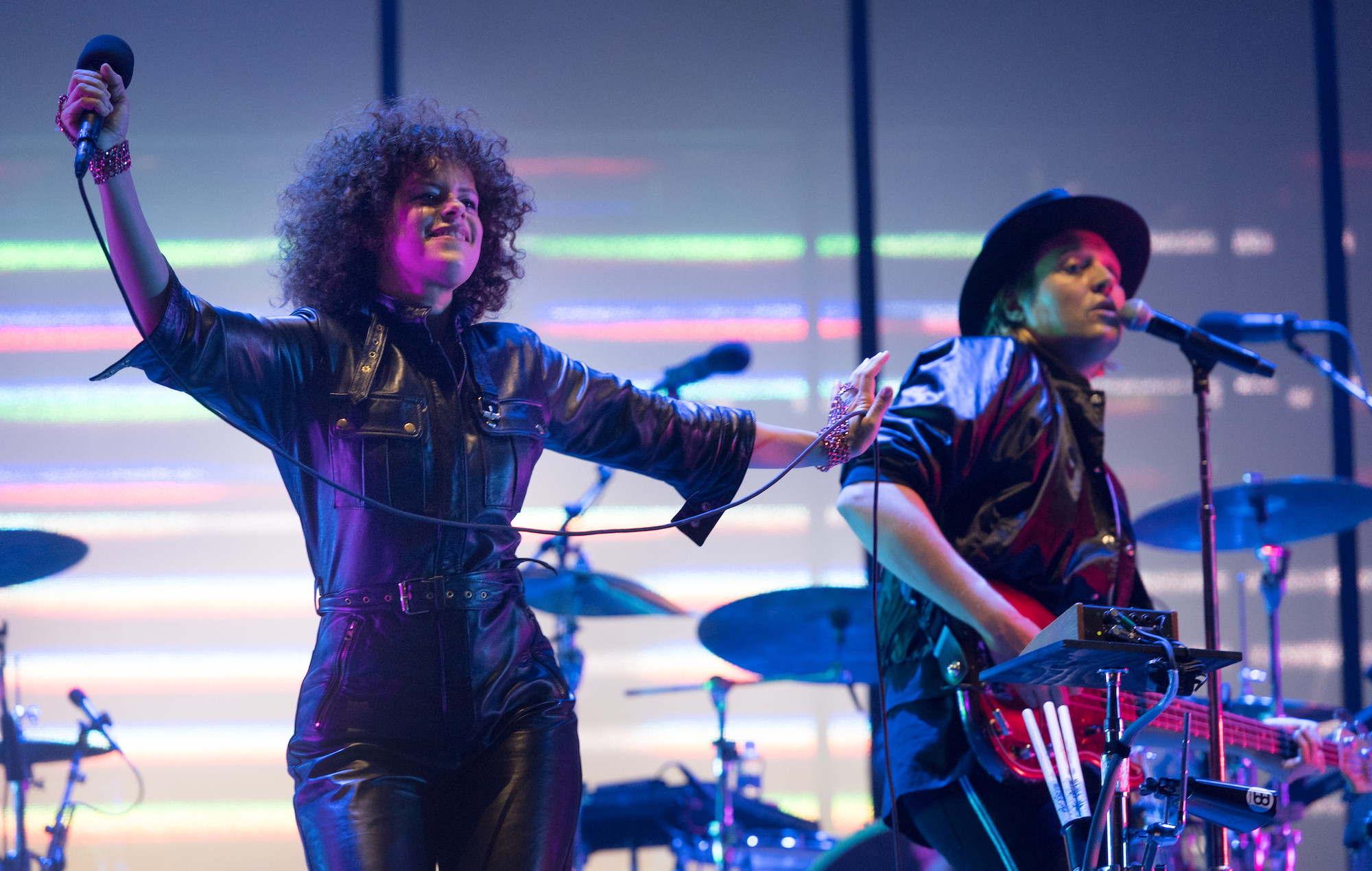 Live footage of a new Arcade Fire song has emerged on YouTube – watch ‘Rabbit Hole’ below.

Taking place at Toulouse Theatre, all proceeds from the “pay-what-you-can” gig went to benefit the Plus1 Ukraine relief fund, which is supporting Ukrainian people through non-profits providing humanitarian aid as Russia’s invasion of the country continues.

The gig was live-streamed via TikTok and Instagram, and snippets from that recording sees the band performing ‘Lightning I, II’, a song they recently revealed would be released this Thursday (March 17).

The band also performed a second unreleased track, ‘Age Of Anxiety’. The song borrows elements from ‘Memories Of The Age of Anxiety’, a 45-minute instrumental ambient track they released for a meditation app last year. The version the band performed features vocals from frontman Win Butler, and has more active percussion than the earlier iteration.

Now, more footage has emerged of another new song called ‘Rabbit Hole’ – you watch the fan-shot footage of the song below.

Arcade Fire have been teasing their return in recent weeks. Earlier this month, fans of the band began sharing images of cryptic postcards that they’d received in the mail which displayed the message “we missed you” above a stave filled with musical notes. They followed it up by sharing a brief snippet of new music on their website.

In November 2020, Arcade Fire debuted a new song, ‘Generation A’, while performing on Stephen Colbert’s US election special, but a studio version has not yet been released.


The band’s last studio album was 2017’s ‘Everything Now’, which NME gave five stars in a review upon release.