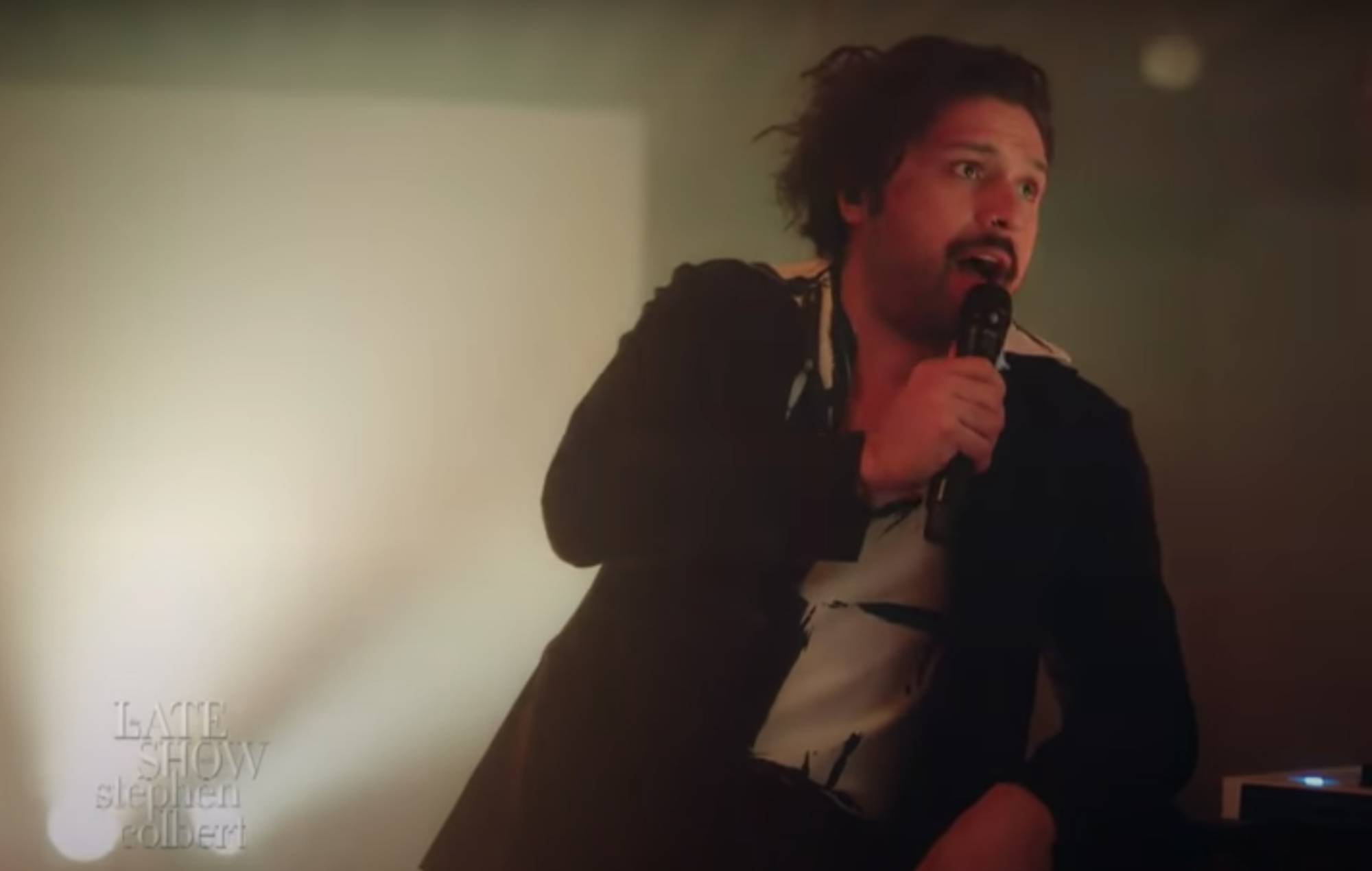 Watch Gang Of Youths perform ‘The Angel Of 8th Ave.’ on ‘Colbert’

Gang Of Youths brought recent single ‘The Angel Of 8th Ave.’ to The Late Show With Stephen Colbert this week – watch their performance below.

The single will feature on the band’s recently announced new album ‘Angel In Realtime’. Due out on February 25, the new LP will be the band’s first full-length project in almost five years, following 2017’s ‘Go Farther In Lightness’.

Speaking to NME about ‘The Angel Of 8th Ave.’, frontman Dave Le’aupepe said: “It’s about falling in love and finding a place in a new city with that person. It’s my story, but we wanted it to feel like a more broad spectrum of love and the two major cities that played a big part in mine and my wife’s life.

“There’s always going to be poetry with love in the big city, and the metropolis is like a microcosm for a global human experience no matter where.”

In July, the band released a surprise three-track EP titled ‘Total Serene’, which included ‘The Angel Of 8th Ave.’ plus new single ‘Unison’ and a cover of the 2002 Elbow cut ‘Asleep In The Back’.

A sepia-toned music video for ‘The Man Himself’ came next, followed by last month’s single ‘Tend The Garden’ – the fourth preview of the upcoming album.

Watch the band’s performance on Colbert below:

Alongside the album announcement, Gang Of Youths announced a 2022 tour, which will take them to the UK, Europe, North America, New Zealand and their home of Australia.

They’ll be kicking off the tour at Dublin’s Button Factory in March before taking on dates around the UK and Europe, heading to North America late the following month. They’ll play a lengthy run of shows around America and Canada, before heading to Australia and New Zealand throughout July and August. Finally, they’ll head back to America, finishing the tour at Sacremento’s Ace of Spades at the end of September.

In September, the band shared a stripped-back version of ‘The Angel Of 8th Ave.’, performed live by Le’aupepe on a wooden piano.