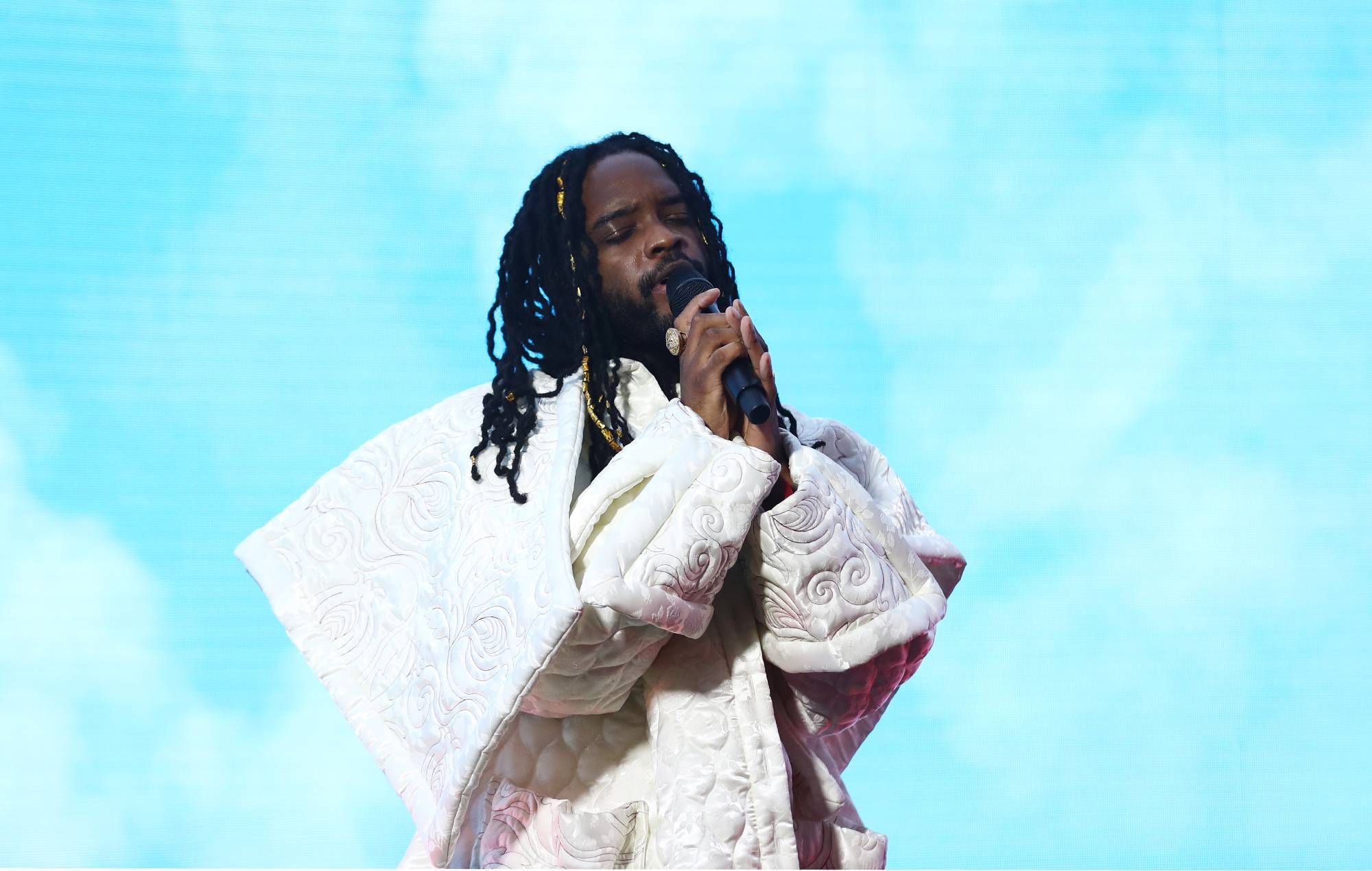 Genesis Owusu made his debut on The Late Show With Stephen Colbert, performing ‘Gold Chains’ – watch below.

Owusu shared ‘Gold Chains’ in February 2021, following singles ‘Don’t Need You’, ‘The Other Black Dog’ and ‘Whip Cracker’. In an interview for NME‘s Big Read, the Canberra rapper discussed the track’s themes.

“I’m trying to live comfortably but I’m pursuing a life [in the music industry] that is known to just be fucked up,” he said. “To be full of vultures, creeps and people that drain. That line is just acknowledging the contradiction and the walking paradox I can be.”

For his Late Show set, Owusu performed in a regal-looking room with a chandelier hanging down, wearing a bright red suit while his band provided accompaniment.

At the time of its release, ‘Gold Chains’ was the latest single to be taken from Owusu’s debut album ‘Smiling With No Teeth’, which was released in March 2021. The track also recently featured on Barack Obama’s list of standout tunes of 2021.

We’re thrilled to welcome @genesisowusu for his #LSSC debut with a song @BarackObama selected for his Favorite Music of 2021 playlist! #GoldChains #GenesisOwusu pic.twitter.com/EW9zzrXyfS

In a review of the album, NME‘s Cyclone Wehner wrote: “With ‘Smiling With No Teeth’, Genesis Owusu has delivered a riveting album that underscores the power of self-knowledge, perspective and art – one that should be cranked loud.”

The album was also included in NME‘s 20 best debut albums of 2021, alongside Arlo Parks‘ ‘Collapsed In Sunbeams’, Black Country, New Road‘s ‘For The First Time’ and Celeste‘s ‘Not Your Muse’.

Last month, Owusu delivered the visuals for the remix to his latest single, ‘Waitin’ On Ya’.

The original version of ‘Waitin’ On Ya’ is slow-burning and smooth, while the remix – helmed by Jagwar Ma’s Jono Ma – is more frantic and shorter by almost two minutes.

Owusu will embark on a headline UK and Ireland tour in June this year, hitting stages in London and Dublin.

Owusu will embark on a headline UK and Ireland tour in June this year, hitting stages in London and Dublin.