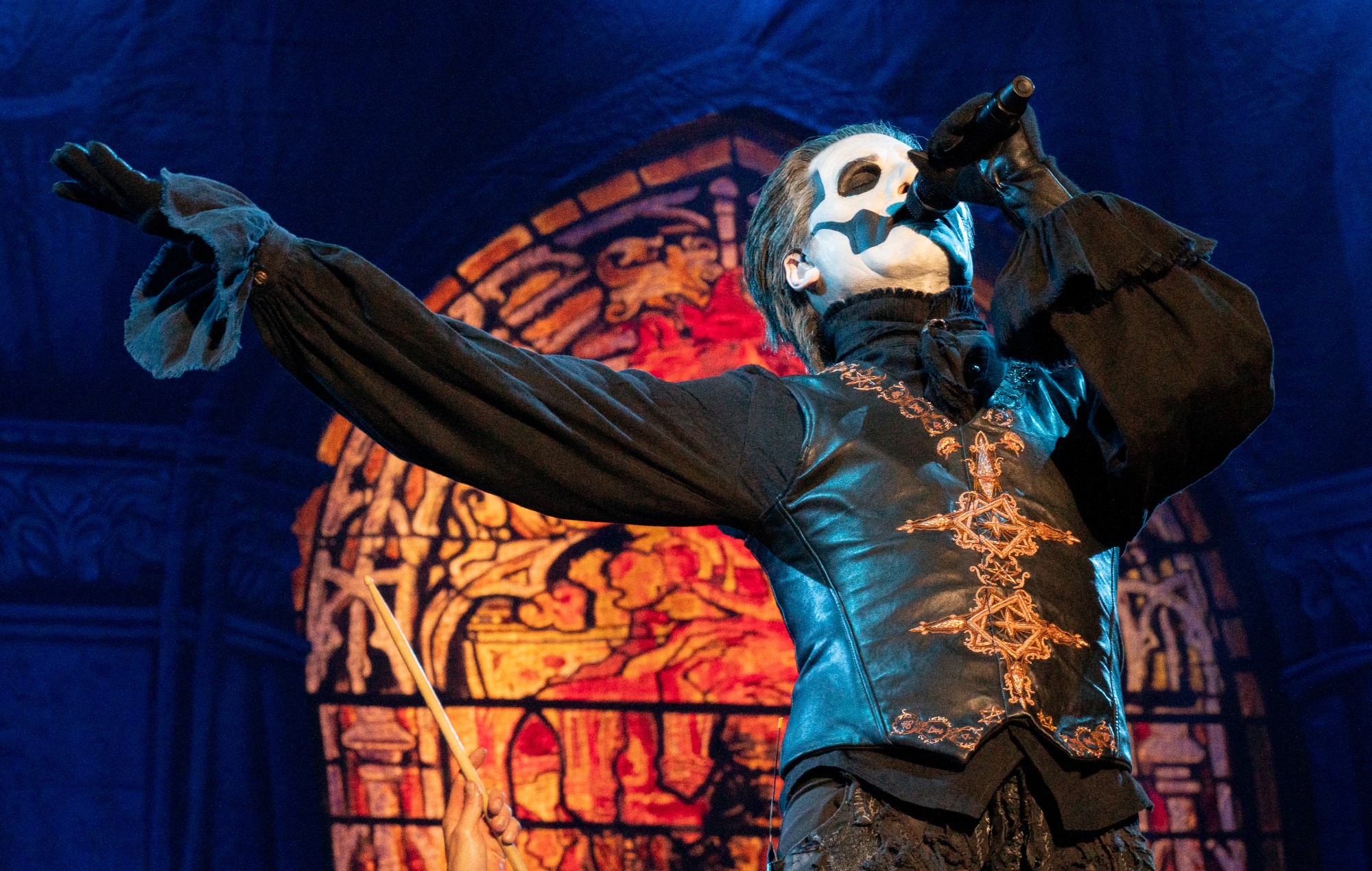 Ghost kicked off their arena headline tour for ‘Impera’ last night (April 9) in Manchester, debuting new songs and reviving Papa Nihil – check out footage and the complete setlist below.

Taking to the stage at Manchester’s AO Arena, Ghost played four songs from the recently released ‘Impera’ including ‘Call Me Little Sunshine’ and ‘Spillways’, both of which had never been played before at a proper live gig (though had made appearances at Ghost’s livestreamed album launch show).

Elsewhere the set drew heavily from 2018’s ‘Prequelle’ and 2015’s ‘Meliora’. Check out the setlist and fan shot footage below.

Elsewhere in the set, Ghost resurrected the character of Papa Nihil for a sax solo during ‘Miasma’. He had previously been killed off during a concert in Mexico City in 2020.

Taking to social media after the set, one of Ghost’s Nameless Ghouls wrote: “Children of Manchester! Back on British soil after 2 1/2 years – With a bang (well, several actually). Thank you all for turning it into such a wonderful night.”

The tour continues tomorrow (April 11) with a show at London’s O2 Arena before heading to Glasgow, Birmingham and then onto Europe. Tickets are available here and the complete run of shows is as follows: