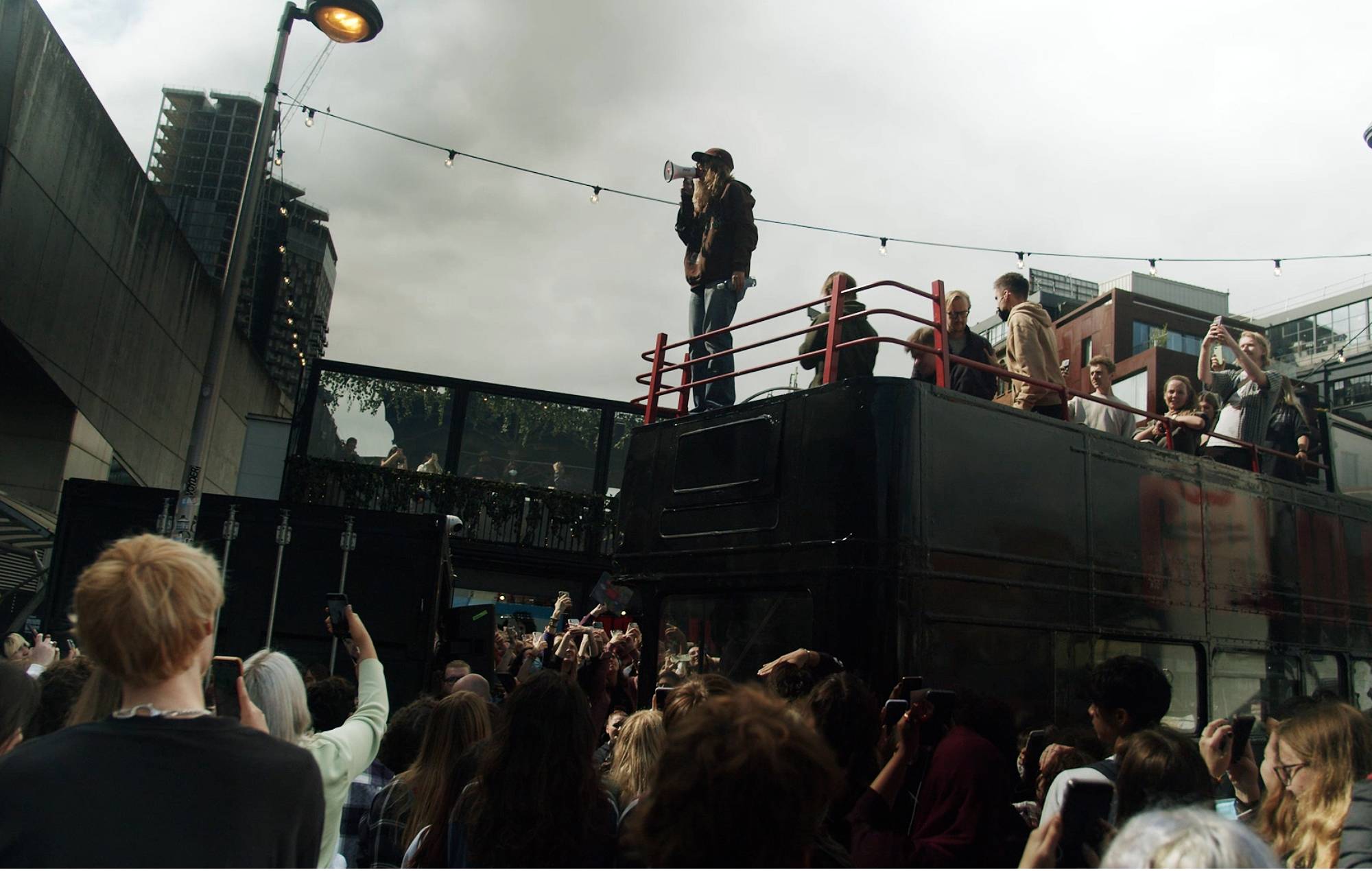 Yesterday (Thursday, September 2) saw Girl In Red take over Boxpark in Shoreditch, London, for a special surprise event for fans. Watch our video of what went down above.

Earlier this week, Norwegian queer-pop sensation Marie Ulven followed up her huge closing Festival Republic Stage headline set at Reading & Leeds 2021 by giving fans an online clue to solve which later led them to the meet-and-greet event in East London where they had the chance to grab tickets to a secret London show tonight (Friday September 3).

Ulven arrived to hundreds and hundreds of screaming fans lining the street, before she stood atop her own Girl In Red-branded double decker bus, addressing them with a microphone before firing merch into the crowd with a t-shirt cannon and throwing them copies of her acclaimed debut album ‘If I Could Make It Go Quiet’, before getting up close and personal with her followers and running down the street to meet as many as she could.

“My week in England has been really good,” Ulven told NME before she arrived at Boxpark. “I’ve been having a lot of English breakfasts at 1am, and a lot of beer at 1am with those breakfasts.”

She continued: “We started with a little riddle – an anagram – and I didn’t know what it was until recently. Then a lot of people figured the anagram out right away. We have this gigantic-ass bus with my name on it, people found the bus and I know there’s a lot of people outside there right now for a fact.”

Ulven added: “I’m going to have a megaphone, I’m going to be screaming ‘I love you and thank you so much for showing up!’ I’m also going to be shooting people with t-shirts and merch through a cannon. I just wanna hang out, take some pics and just feel the love.”

Watch the NME video above for a lowdown of what went down, as we go on Girl In Red’s bus in Shoreditch and meet a few of her fans.

Check out our interview with Girl In Red from Reading Festival 2021 here, where she told us about the new songs she’s writing, sliding into Taylor Swift‘s DMs, and supporting Billie Eilish at an upcoming London gig.

Girl In Red will head out on an extensive UK and European tour in 2022.