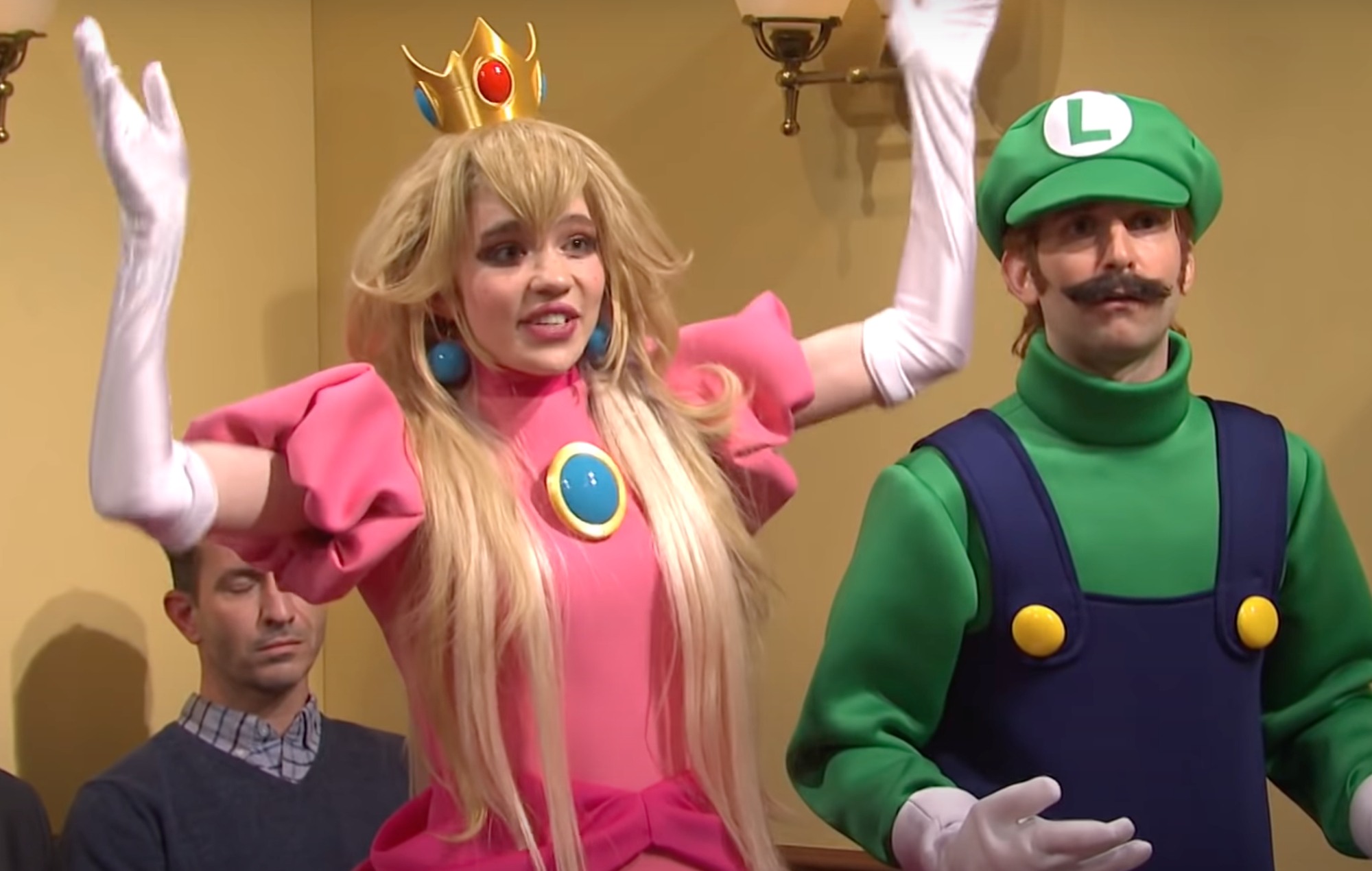 Grimes made an appearance on Elon Musk’s episode of Saturday Night Live last night (May 8), taking on the role of Super Mario character Princess Peach.

Musk, Grimes’ partner, was the guest host for the latest instalment of the long-running US comedy show.

In a sketch based in a courtroom, Musk played Wario and was accused of being responsible for the death of Mario. While SNL’s Mikey Day delivered a defence argument for Wario, Musk revealed a secret affair between Mario’s brother Luigi and his wife Princess Peach.

“I-a never touched him under the overalls,” Grimes’ Princess Peach protested. Watch the sketch in full below now.

During Musk’s opening monologue, the tech billionaire revealed that he had been diagnosed with Asperger’s. “I’m actually… the first person with Asperger’s to host SNL – or at least the first to admit it,” he said at one point (former SNL cast member Dan Aykroyd hosted the show in 2003 and said he had mild Asperger’s).

“So I won’t make a lot of eye contact with the cast tonight. But don’t worry, I’m pretty good at running ‘human’ in emulation mode.”

He also shared his vision for the future, saying he believed in “a renewable energy future”. “I believe that humanity must become a multi-planetary, space-bearing civilisation,” he said. “Those seem like exciting goals, don’t they?


Meanwhile, Musk’s appearance on the show was met with criticism from both fans of SNL and its cast members. Bowen Yang and Aidy Bryant both took to social media to share their feelings on his booking.

It was reported that the programme’s boss Lorne Michaels would allow cast members who were uncomfortable with Musk hosting the show to sit out the episode, although none appeared to take him up on the offer.