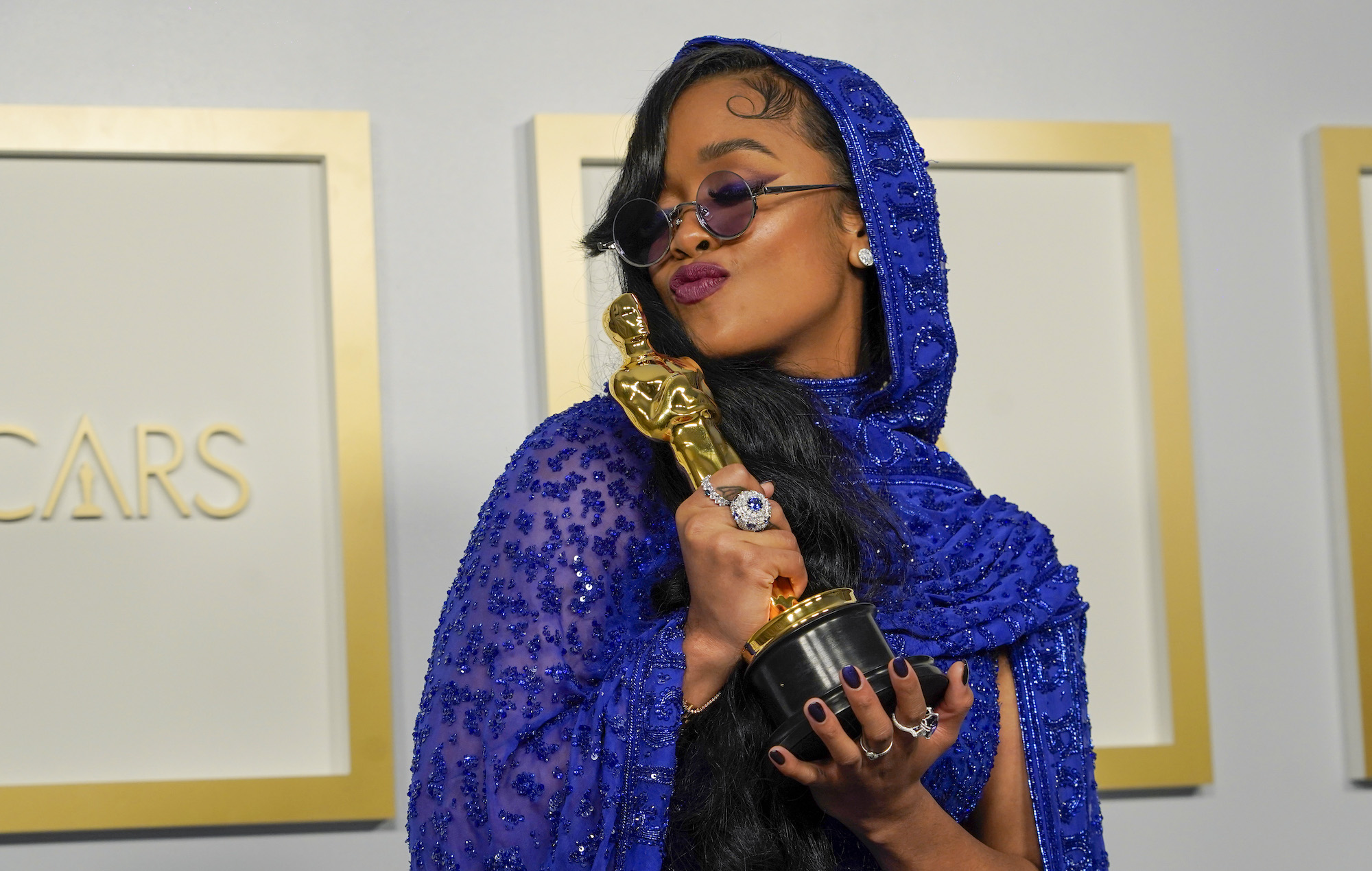 H.E.R. performed her Oscar-winning song ‘Fight For You’ for the Oscars 2021 tonight (April 26) – scroll down the page to watch it now.

The song featured on the soundtrack for Judas And The Black Messiah and collected the award for Best Original Song at the Los Angeles ceremony.

H.E.R. performed the track in a pre-recorded segment that aired in a pre-show broadcast ahead of the main event. The performance saw the musician begin by singing from behind the drum kit before moving to the front of the rooftop stage she was filming on.

Watch the performance below now.

During her acceptance speech for the Best Original Song award, the star called upon the entertainment world to use their work for good. “Musicians and filmmakers, I believe we have the opportunity to tell the truth and write the history the way it was,” she said.

“Knowledge is power, music is power and as long as I’m standing, I’m going to fight for us.”


The Best Original Song trophy was one of two awards Judas And The Black Messiah won. The other went to Daniel Kaluuya for Best Actor in a Supporting Role. During his acceptance speech, the actor thanked Black Panther Fred Hampton – who he portrayed in the movie – and reminded Hollywood there is still “so much work to do” on the journey to racial equality.

Meanwhile, Nomadland dominated the night with three wins. You can catch up with all of the winners from the Oscars 2021 here.