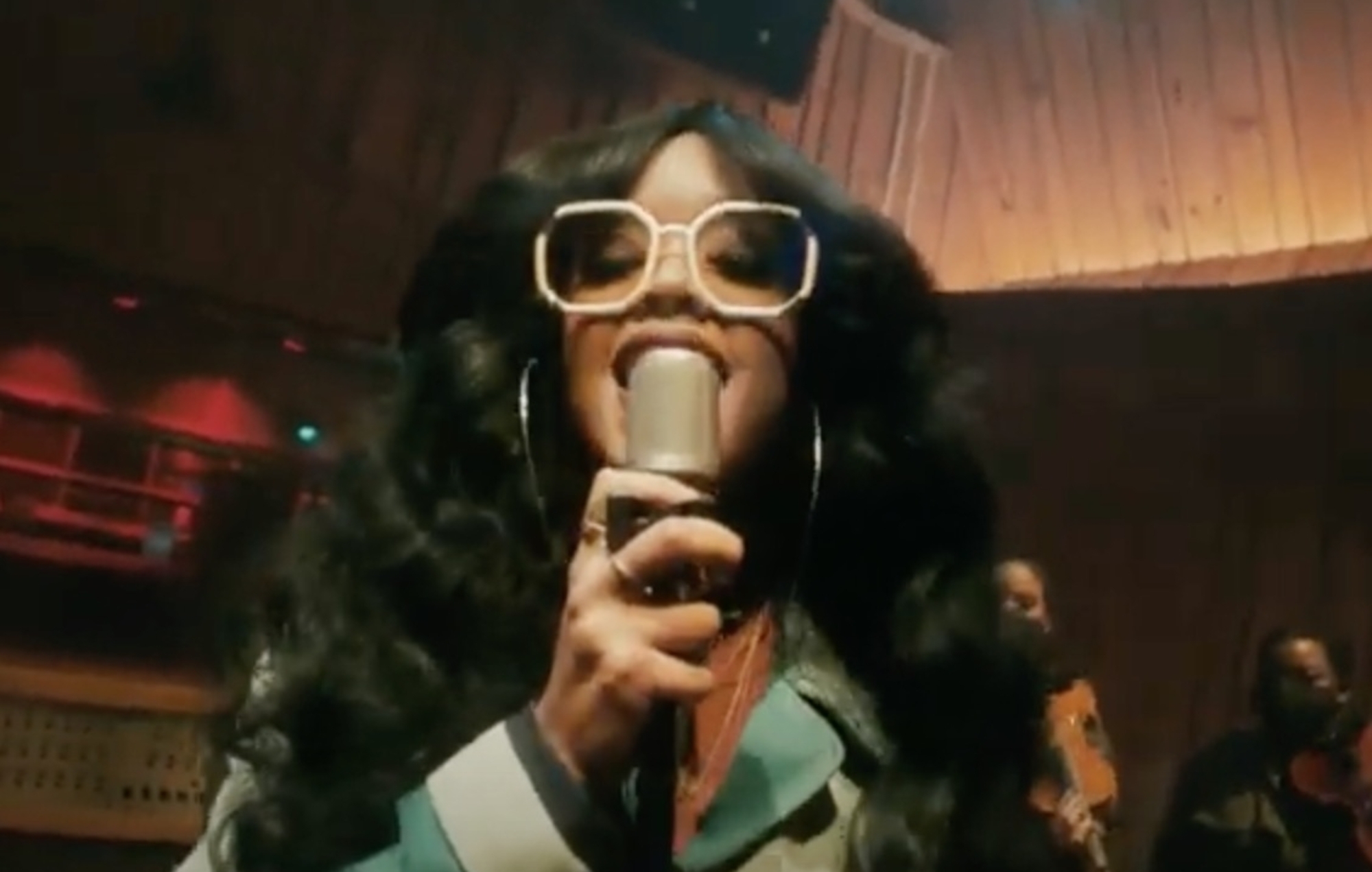 H.E.R. appeared on The Late Show With Stephen Colbert this week to perform her new single ‘Fight For You’ – watch the performance below.

The track, which features in Shaka King’s new film Judas And The Black Messiah, was nominated for a Golden Globe on Wednesday (February 3) alongside songs from Netflix movie The Trial of the Chicago 7, The Life Ahead, One Night In Miami and The US v. Billie Holiday.

Stopping by Colbert to deliver a live rendition of the new track on Thursday (February 4), H.E.R. began her performance donning a bass guitar before handing it off in order concentrate on singing the song which was co-written with Emile and Tiara Thomas.

Watch H.E.R. and her band’s Colbert performance below:

Judas And The Black Messiah stars Daniel Kaluuya as Black Panther leader Fred Hampton in the ’60s-set film, directed by King and produced by Ryan Coogler, with whom Kaluuya worked with on 2017’s Get Out.

The film, which is due out in the UK on February 26, recently received four stars in NME and was described as “a biblical betrayal with powerhouse performances”.

Kaluuya has been nominated for Best Actor in a Supporting Role in Any Motion Picture for his performance.

Last October, the singer backed the #EndSARS protests during her appearance on Saturday Night Live.


The movement in Nigeria called for an end to police brutality in the country, with SARS referring to a federal unit called the Special Anti-Robbery Squad. The unit has been accused of extortion, sexual assault, waterboarding, holding mock executions and more.

During her debut live performance of ‘Hold On’, H.E.R.’s band all wore black t-shirts emblazoned with “#ENDSARS”.

The likes of Rihanna, Beyoncé and Cardi B have also spoken out about the movement.