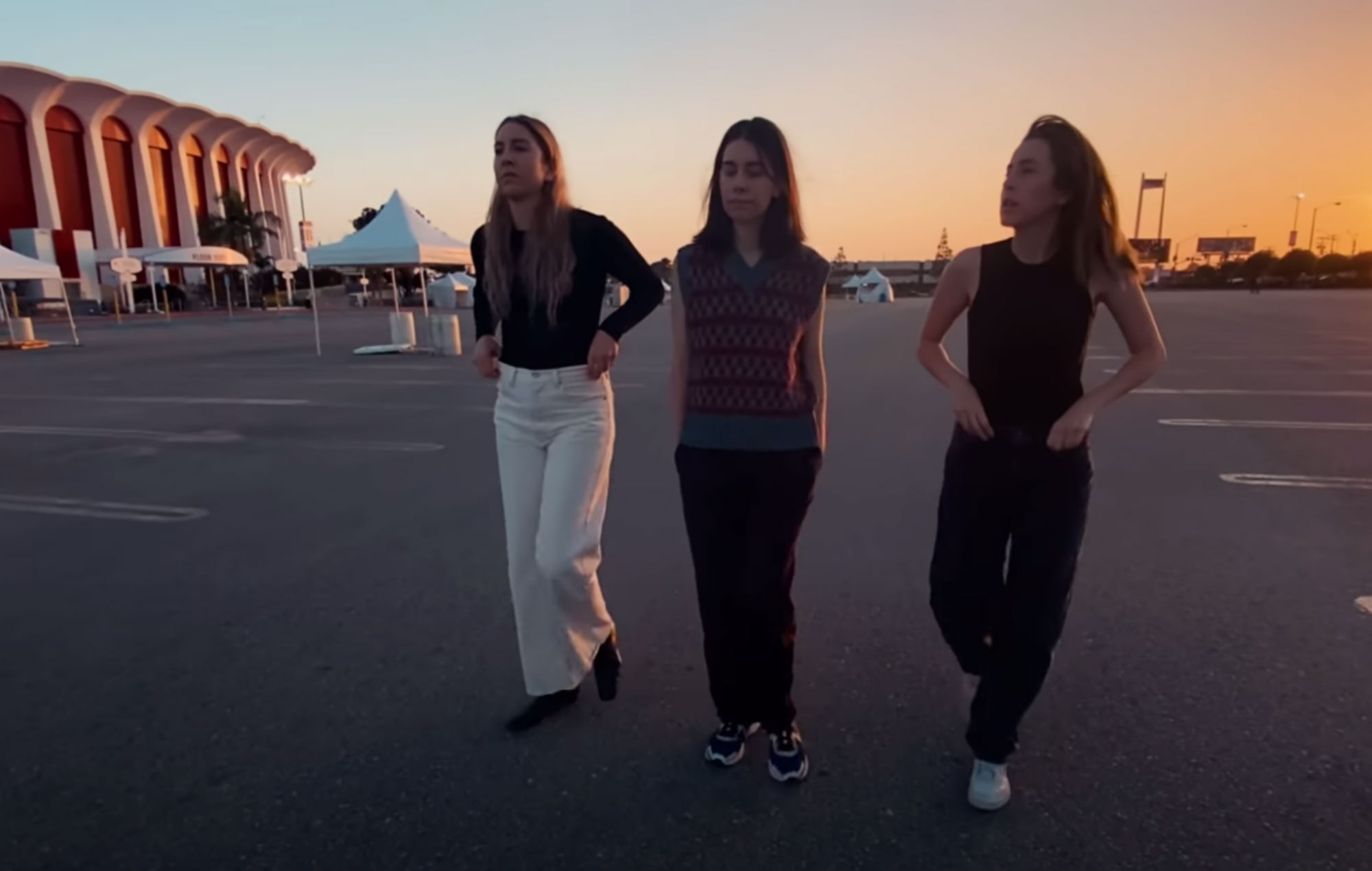 Haim have shared the new video for ‘Don’t Wanna’ — and it’s a timely offering that sees the band running through the empty parking lot of the Los Angeles Forum.

The LA trio were set to play the venue later this year, but the cancellation of gigs worldwide due to the coronavirus pandemic means that the parking lot is the closest they’ll get to it this year.

In the new clip for the ‘Women in Music Pt. III’ track, the band are seen strolling through the lot at sunset, before eventually breaking out into a full-on run.

Haim said of the Jake Schreir-directed video: “We were so excited to headline the Forum on our upcoming tour – but when quarantine hit, we had to change our plans. thank you to the @TheForum for letting us run around in your parking lot tho.”

The clip follows the release of their third album earlier this month, which NME described as “somehow punky, vulnerable and soothing – and a thing of great beauty.”

NME‘s five-star verdict stated: “By breaking from what the world might expect from them and letting themselves do whatever the hell they want, they have produced a record that’s experimental, soothing and vulnerable; it’s a thing of great beauty.”