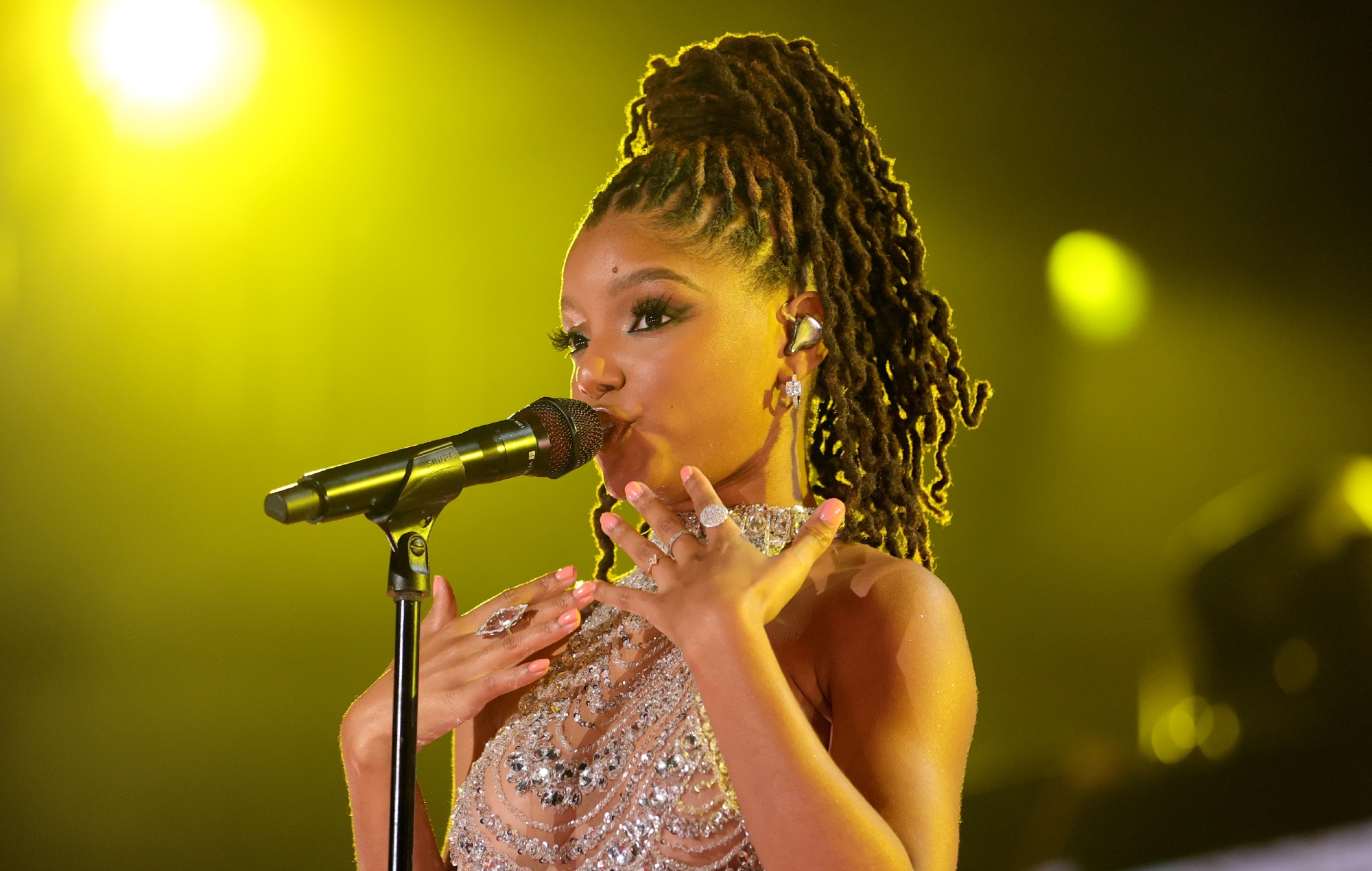 Halle Bailey, one half of American sister singer-songwriter duo Chloe x Halle, has shared an intricate cover of Radiohead’s ‘Creep’.

The singer-songwriter took to social media on Wednesday (December 22) to share the cover, which was originally uploaded onto her TikTok account. “My version of creepppp this song was in my head all day i had to sing it to get it out!,” Bailey said.

Watch the short cover below.

my version of creepppp this song was in my head all day i had to sing it to get it out ! 🥰🤣

For the cover, Bailey only performs the iconic track’s first verse and chorus, before wrapping up. Throughout the cover, Halle turns in a delicate performance, adding in her own unique flair to it with falsetto vocals set against her distorted guitar.

‘Creep’ marks the latest cover that Halle has shared on her TikTok account, following SZA and Summer Walker’s ‘No Love’ earlier this month, Coldplay’s ‘Fix U’ in May and ‘Rain’ by SWV in March.

In June, Chloe x Halle recorded a cover of TLC’s ‘Waterfalls’ for Apple Music’s Freedom Songs collection, which celebrated covers and original tracks that touch upon the topic of freedom.

Earlier this year, Chloe x Halle shared a cover of Ray Charles’ ‘Georgia On My Mind’ for an ESPN commercial ahead of the Masters golf tournament in April.

In September last year, the sister duo enlisted the help of Doja Cat, City Girls and Mulatto for a remix of their single, ‘Do It’. ‘Do It’ was originally released as the lead single to Chloe x Halle’s second studio album, ‘Ungodly Hour’, which came out in June 2020.