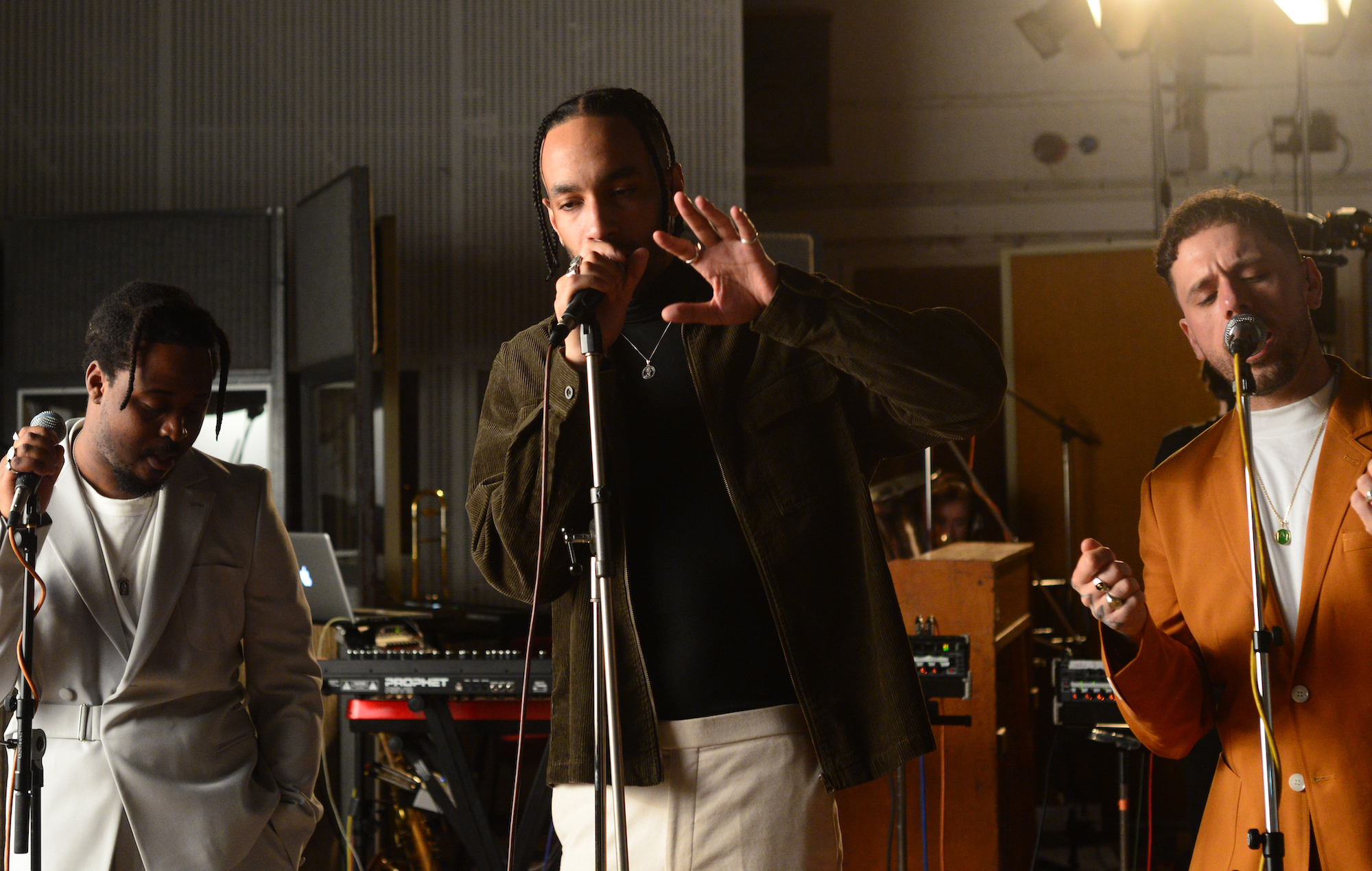 Colchester hip-hop collective Monster Florence have shared a new video of them performing their single ‘Handstand’ at the legendary Abbey Road Studios – watch it on NME.com first below.

The track is lifted from the six-piece’s recent EP ‘Cowboys and Idiots’, which came out in May.

Speaking about the new performance, the band’s Tom Donovan said: “When we came to recording the live performance of ‘Handstand’ we found ourselves in a situation that, between the 6 of us, there was no way we could recreate the fullness of the studio recording. So we brought in a couple of close friends who we collaborate with to fill in the missing instruments.

“We got Will and Robin in to handle piano and double bass duties. We knew that had a string quartet with us on the day, so Jonny knocked up a string arrangement to lift it.”

He continued: “When we ran through for the first time, we all stood there in silence trying to take in how magical it sounded. What you see on the video is the second take of it. We agreed to leave it there, as we knew that it couldn’t get any better than that performance.

“Performing on the hallowed grounds of Abbey Road brought the best out of all of us. Our engineer Paul even got out one of the old pianos used by the Beatles to use on it. The live version is one of our most proud performances.”