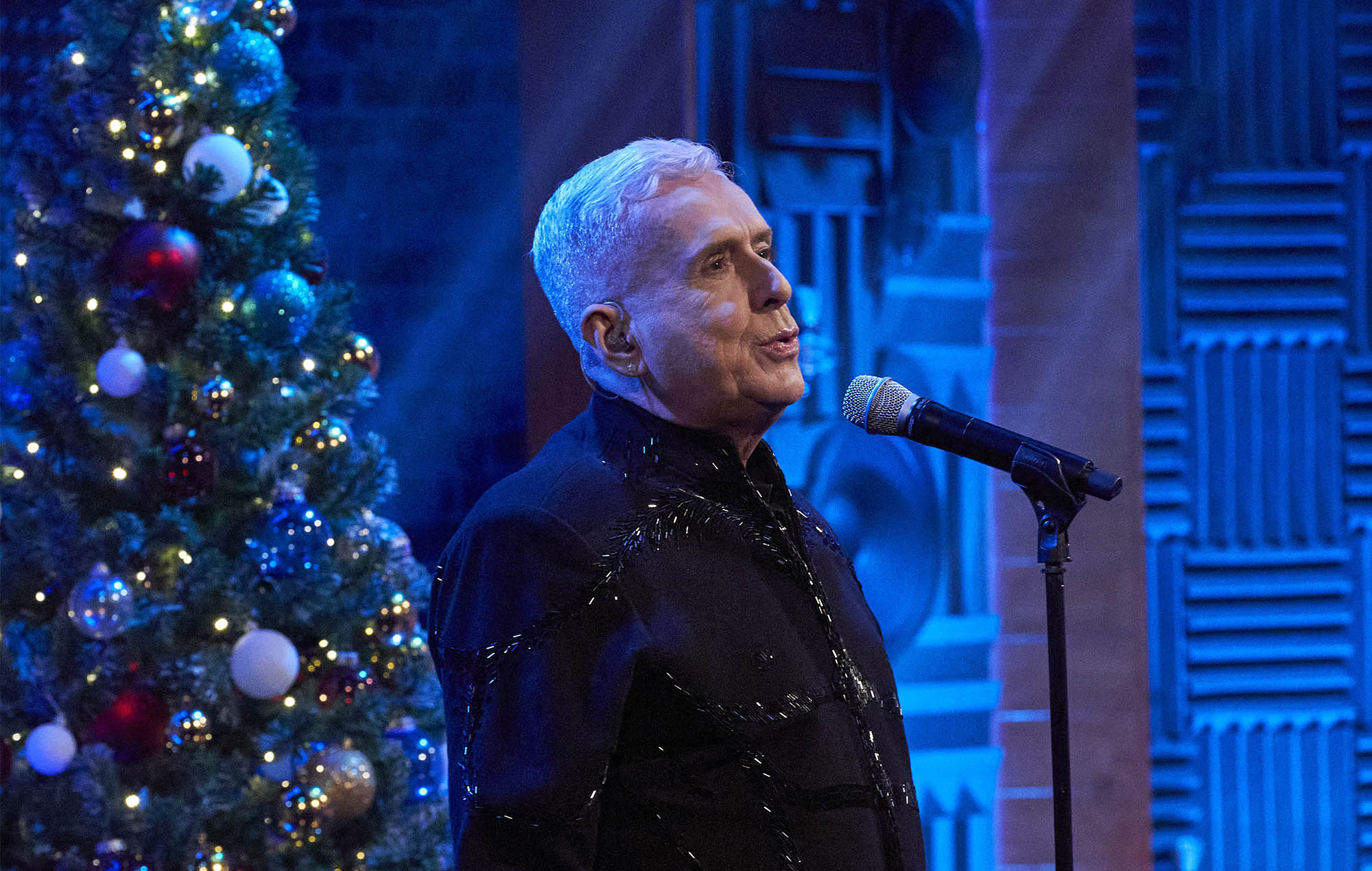 Holly Johnson has performed ‘The Power of Love’ on Never Mind The Buzzcocks – check it out above.

The Frankie Goes To Hollywood singer took to the stage in the rebooted Buzzcocks Christmas special, for a rendition of their 1984 single.

In the forthcoming special, which airs tonight (December 15), Johnson takes to the stage alongside presenter Greg Davies and regular panelists Noel Fielding, Jamali Maddix and Daisy May Cooper.

Take a look at a teaser of the festive episode here:

Discussing his move from Taskmaster to Buzzcocks, Greg Davies told NME earlier this year: ““It’s funny for me coming from an entertainment show like Taskmaster, where I’m a despot handed power, to Buzzocks where it’s chaos (DRINK!), and I barely felt in control in a pleasingly silly way.

“It was an explosive start out of the gates that continued, and I think we’ve found a bizarre alchemy.”

Having worked with Fielding, Cooper and Maddix on Taskmaster, Davies added:  “As soon as they told me who the Buzzocks team captains were, I just went: Fucking great!”

The Never Mind The Buzzcocks Christmas special airs on Sky Max at 9pm GMT on December 15.

The special will then be repeated on Sky Max on December 17 at 9pm, and will subsequently be available to watch on demand on Sky and NOW.