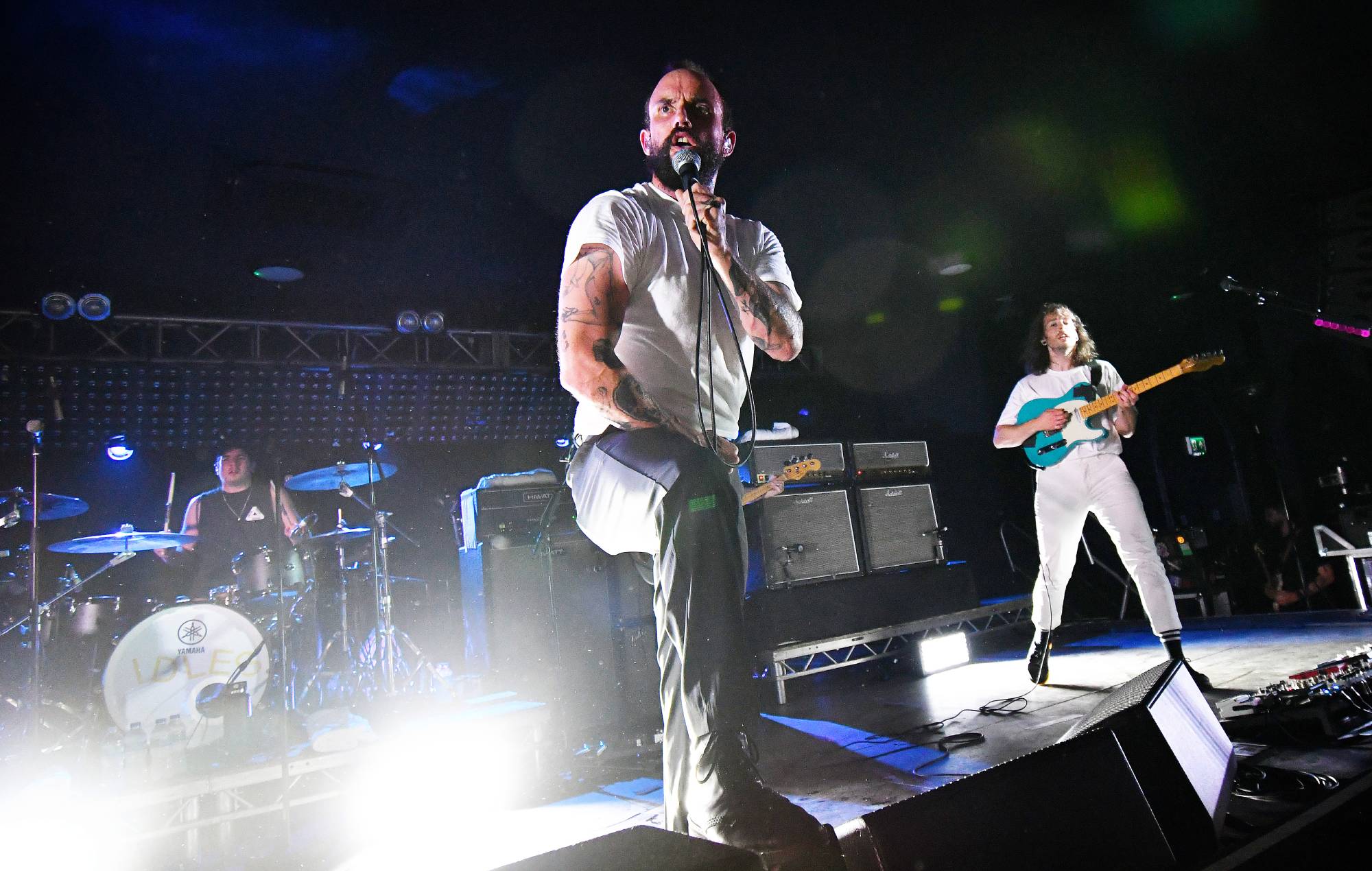 Watch IDLES’ unsettling new video for ‘When The Lights Come On’

IDLES have shared the unsettling new video for their song ‘When The Lights Come On’ – you can check out the clip below.

The song is taken from the Bristol band’s fourth album ‘Crawler’, which was released last month.

Directed and edited by IDLES guitarist Lee Kiernan and written by frontman Joe Talbot, the video for ‘When The Lights Come On’ stars Heavy Lungs’ George Garratt.

Garratt is seen in the black-and-white clip riding a bicycle at night while wearing spike-pronged body armour and sunglasses – footage of which is interspersed with clips of him dancing topless in the street and falling over in slow motion.

You can watch IDLES’ video for ‘When The Lights Come On’ below.

“When the lights come on. Our third offering from ‘Crawler’,” Talbot wrote in a statement about the song.

“A poem of light and sound exploring the cold light of day. Thank you x”

IDLES will embark on their rescheduled UK and Ireland tour next month – you can see the dates below.

Over the weekend IDLES featured in the latest instalment of Kenny Beats’ YouTube series The Cave, where the two artists made “an instant fucking classic”.