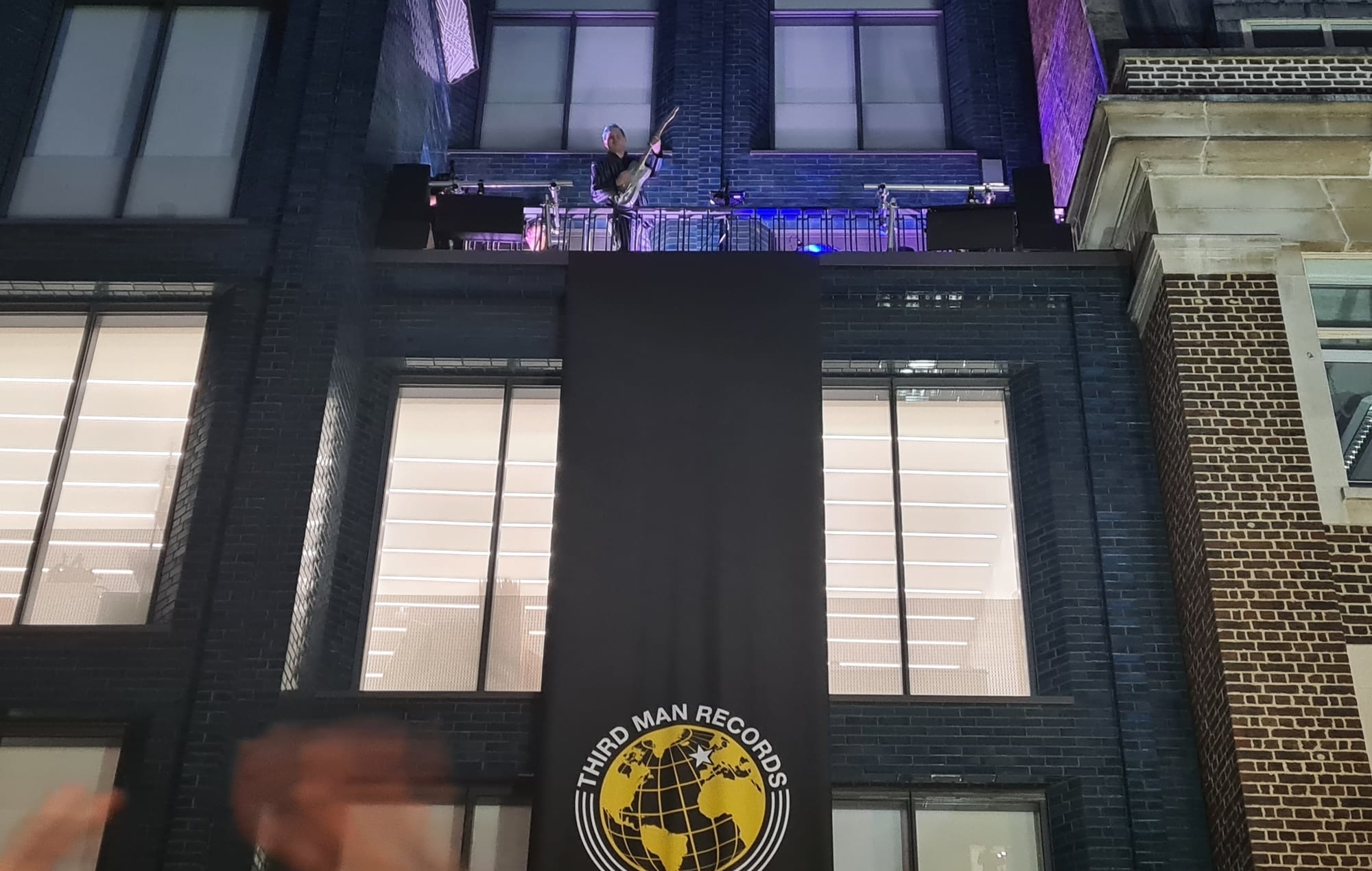 Jack White played a surprise set on a London rooftop this evening (September 25) to celebrate the grand opening of his new Third Man Records store.

The shop is the record label’s third physical outlet, with the London space – Third Man’s first outside the US – joining existing buildings in Nashville, Tennessee and Detroit, Michigan.

Located on 1 Marshall Street in Soho, London (W1F 9BA), the new store officially opened to the public earlier this afternoon (September 25), with hundreds of people queuing around the block to get in.

White, who was on hand to oversee proceedings, took to a neighbouring rooftop – owned by Damien Hirst – on Beak Street to deliver a performance on a balcony above a huge Third Man Records banner.

He opened with The White Stripes‘ ‘Dead Leaves On The Dirty Ground’, after which he said to the crowd: “Good evening, London.” White then launched into ‘Lazarretto’, followed by The Raconteurs track ‘Steady As She Goes’, before which he asked those in attendance: “London, let me ask you a favour again, can you clap along with the snare drum?”

Fully aware of the fact that there are people who live in the surrounding buildings who might have found his impromptu gig an inconvenience, White said: “I wanna play a song to all the neighbours we’re upsetting now, to the neighbours we’re about to be friends with now, and to Damien Hirst who let us use his balcony.” He then performed White Stripes track ‘We Are Gonna Be Friends’.

“Thank you, London,” White said, before ending his performance with the classic White Stripes anthem ‘Seven Nation Army’. You can see footage and pictures from White’s performance below:

Jack White is playing live on the roof pic.twitter.com/YFzs4MDIJS

Soho is buzzing jack white playing opposite my roof 😂😂😂 pic.twitter.com/55SJMepfKy

Had a great time at the @thirdmanrecords London opening and so awesome to see Jack White play live!! pic.twitter.com/XCdR4OPuSL

In celebration of the store’s opening, Third Man Records have released a host of new or previously unreleased records by the likes of Paul Weller, David Ruffin, The Jesus and Mary Chain, Cornershop, Gina Birch of The Raincoats and the ‘lost’ Manchester group The Magic Roundabout.