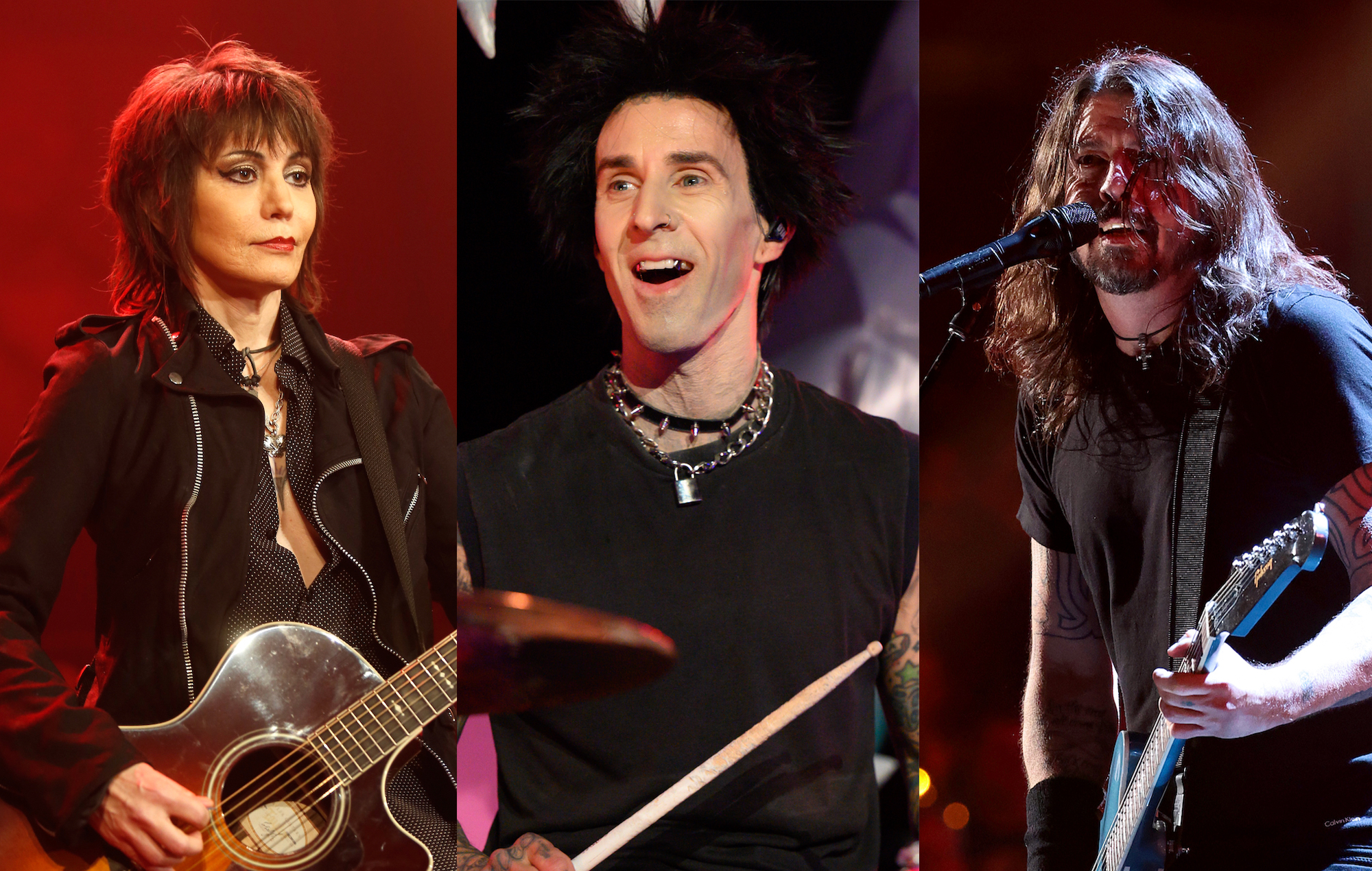 Joan Jett made an early appearance at today’s (September 27) Taylor Hawkins tribute concert in Los Angeles, joining the surviving members of Foo Fighters – with Blink-182’s Travis Barker sitting in for Hawkins on drums – to perform two of her biggest hits from the ‘80s.

The one-off supergroup delivered renditions of ‘Cherry Bomb’ (from 1984’s ‘Glorious Results of a Misspent Youth’) and ‘Bad Reputation’ (from Jett’s self-titled 1980 album, reissued a year later as ‘Bad Reputation’). The latter was a particularly special inclusion, given that Jett and the Foos have teamed up several times throughout the years to perform it together.

One notable team-up, in 2011, saw Jett join the Foos to perform ‘Bad Reputation’ on Late Night With David Letterman. Footage of tonight’s performance is yet to emerge – unlike the concert held in London earlier this month, LA’s is not being live-streamed – but in the meantime, you can see crowd-shot footage of the group playing ‘Cherry Bomb’ below:

Back in May, Jett shared her memories of Hawkins in an interview with NME. She remembered the late drummer as “a fuckin’ wonderful guy”, adding: “[He] would light up a room. Kick-ass drummer.” She also recalled in how she and her band, The Blackhearts, first met the Foos “around 2010”, where they “all really hit it off”.

On the topic of their joint Letterman performance, she said: “Just little things like that, they included me in. It was very, sort of, familial. We’re all sittin’ backstage, runnin’ through songs. I can see [Taylor] now on his drum pad, whacking away. He’s a wonderful guy.”

The interview came after Jett delivered a touching ode to Hawkins on-stage in March, paying tribute to “one of the greatest drummers of our time” at a show just hours after his death on March 25.