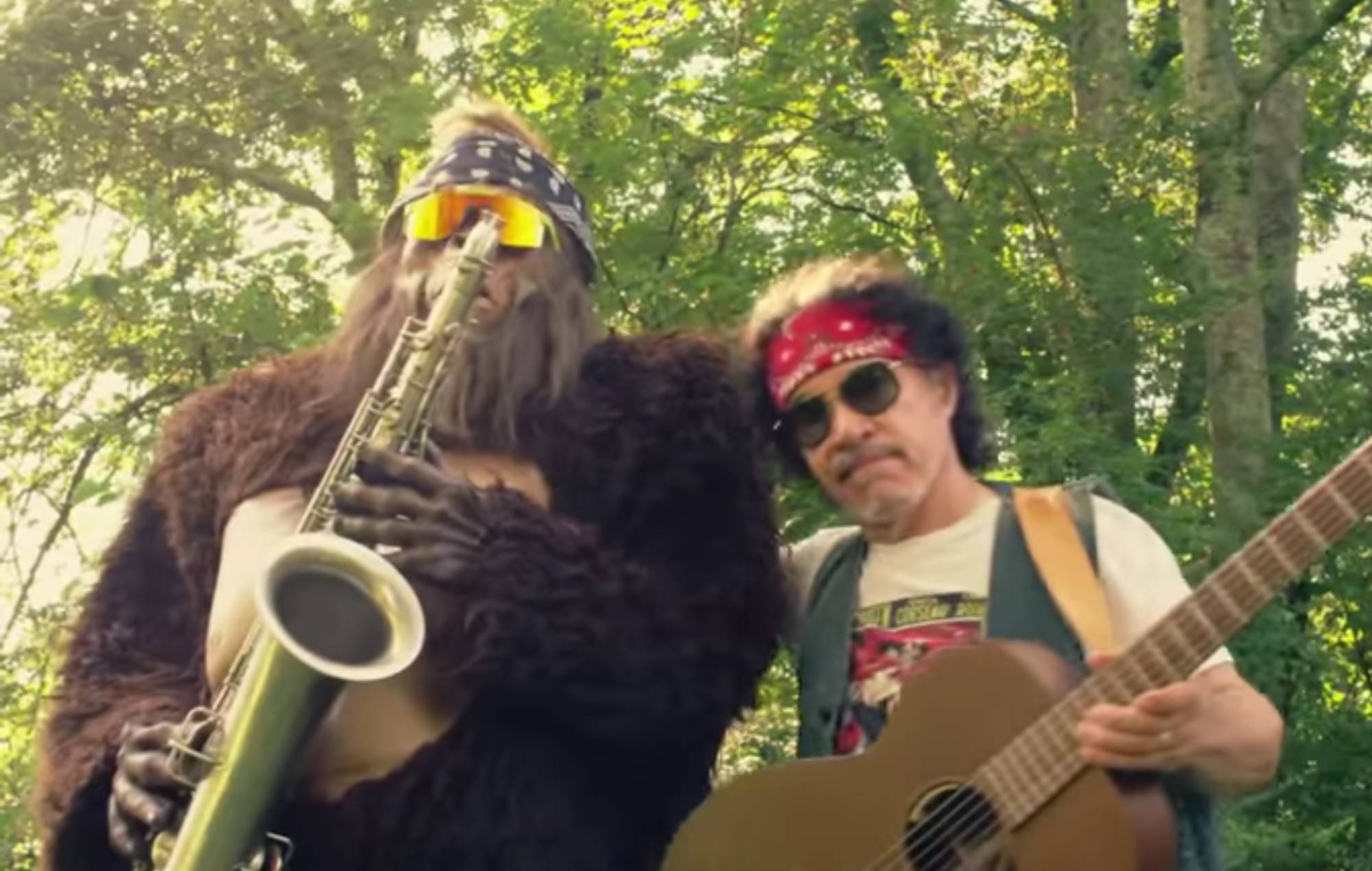 John Oates has released a new version of Hall & Oates’ ‘Maneater’, updating the classic track via an EDM collaboration with a saxophone-playing sasquatch.

Speaking of the unusual collaboration in a statement (via Ultimate Classic Rock), Oates explained: “I’ve had a lot of otherworldly experiences in my career, but none as mystical and magical as this collab with the amazing, soulful Saxsquatch. He brings the funk out of the forest and puts a smile on the face of the world. Meeting him in the woods to shoot the video was a life-changing moment.

“As soon as we began recording, I knew we had something special. The mark of a good song is that it can be reimagined in lots of ways, and this is, without a doubt, the coolest version I’ve ever heard.”

The 1982 single originally featured Daryl Hall on lead vocals, but – in a departure from tradition that extends beyond the addition of a person dressed as a mythological sax-wielding primate – Oates sings on this version.

Watch Oates and Saxsquatch perform together in the music video below:

Saxsquatch added in a statement: “I like music that gets people’s big feet tapping along. It’s been a tough year for everyone. We could all use music and stories that help us dance and feel less alone. I know a lot about feeling alone.”

Speaking to Forbes in a new interview with the duo, Saxsquatch elaborated on the importance of ‘Maneater’ in his life.

“My whole life, this song has been in my family,” he said. “My grandfather, his name was Gigfoot, he played this song on his guitar all the time, with him singing it.

“I come from a very musical family and I would play this song actually on Valentine’s Day, every day because women always break my heart. You know? The female quatches are ruthless.”

Explaining why she chose to cover the iconic track, she joked: “I think it’s very important to be transparent. I’m freshly single, so anyone watching that’s my future ex-husband, just know, I told you.”